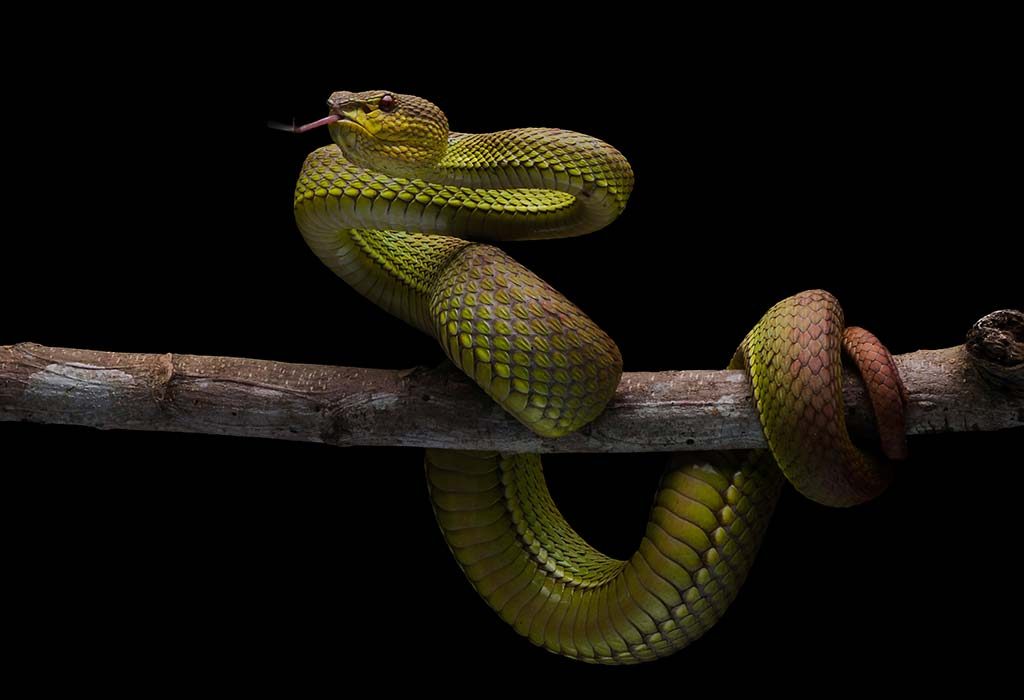 One of the most interesting reptiles around us, snakes tend to inspire fear as well as excitement in anyone who sees them. When getting more information on rattlesnakes or pythons, understanding what separates them and what makes them the same is essential to create an interest in snakes within children. Some fascinating aspects of these creatures can help dispel myths and work towards conserving them.

15 Amazing Facts about Snakes for Children

Understanding the facts and different kinds of trivia about snakes can help you stay more informed and even get excited about them, whether you’re looking to have pet snakes or not. Here are some amazing facts about snakes that you ought to know.

1. There are Nearly 3000 Varieties of Snakes

Snakes don’t have ears at all. Snakes stay close to the ground and slide flat to it as much as possible. This is because they sense and judge the movement through vibrations on the ground, using their jaws.

3. Most Poisonous Snakes Have Bright Colours

The bright colours are a great warning sign for any kind of predator to instantly realize that this snake could be poisonous and can kill them if they bite. However, a few non-venomous snakes have this quality and have bright colours on their scales, too. This fools the predators and keeps them safe.

4. Snakes Live Longer in Zoos Than in the Wild

One of the most interesting pieces of snakes information for kids on the internet to note is that snakes live longer in captivity and grow larger as well. An anaconda in South America has lived for nearly 28 years. Some anacondas are known to grow up to as long as 38 feet and can weigh upwards of 120 kg.

5. Snakes Eat Only When They Feel Hungry

Many snakes have different times when they feel hungry. Some can eat every 2-3 days, while others eat once in two weeks or even once a month. It all depends on their physical activity, which is why snakes in zoos tend to eat only a few times in the entire year. 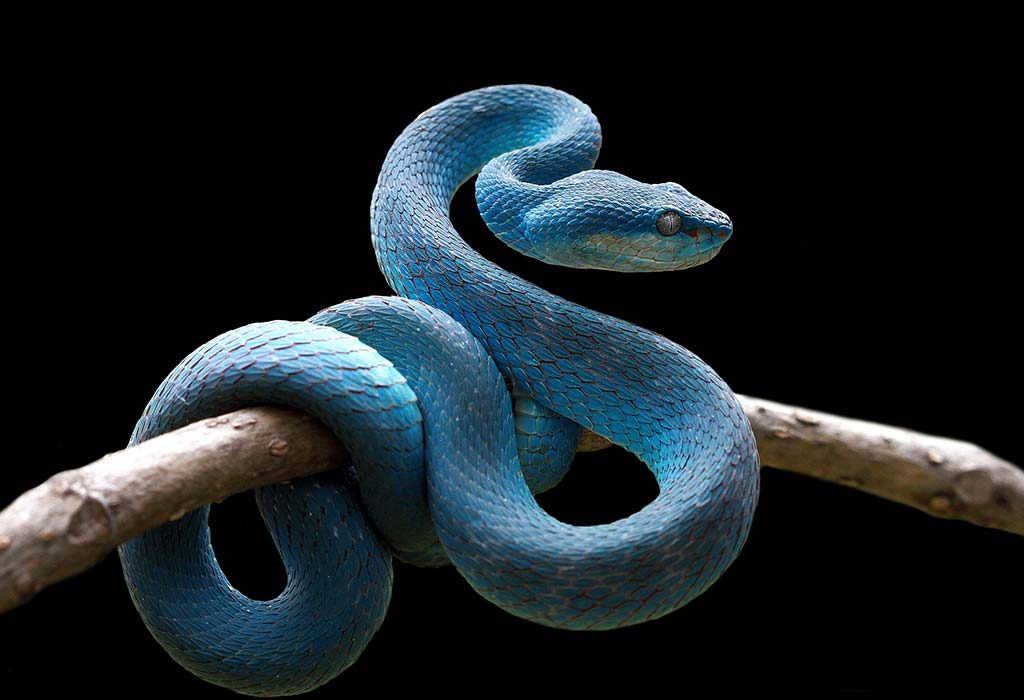 Most snakes have around 200 teeth that allow them to chew their food. The muscle tendons around their jaw allow them to open their mouth to eat something that is more than 3 times larger than them. Thus, they bite their prey and hold on to it, while slowly swallowing it down.

The skin of snakes is made of scales that are placed together so intelligently that dirt barely catches on to them. Therefore, they don’t tend to take a bath as such. On regular occasions, they do get rid of their skin to be replaced with a new one.

One of the important python facts is that snakes like these end up eating rats, rodents, and other animals as well as insects that tend to destroy and ruin crops. Therefore, having a snake around is actually beneficial to many farmers and adjoining areas.

With their slender and agile bodies, snakes can slide quickly from one point to another. The black mamba, one of the most dangerous snakes, is known to slither at a speed of nearly 12km/hr.

Okay, snakes don’t fly like birds but they can flatten their bodies to trap air under them, allowing for a gliding movement when they fall from a height. Many snake species tend to do this. 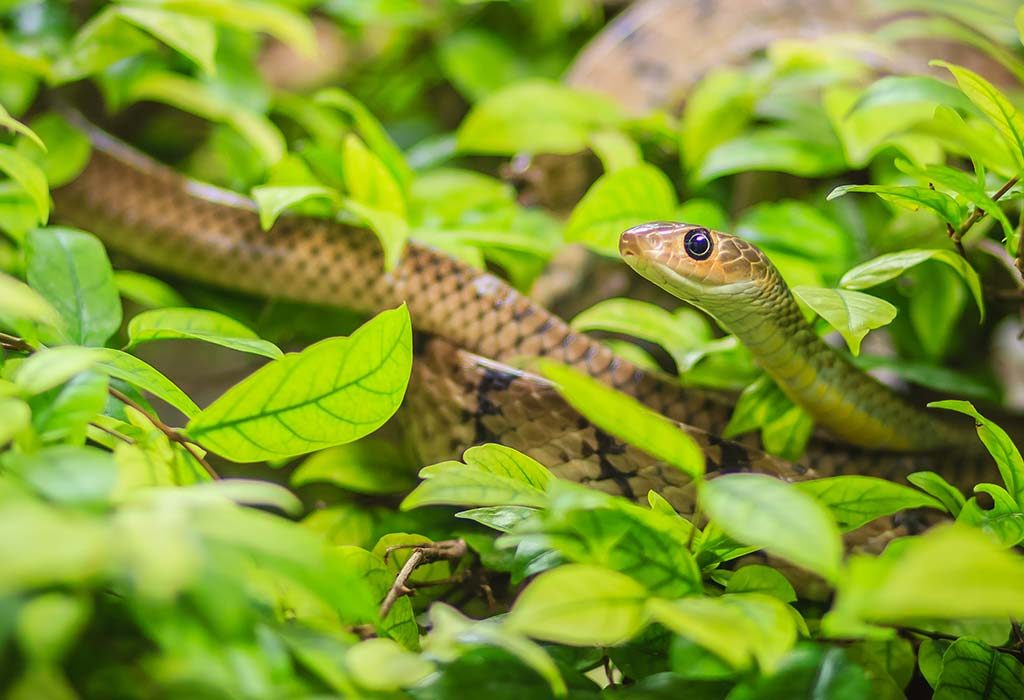 11. A Snake’s Venom Has Multiple Purposes

The snake uses its venom while hunting in order to paralyse its prey or kill it making it easy for eating the food. But if the venom is extracted, then scientists can use its properties to make life-saving medicines as well.

Although some snakes have eyes, they cannot see properly even in the day. Therefore, they make use of tiny holes in front of their mouth to sense the heat around them, allowing them to hunt even in the night.

Although they rely on the sense of smell, snakes don’t have noses. Their tongues, however, can pick up chemical molecules from the air and analyze them to understand their environment better.

14. Sea Snakes Breathe Through Their Skin

Amongst the fun sea snake facts, one of the most interesting ones is their ability to breathe underwater. They can do this partially through their skin, which allows them to hunt for prey for a longer time.

15. Snakes Respond to Movement and Not Sound

If you’ve seen a snake charmer, the music is just a distraction for the audience. The snake actually moves to the movement of the instrument and not the music.

Putting together some interesting king cobra facts for kids and even about other varieties of snakes helps your children dissolve the fear around the species and look at them from a scientific perspective. Snakes are animals in their own right and deserve to be cared properly, too.