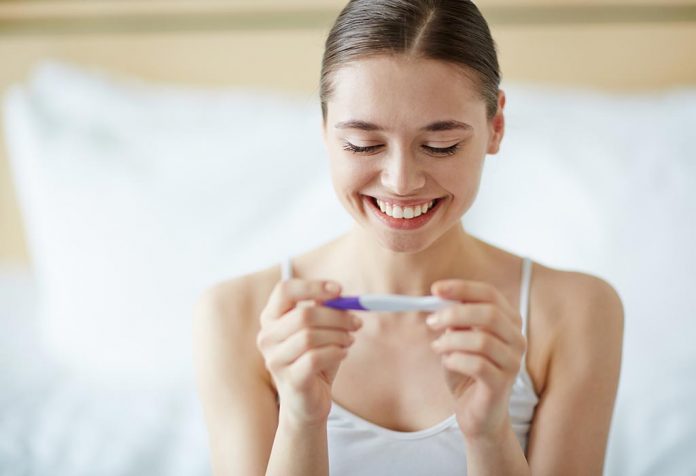 Couples trying to get pregnant might already be familiar with the two-week or 14 days waiting period after ovulation. This is a very important milestone since, at 14 days, the chances of getting accurate results are higher when compared to the tests taken at 9 and 12 DPO. Moreover, at 14 days past ovulation, many women begin experiencing various early pregnancy symptoms that help them know if they are pregnant. Read on to find out more about 14 DPO and what you should look out for at this stage.

Ovulation usually occurs somewhere between 11 and 21 days of the cycle (depending on how long your cycle is). 14 DPO means 14 days past ovulation, and, if you have been trying to conceive, it is considered to be the right time to check if you are pregnant. At 14 DPO, the levels of the human chorionic gonadotropin hormone (hCG) are usually high enough to be detected by the pregnancy test and get positive results.

What Are the Symptoms After 14 Days Past Ovulation?

Fatigue is a common pregnancy symptom that occurs due to hormonal changes. This is usually accompanied by extreme exhaustion and sleepiness. During the early days of pregnancy, the progesterone levels in the body increase, and cause tiredness and sleepiness. Another reason for fatigue is the production of extra blood by the body to support the growing fetus.

Hormonal changes that occur during 14 DPO may cause cravings for certain foods. During the early weeks of pregnancy, you may also develop sensitivity to certain smells or odors and even a difference in the sense of taste to various foods. These 14 DPO symptoms may stick around throughout the pregnancy for women.

Another pregnancy symptom many women face is tender and swollen breasts. During the early days of pregnancy, hormonal fluctuations in the body are common but it makes breasts sensitive, sore, heavier with darker nipples, and tender. However, this usually reduces after a few weeks when the body begins adjusting to the changes in hormones.

Every woman who has been trying to conceive wonders when the right time to take a pregnancy test is, so that it would give them a positive result. You can always take a pregnancy test, even during the early days – however, your chances of getting a positive result during the first few days of conception are very less. The reason for this is that the body will begin the production of the hCG only after a fertilized egg properly implants itself into the lining of the uterus.

So, when you take a pregnancy test, it detects the level of this hormone in the body and if the implantation is incomplete, your results will show negative because the hCG level is still low. Implantation usually occurs somewhere between 6 and 10 days after ovulation and after the fertilized egg is implanted, the hormone begins doubling in about 2-3 days.

Therefore, when women take pregnancy tests at 14 DPO, about 90 per cent of them get positive results. The chances of getting 14 DPO negative test results are very low. You could also confirm your pregnancy by taking a blood test as early as 11 DPO but normal, store-bought pregnancy tests may not still be accurate.

At 14 DPO, your blood test will be 99 per cent accurate because even lower levels of hCG can be detected through blood tests. If the pregnancy test you took at 14 DPO shows a negative, there are chances of it being a false negative, since about 8 per cent of pregnant women get a false-negative result in their 14 DPO pregnancy tests.

A false-negative happens when the pregnancy test shows negative even when the woman is pregnant. A common reason for a 14 DPO BFN (big fat negative) is when the level of hCG in the urine is not high enough to be detected by a pregnancy test. This could happen when:

Does Bleeding at 14 Days Post Ovulation Indicate Implantation or Periods?

Implantation bleeding or spotting is bleeding that normally occurs after conception sometime around 10 to 14 days. Implantation bleeding occurs when the fertilized egg begins implanting itself into the uterus lining, and the bleeding is usually seen a few days before or around the time of your period date, making it a bit hard to know if it is normal or if it means you are pregnant.

Implantation bleeding caused due to the implantation of a fertilized egg is usually lighter than the normal period flow; this is one way to check for 14 DPO spotting. Along with the spotting, you could check for other early pregnancy symptoms like headaches, nausea, light cramping, mood swings, tender breasts, and lower backaches.

The colour of the 14 DPO spotting caused due to implantation can range from a rust-brown to even a light pink. It may last anywhere between a few hours to even a few days but there should not be any clots in the spotting. Spotting is not a full flow and sometimes you may not even notice it. However, if you experience heavy bleeding but feel like you are pregnant, then it is best to contact your doctor.

When you are trying to conceive, 14 DPO is considered to be a very important milestone, since your hCG is likely to be at the right level to result in various pregnancy symptoms at this time. A few of these pregnancy symptoms include implantation bleeding along with mild abdominal cramping, sore and tender breasts, fatigue, and food aversions and cravings. About 90% of women who experience these symptoms at 14 DPO get positive results in their pregnancy tests.

At 14 DPO, no matter what result you get in your normal pregnancy test, it is best to take a blood test to confirm the result. If you have been experiencing early pregnancy symptoms but still get a negative pregnancy test, wait for a few more days to take another test.

70 Names Starting With ‘Cas’ for Boys

The Journey of Pregnancy

Becoming a Mother for the First Time: Perspective of an Independent Women