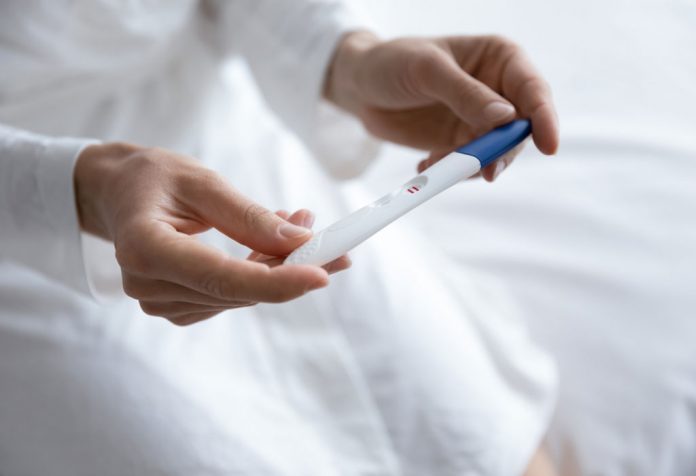 If you have been trying to conceive for some time now and experience even a couple of pregnancy symptoms (that are also symptoms of periods), you will want to take a pregnancy test. We understand that you must be anxious and will want to take a test as early as you can. Usually, most women don’t suspect they are pregnant until days after they’ve missed their first period, which can be approximately 15 days after ovulation. But some women may experience signs of pregnancy a little earlier, i.e., around 12 DPO. The chances of getting accurate pregnancy test results at 12 days past ovulation are high. To know more about 12 DPO, the symptoms experienced, and more, read on!

One of the most common signs of ovulation is that you may experience a change in the basal body temperature. After an egg is released, the basal body temperature (BBT) may rise a little (less than a degree). During ovulation, the corpus luteum will be formed; a temporary endocrine structure that helps in the production of progesterone, and this progesterone is responsible for the increase in BBT.

Pregnancy Symptoms at 12 Days Past Ovulation

These signs at 12 DPO will let you know if you’re pregnant:

The cramps you may experience at 12 DPO may feel a lot like the cramps you get a few days before or during your periods. After ovulation, usually, it may take somewhere between 7 and 12 days for an egg that is fertilized to implant itself into the inner lining of the endometrium – the uterus. Therefore, cramping is just the uterus responding to the egg implanting itself into the nutrient-rich inner lining of the uterus.

If you usually get menstrual cramps a few days before the day of your period, but the cramps started much earlier than that, then it could be a sign that you are pregnant. Cramps caused by pregnancy also tend to be a bit milder when compared to period cramps and can appear intermittently over many days.

Another common early pregnancy symptom is brown spotting which is usually seen at around 12 DPO. Light vaginal bleeding, also called the implantation bleeding, is seen by a few pregnant women at approximately 7-12 DPO. Bleeding is caused when the fertilized egg attaches itself into the inner lining of the uterine wall since this can cause some of the lining (including other fluids like blood) to shed. Implantation bleeding is usually very light and would not last more than three days if the woman is pregnant. Otherwise, it could just be the normal menstruation.

Sore or tender breasts are another common symptom of pregnancy, but women also have sore breasts before their periods. If it is indeed a symptom of 12 DPO, then after the fertilized egg implants itself, there will be an increase in the production of human Chorionic Gonadotropin hormone (hCG). There will be more blood flow to the breasts and hence, they may become tender.

Pregnancy usually increases the volume of various fluids and blood in the body. When this happens, your kidneys will have to work harder than usual to process the increased amounts of fluids, and your bladder will fill up faster than usual. This is why you might find yourself going to the bathroom more frequently during the early days of pregnancy.

However, it is important to note that these symptoms alone will not be enough to come to a conclusion. Most of these symptoms are similar to the ones that women experience a few days before their periods. As most 12 DPO symptoms are often confused with PMS symptoms, you may be pregnant and mistake them for PMS symptoms. It is only after you’ve missed your period, will you consider taking a test. But now that you know about 12 DPO, you can take a test early if you experience the above-mentioned symptoms.

Since premenstrual symptoms are similar to early pregnancy symptoms, many women wonder if 12 days past ovulation is the right time to test using a pregnancy kit or if it is still too early.

Once the fertilized egg attaches itself into the inner lining of the uterus, the body begins producing human Chorionic Gonadotropin hormone (hCG) around 7-12 days past ovulation, which is detected by the pregnancy tests. The hormone will only continue to increase rapidly during the days that follow fertilization, so do not be surprised if your pregnancy tests show a BFP (big fat positive). A pregnancy test may show, at 12 DPO, faint positive lines that could indicate you are pregnant. However, it is recommended to take a pregnancy test the day after you’ve missed your periods. But if you can’t wait, you can always take a test early.

When you want to take a pregnancy test, it is best to follow the instructions that are printed on the package of the kit or make an appointment with your healthcare provider who can conduct a blood test to check if you’re pregnant or not.

12 Days Past Ovulation and Still No Symptoms

Even if you do not experience any of the symptoms at 12 DPO, you need not worry. It could be still too early for you to experience any symptoms. The best way to know that if you are pregnant is to wait for a couple of weeks and then visit your doctor for a pregnancy test.

Many women get a BFP on their 12 DPO test but if yours showed negative, do not lose hope. 12 DPO is still a bit early for accurate results. Keep a positive approach, and you might end up getting a BFP after a few days. And when you get a BFP on your pregnancy kit, make sure to get an appointment with your healthcare provider to confirm the result.