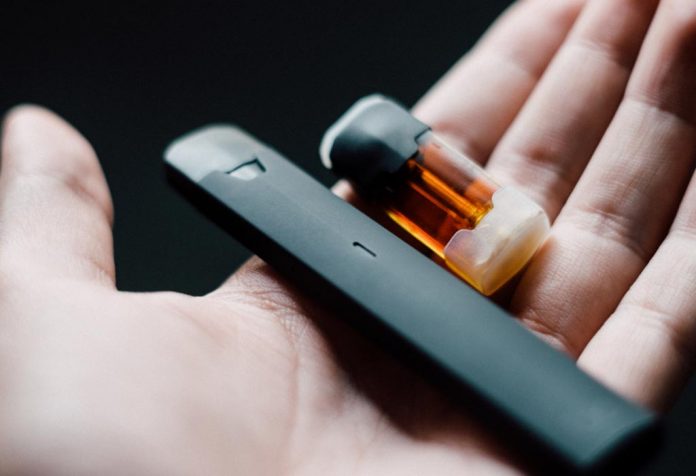 Most people are well aware that smoking while pregnant is quite harmful to both the mother and the baby. Even so, some women may continue their nicotine habit even while they are expecting. Some of them might also make an effort to change their habits, and thus look for options to replace their cigarettes, or to stop. Women who want to quit, but find it difficult, will sometimes switch over to e-cigarettes. Those who manufacture e-cigarettes sometimes hype up their product by claiming that vaping is safe. But is it really, and can you vape while pregnant?

Are E-Cigarettes Safer Than Traditional Cigarettes? 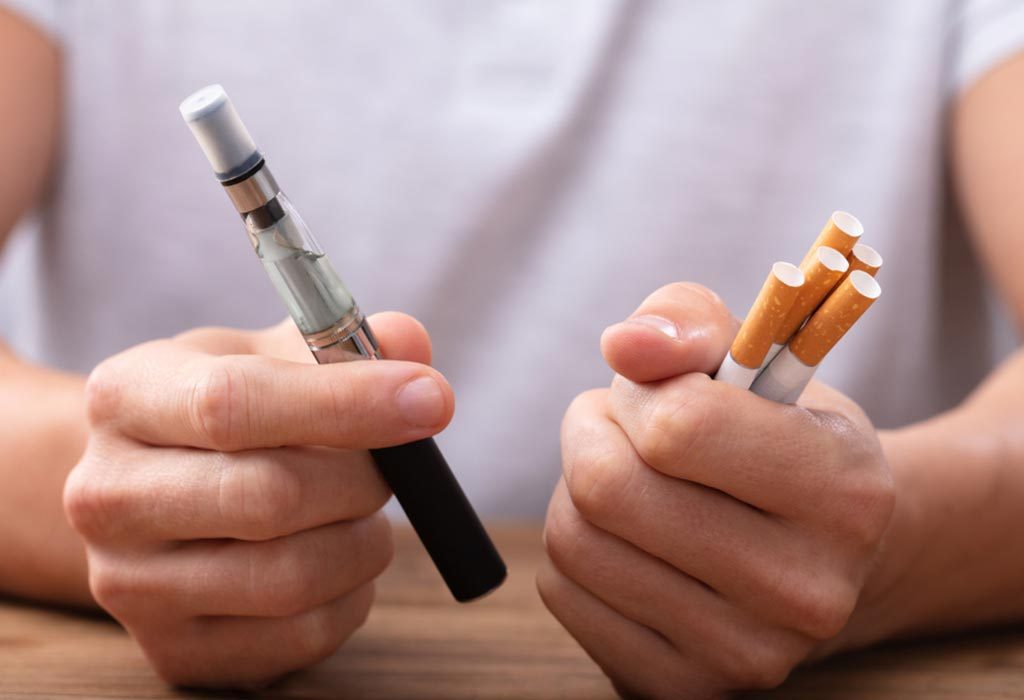 E-cigarettes have also been linked to lung diseases and cancer. The level of nicotine that is present in e-cigarettes is not always reported correctly on the packaging. Harmful chemicals other than nicotine have been found in e-cigarette aerosols, cartridges, and refills, making them a serious threat to health.

What E-Liquids Do E-Cigarettes Contain?

The liquid that is heated to produce the steam in e-cigarettes to be inhaled by the user is often called e-liquid. It is also known by other names, such as vape juice or e-juice. While there are many chemicals that may go into making the e-liquid, there are four standard ingredients that are used. These are nicotine, water, vegetable glycerine base of propylene glycol, and flavorings. Let us look at each component in a little more detail:

This is the ingredient in e-cigarettes that makes it addictive. The same holds true for regular cigarettes. Nicotine is known to raise rate of respiration, blood pressure, and heart rate. It is also known for stimulating the user’s central nervous system. Upon reaching the brain, dopamine levels start increasing, and a feeling of pleasure is released. Nicotine is said to be an ingredient that gets the brain primed to become addicted to other substances. Different manufacturers of e-liquids will use different degrees of nicotine while making their products. Some do not use it at all, while others do.

This ingredient is both colorless and odorless. It has a slightly sweet taste to it. This is one of the safer ingredients in e-liquids.

This liquid is made in labs. It is also used in cosmetics and food, and even as an ingredient in artificial fog and smoke. This liquid can be irritating to the eyes as well as the lungs. Those who have lung diseases such as emphysema and asthma will find this a lot more harmful that healthy adults.

The number of flavors available in e-cigarettes is astounding! Over 7,000 flavors have been created, such as coconut, berry blast, cherry, sweet tarts, fresh apple, menthol, and cinnamon. There is a great number of ingredients that are used to create these flavors. One special mention of an ingredient is diacetyl. This ingredient is also known for creating the buttery flavor that is found in some popcorns. Although it is commonly consumed, it is said that it is very dangerous when inhaled. Obliterative bronchiolitis (OB) is a disease that cannot be cured, and it is believed that diacetyl can trigger it.

Dangers of Smoking E-Cigarettes During Pregnancy

If you smoke or vape during pregnancy, you are causing harm to yourself and your unborn child. This may be hard to hear for mothers who are having trouble with quitting their smoking habits. After all, the hype of e-cigarettes was supposed to be that it is a good way to help quit, and it is safer for you. But, e-cigarettes do contain nicotine, so it is still going to cause the same problems as conventional cigarettes.

Here are some serious issues that you need to consider:

Dangers to the Baby

The effects of vaping while pregnant do not just stop at you – they extend to your little one as well. Here are some very real and very serious problems that your baby is at risk of developing if you vape during pregnancy:

Dangers to the Mother

While there are the obvious health issues with nicotine, vaping can have some serious consequences when it comes to your pregnancy specifically. Here are some dangers caused by vaping of which you should be aware:

Risks of Second-Hand Vaping While Pregnant

How to Limit Exposure to E-Cigarettes When Pregnant

If you want to try to avoid any exposure to vapor from e-cigarettes and regular cigarettes, here are a few ways you can try to find success:

Vaping is the lesser of two evils, when it is compared with smoking regular cigarettes. Some would argue that this is only because of the tobacco content that is present in it. So, let’s find out more through some frequently asked questions.

If you are thinking about getting a nicotine-free e-cigarette, the first thing you need to ask yourself is why you want it in the first place. Most people opt for e-cigarettes when they are addicted to nicotine but want to find a way to reduce the dosage that they consume.

The fact is, even if an e-cigarette does not have any nicotine, you are still going to be inhaling a lot of the chemicals that are used in making the e-liquid. This is not good for you or your baby. If you do not have an addiction to nicotine, and you do not need to use an e-cigarette, it is a wiser decision to avoid it altogether.

When an e-cigarette is used, the e-liquid gets heated up and forms carbonyls. These may be quite toxic when inhaled. Some of the carbonyls that are formed include acetaldehyde, butanol, formaldehyde, and acetone.

Acetaldehyde is associated with cancer, as well as negatively affecting memory. Butanol, if consumed in large quantities, can cause pain in the abdomen, vomiting, headaches, low BP, breathing problems, and in some cases, even end in a coma.

Formaldehyde has been known to cause burns if used in large quantities, red blood cell loss, heartbeat abnormalities, and breathing problems. Acetone is bad if consumed in large quantities. It is linked with speech impairments (slurring), low BP, problems in coordination, and headaches.

When a pregnant mother vapes, the chemicals will pass through her placenta and get into the bloodstream of the baby, just like nicotine would. There is not much information that can tell us what effects the chemicals can have on your unborn baby, but it is never good to take such an unnecessary risk.

Can vaping during pregnancy cause long-term behavior or learning problems in an infant?

There have not been enough studies conducted to be able to understand the real effects of e-cigarettes on learning. There have been a few studies that link nicotine to a greater risk of developing learning problems in children. ADHD is one of the learning disabilities that have been noted to be linked with nicotine. This nicotine could be from regular cigarettes or e-cigarettes. It does not matter what was used to get the nicotine in the system. Once it is there, it puts your child at greater risk.

When it comes to e-cigarettes specifically, there are chances that the vapor produced could have a negative impact on memory, coordination, and learning skills later in life.

There is a lot of information out there that will claim that e-cigarettes are a good way to help people stop smoking. But the fact of the matter is, that it is not. Just because something is less dangerous, it does not mean that the element of danger has been actually reduced or eliminated.

While you will need to consume a whole lot of e-cigarettes to really experience negative effects, vaping regularly is going to have a negative impact on you and your child anyway. This is due to the nicotine that has been entering your system steadily over a period of time.

There is no reason that your baby should be put at risk. If you have a smoking habit, and have been looking into e-cigarettes as a way to prevent its effects from reaching your child, the truth is that that is not possible. Vaping is bad for your unborn baby, so it’s best to consider quitting a nicotine habit altogether.

Family of a Drunkard – A Social Issue Coming From the Suburbs

10 Tips to Stay Healthy during a Summer Pregnancy