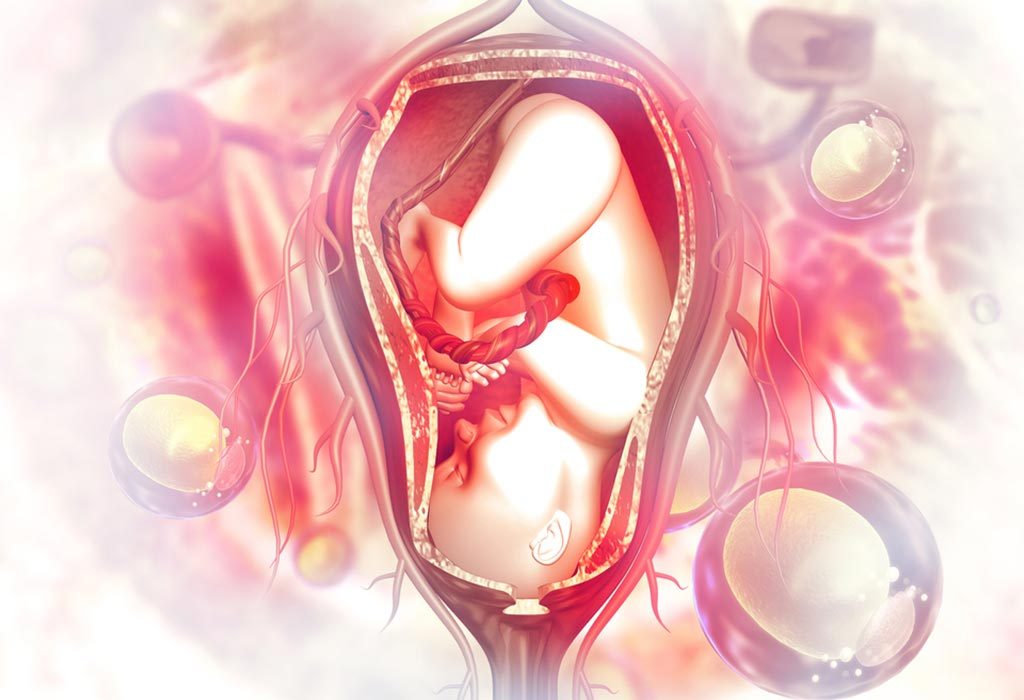 What Is a Normal Umbilical Cord?

A normal umbilical cord will have two arteries and a vein forming a three-vessel cord. It is covered with Wharton’s Jelly, which is a gelatinous substance and is about 50-60 cms in length at birth. The important functions of these blood vessels are as follows:

Now, let’s understand what a two-vessel umbilical cord is and the factors associated with this condition.

What Is a Two-Vessel Umbilical Cord?

Less than 1% of single pregnancies and about 6-11% of multiple pregnancies have this condition. Although the exact cause is unknown, the condition could occur either due to a variety of causes, such as:

As explained above the exact cause of SUA is unknown, and depends on the way the arteries split and form during pregnancy.

The risk factors contributing to the formation of SUA are:

How Is a Single Umbilical Artery (SUA) Diagnosed?

The attending doctors assess the risks for this condition through an ultrasound, especially the Doppler ultrasound. Here are the tests carried out to diagnose the condition:

These tests can detect the problem and determine if your baby will be affected. Mothers who are at risk of developing a two-vessel umbilical cord abnormality are asked to undergo a colour flow Doppler ultrasound scan around the 14th week of pregnancy.   Ultrasound scans are normal in the 18th week of gestation to help detect a two-vessel cord. Can a Single Umbilical Artery (SUA) Affect Your Baby?

While in some cases there are no complications, in others there are risks involved. The condition could affect foetal development and lead to birth abnormalities. Single umbilical artery complications do not necessarily harm your baby. However, certain risks that the baby is exposed to are:

How Is a Single Umbilical Artery (SUA) Cord Treated?

The doctor will monitor the baby’s growth through ultrasound scans, even if there are no complications. When the low-speed ultrasound findings indicate the possibility of SUA, a high-speed ultrasound will be done. If the baby is diagnosed to have a single umbilical artery or other abnormalities, an amniocentesis, where the foetus is tested for congenital abnormalities using a sample of amniotic fluid, is done. High-Speed Doppler Ultrasound scans and colour flow scans could also be scheduled to view the baby’s development. If the baby is born with organ dysfunction, additional monitoring is performed in the NICU.

Can You Prevent Single Umbilical Artery?

So far, there is no way to prevent single umbilical artery, but since there are certain risk factors that increase its possibilities and associated anomalies, a mother-to-be should:

Previous article « Baby’s Positions in the Womb and How to Discover Them
Next article LH Surge – Why Is It Important for Getting Pregnant? »