Playing games on the computer has seen a remarkable surge in the past few decades because of the astounding game graphics and improved storytelling being some of the added advantages! Well, all thanks to the accessibility and power of 21st-century computers that kids today can enjoy from a vast array of engaging genres such as adventure, action, role-playing and many others! In this post, we shall be getting you acquainted with some of our top computer games that we think your kid would enjoy playing! Browse the post to know some popular kids’ computer games.

Here are some best childhood computer games that your kid can play!

First released in the year 2015, Cities Skyline is a game that can help kids to explore their imagination to the hilt!

A new take on the classic version of city simulation, this is one of the most thrilling and exciting pc games for kids as it not only involves creating a city, but kids can also experience the hardships that are associated with building a new city. The game suits the playing style of the individual players as it layers and balances further challenges based on the playing style of the players.

From surviving dangerous mobs to exploring randomly constructed worlds, your kid can create anything that he can imagine!

The game comes with features that your kid would find quite exciting! The experience of a virtual world where creating humble villages to captivating castles, anything seems possible! One can choose the creative mode to explore unlimited resources that can be used for crafting armors and weapons for defending against deadly mobs and enemies. The game is great for exploring, creating and surviving solo or with fellow gamers!

A super exciting and fun game for kids who are big sports enthusiasts!

The game unleashes the creative abilities of the kids by giving them over 10 billion options to choose from to design their own sports car. The game is formulated with a clear objective, which involves team-oriented and fast-paced gameplay. The game can be played online or locally with different modes that include single-player modes to multi-player options. The simple concepts make this game easy to master and thus it is one of the most exciting computer games for 5 year olds.

One of the best educational computer games for kids, Roller Coaster Tycoon 3 Platinum comes with some enthralling fun and excitement for kids!

This quirky and whacky game involves creating customizable theme parks where kids can create rides on their own. However, the child has also take into consideration various other facets regarding running a theme park, which means the child is not only responsible for making it but is also responsible for its smooth functioning, which involves delegating work, handling visitor feedback, monetary aspects, and various other such deals.

If your kiddo is a big fan of some spooky adventure, well, this is one game that he may find pretty amusing!

Based on R.L Stine’s famous spooky monster book and inspired by the movie by the same name, this game offers some spine-chilling mystery and adventure to the young minds! The child’s problem solving and analytical capabilities are put to test when the child is expected to free the neighborhood of notorious monsters by outsmarting their moves and plans! Well, if your child doesn’t like jump scares or easily gets miffed if startled, then you may choose other games from our list!

This adventure-filled game is great for teaching patient and calm to the young minds. We highly recommend this game for kids who lack patience!

The highly detailed game comes with enhanced and advanced metrics and physics systems for a realistic feel. The player is expected to operate various kinds of vehicles on different terrains. The player has to be discreet and considerate on every move while handling speed on sharp turns and bumpy terrains. The player needs to exercise great caution to go through various phases of the game that involves completing perilous tasks and experiencing various kinds of environmental hazards. 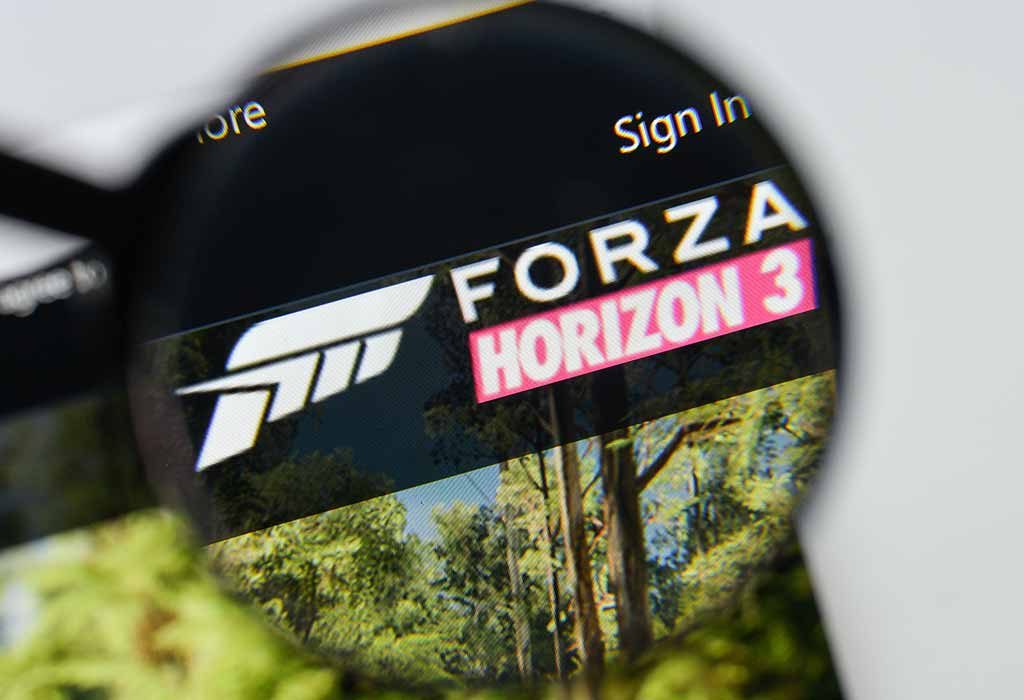 The youngsters cannot drive but with this game, they can experience the excitement of being behind the wheels!

With an exhilarating driving experience, the game also boasts of realistic and lifelike graphics for a more enthralling gaming experience! This is amongst one of the easiest and fun preschool computer games that enable the kids to customize almost anything from their cars, characters and even customize their car horns! Now, that’s some whacky fun for the young kids where they can control so many aspects of the game! The kids also have the privilege of streaming their collection of music as they enjoy playing this game!

Some captivating role-playing, simulation, and managerial genres are amalgamated into this exciting game for some creative fun for the young growing minds!

Imagine a life that you may have to start or build from scratch, well, this game is this and more than that! With some coins and hands down tools, the player is expected to fend for himself in unknown territory! The player can create lively farms, improve and acquire skills, venture into caves, become a part of a community and get involved in many such activities to have a fruitful virtual life. With umpteen options at hand, the sky is the limit when it comes to playing this game!

Experience the wonders and perils of the underwater world as you get into the depth of alien oceans!

This game lets the player explore the enchanting world of alien deep-sea adventures. The player is expected to hunt for food, water, collect resources and develop equipment to sustain in the ocean ranges. The water world consists of some helpful but mostly harmful sea creatures. The bioluminescent underwater rivers, arduous deep-sea trenches and lava fields are some of the adventures that players can embark upon. The player needs to keep a tab on the oxygen supply as he dives into exploring winding caves, reefs, plateaus, kelp forests and other such locations.

If your kid likes cartoon then this run and gun game will interest your kiddo to the core!

The fun engaging component of this game that comes with inked hand-drawn animations, original jazz background scores, and watercolored backdrop makes this computer game one of a kind immersive gameplay! This visually appealing game not only lets you upgrade the gaming character but the player is also endowed with super tricks and moves with each level. The tutorial is fairly easy to comprehend and understand by young players. This innovative game can be played solo or on a multi-player mode to overcome the gaming ordeals and challenges!

These are some of our top picks that we think that your kids may enjoy playing to kill their free time!

Moving Ahead in the Milestones of Parenting: Toddler Walking Tips and Tricks

Fun Things to Do in Scottsdale With Kids