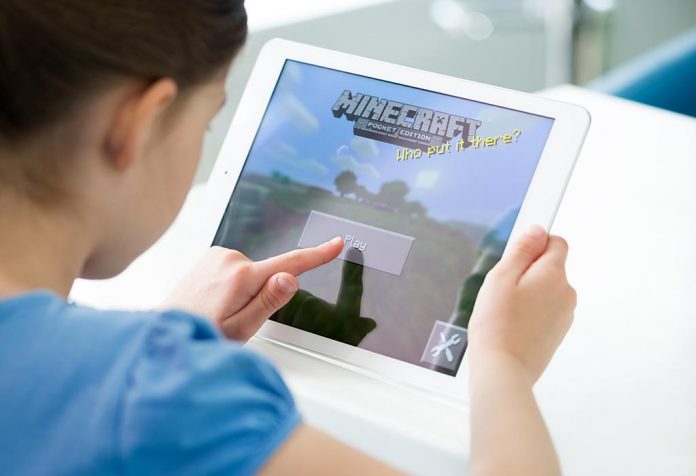 Minecraft has become one of the most popular games in the world, especially amongst kids. The game uses a lot of everyday, real experiences such as sunrise and sunsets, spending the entire day working, using different materials to make tools and houses, farming, and taking care of animals.

What is the Minecraft game about?

Minecraft is a popular 3D computer game where the players can build anything. The game is often said to be like ‘online Lego’, which involves creating structures and building blocks across various terrains and environments. The game also involves crafting items, resource gathering, combat, and building, and it is completely set in an imaginative virtual world.

Minecraft for kids is one of the most trending and popular games right now, and is a brilliant way for children to learn teamwork and creativity. The game can be played on phones, consoles, tablets, and computers and the game will cost less depending on which device you are planning on gaming.

At what age can children play Minecraft?

The game is rated to be suitable for children between 7 and 13, depending on which version of Minecraft you are planning on getting. However, children are not asked for proof of age when they start the game. If the user is below 13 and they give their real age, then specific features of the game cannot be accessed such as making purchases, changing settings, chatting in scrolls, or playing Minecraft Realms.

Benefits of Minecraft Games for Kids

There are so many beneficial skills that kids can learn and develop through Minecraft. In fact, there are even a few schools that have incorporated this game in their classrooms. Here are some of the benefits that might answer your question, “Should I let my kid play Minecraft?”

We bring you a list of the top Minecraft games for kids that children of various ages will certainly enjoy.

In this game, the players would be playing a 3D running game.

This is a logic-based game where the kid has to try to beat the ticking clock.

In this game, the player will have to use logic to get ahead.

In the Skin Creator, the player can create his own Minecraft avatars and give them a unique personality.

This is only available for Minecraft on Windows 10, mobiles, Nintendo Switch, and Xbox One.

This game is similar to another popular game, Mario’s World. It is a nice Minecraft game for 6-year-olds.

Set in the Minecraft universe, the game is said to be released on Xbox One, Windows, PlayStation 4, and Nintendo Switch.

Kids will get a lot of thrill and adventure in the game. It is a fun Minecraft for 7-year-olds.

The Minecraft diamond game is available on Xbox, Windows, Nintendo Switch, PlayStation, and Wii U.

The Minecraft Tower Defense is a game based on the concept of minimalist strategy.

The Minecraft Tower Defense is a web-browser game, and to function, it requires the Adobe Flash Player plug-in. Browsers such as Firefox and Chrome will support this plug-in.

An all-new game filled with action and adventure, Minecraft Dungeons will be released soon.

The game is supported on Nintendo Switch, PC, Xbox One, Playstation 4, and Xbox game pass.

Here are some Minecraft-themed activities for children that they will surely find fun!

Are there any risks involved with Minecraft for children?

There are a few potential risks that parents can be concerned about. However, these can be managed easily.

Minecraft contains very little violence and inappropriate content, so there is not much to worry about. However, players can kill or hit animals or each other in the multiplayer mode. But graphics are very cartoon-like, and violence is not the main focus of the game.

Minecraft has both single and multiplayer options, and the multiplayer option makes Minecraft party games for 8-year olds and above. Online multiplayer is also present, but there are risks of harassment, bad language, and inappropriate content. To avoid this, you can let them play only on a single-player option or even disable the chat option while playing with friends or online.

Many players watch the tutorials of the game on YouTube to get hints, tips, and help on the game. However, some channels might include inappropriate comments or bad language. To avoid the kids watching this, encourage them to use recommended channels on YouTube for tutorials.

How can parents protect their children against these risks?

There is an offline version of the game that makes Minecraft kid-friendly, and this is better than the online version. In the offline version, children will be unable to chat or interact with other users and never be able to get into user-created worlds. This would mean that their susceptibility to online grooming is taken away. However, the game might still pose an issue of an increase in screen time.

It takes a huge investment of time to get the most out of the game and achieve the goals, which might turn out to be a major distraction from sleep and school work. To overcome this, you can put timings on his gaming and only allow him to play for a specified duration each day. It is always better to block the online version of Minecraft in their devices so that they are safe from inappropriate content and online predators.

Minecraft is trending these days among kids. Although there are certain things parents need to be wary of, there are also many advantages to allowing your children to play this game!

Easy Tips to Teach a Child to Ride a Bicycle