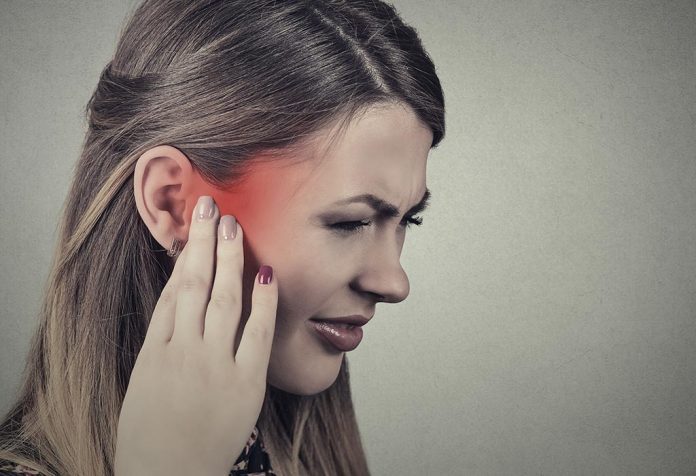 So, you are pregnant! All through your pregnancy journey, you may be wondering how your baby would sound, and you may be eagerly waiting to listen to baby’s first gentle cries. But on the other hand, you may come across weird ringing sounds in your ears. You may wonder whether or not such sounds are normal. Well, there is no doubt that pregnancy makes you susceptible to various weird kinds of health conditions but is this one of them? Let us discuss more ringing in the ears or tinnitus during pregnancy, and also learn about the causes and various remedial measures available.

Tinnitus can be described as ringing sounds in the ears. Sometimes the sounds may be categorized into whistling, hissing or clicking sounds. This condition can be temporary, chronic or persistent. The problem arises when a part of the ear, which sends signals to the brain, gets damaged. This may result in a condition where the brain is not able to hear sounds, and thus, produces its own sounds. These sounds may fall on the ears as ringing sounds and may cause extreme discomfort. 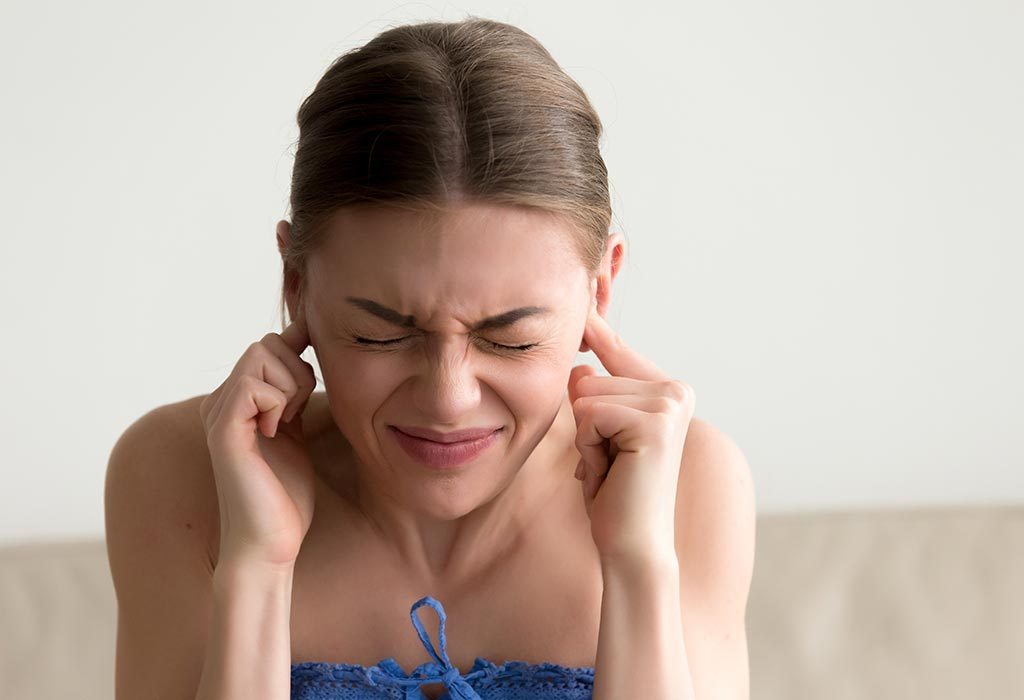 Is Tinnitus Common Among Pregnant Ladies?

Tinnitus is predominantly seen in the older population, that is, people of 50 years of age or more. Also, it is more seen in men than in women. However, you may experience ringing in ears during pregnancy too, and it is a very common phenomenon. Therefore, if you hear a weird ringing sound, you are not hallucinating, but you may be suffering from tinnitus. Tinnitus or a ringing in the ears in the first trimester is very common, and it could last up until the end of your pregnancy.

Causes of Tinnitus in Pregnancy

During your pregnancy, you may hear ringing, clicking, whooshing or buzzing sounds. Some women may also heart heartbeat sounds, which are called pulsatile tinnitus pregnancy sounds. There are certain health conditions during pregnancy that may cause tinnitus: 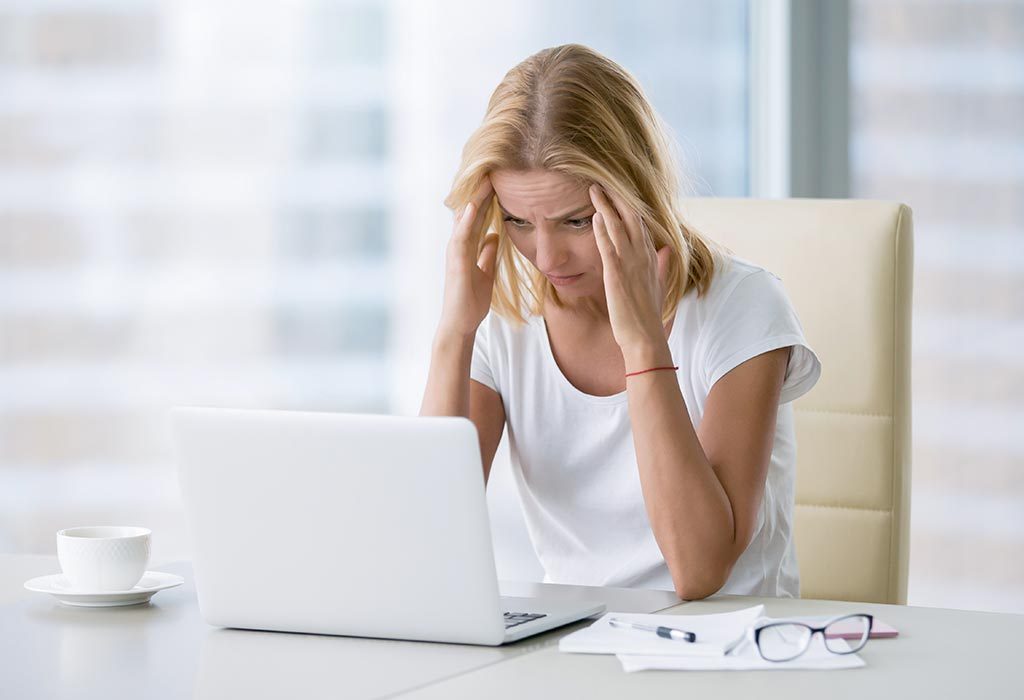 How Long Does It Take to Recover from Tinnitus?

The pregnancy-induced tinnitus is self-limiting, and you may recover from its symptoms soon after the birth of your baby or within a few days after that. It is just a matter of time, but in most cases, it will go away. In case it doesn’t, you should seek medical help for the same.

You may battle with various issues during pregnancy such as fatigue, sleeplessness, restlessness and other such issues, which may lead to stress and anxiety during pregnancy. Apart from creating other complications, stress may also lead to tinnitus; therefore, it is very important to manage your stress levels during pregnancy.

2. Refrain from Getting Exposed to Loud Noises

Loud noises may further aggravate the symptoms of tinnitus and may cause more discomfort. Try and avoid all kinds of loud noises during pregnancy.

The importance of exercising cannot be undermined during pregnancy. When you exercise, it has a positive effect on your body and mind. The improved blood circulation also helps in dealing with the symptoms of tinnitus.

4. Take Care of Your Diet

Eat a healthy and well-balanced diet during pregnancy to feel fit and energetic. Also, limit your salt intake, which is a possible trigger for high blood pressure and may increase your chances of tinnitus. 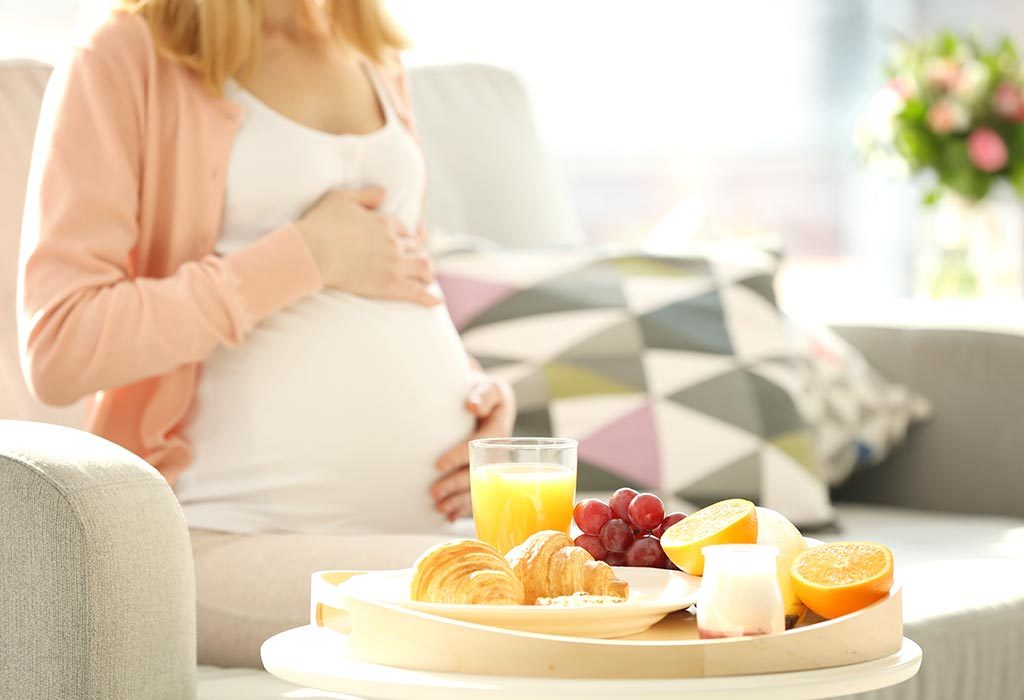 You may make use of some white noise or any relaxing music for dimming the background noises that you may be hearing. These are very effective in helping you sleep at night.

6. Stay Away from Possible Food Triggers

Some food items such as surgery foods, caffeinated beverages, foods with MSG etc., may further enhance the symptoms of tinnitus; stay away from all these triggers.

You may use various home remedies to control or reduce the symptoms of tinnitus by using various remedial measures, such as holy basil, ginger, onion, apple cider vinegar, castor oil, etc. Do consult your health practitioner before opting for any home remedial measures.

The above-mentioned are some of the suggested options to reduce the symptoms of tinnitus; however, it is advised that you seek medical assistance before you opt for any of these.

If you notice that your symptoms are not subsiding or reducing, then it is suggested that you seek professional help. You may be referred to an ENT specialist, who will conduct a more comprehensive check-up and advice you the best treatment option. If you have had an earlier bout of tinnitus or had this condition in your previous pregnancy, you may like to share the information with your doctor.

Tinnitus during pregnancy can be effectively managed, and it is recommended that you seek immediate medical advice, as soon as you show any symptoms of this condition.

Also Read: How to Cope with Blurry Vision during Pregnancy? 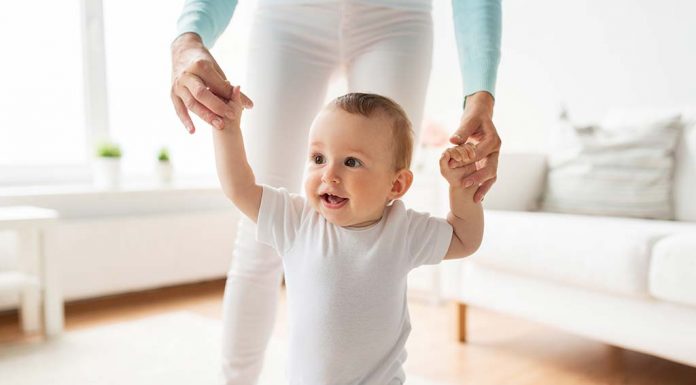 How My Little Gem Changed My Life

Cow Milk vs Buffalo Milk For Babies and Toddlers

Pick up and Put Down Sleep Training Method