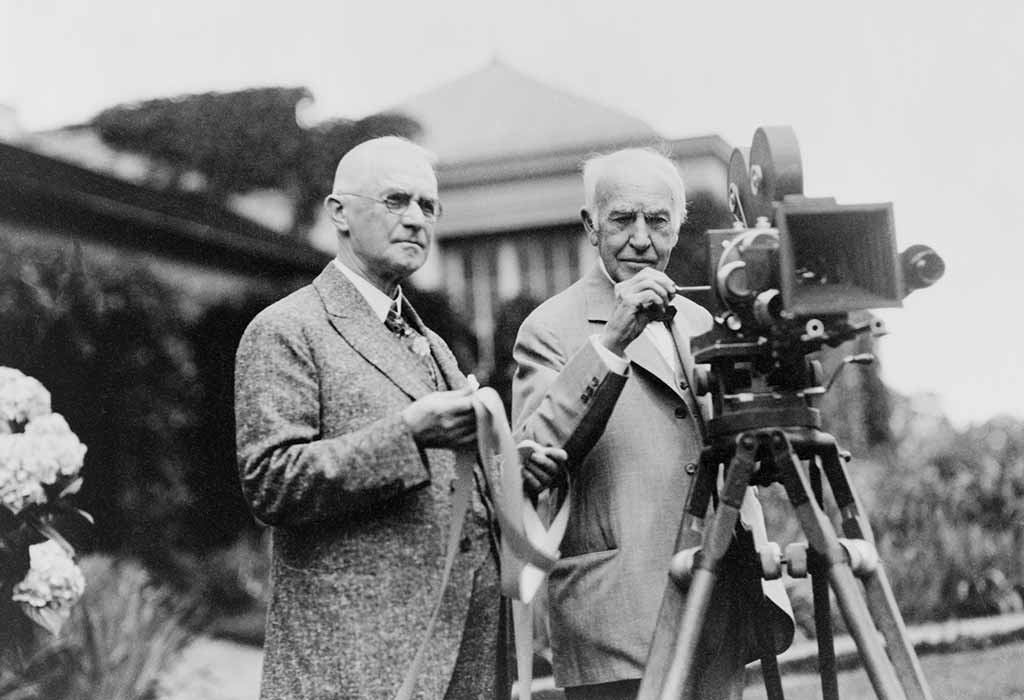 The light bulb invention is synonymous with Thomas Edison. Contrary to popular belief, he did not invent the light bulb but developed one of the first practical versions of light bulbs’ existing forms. He was, in turn, granted the patent and received 1093 patents for his inventions and discoveries ( the most granted to anyone at that time) during his lifetime. His personal and professional life is legendary. As an individual, he was hard working and strived to achieve success in whatever he did. With his genius, he was instrumental in conducting experiments and creating inventions and helping several people channelize their creative abilities.

Having started school late owing to an illness, Edison was nicknamed ‘Al’. He was slow at learning things but an eager learner and spent a lot of time reading books in the library and experimenting. He contracted Scarlett fever at the age of twelve and got his ear picked up by a train conductor that left him deaf in his left ear. His mother took on the mantle of educating him when his teachers refused to educate him at school. Edison always credited his mother for his knowledge and for who he became.

Thomas Edison’s early life facts are interesting to know and tell kids as his life and achievements can inspire them. His early life and his achievements are excellent examples for youngsters to learn from and develop a can-do approach to everything in their life.

Considered the greatest inventor in history, many of his inventions significantly affect our lives even today. He was also an entrepreneur and used his creations, churned out in his invention laboratory, to build General Electric, one of the world’s largest companies. The phonograph, the light bulb, and the motion picture were some of the several significant inventions by Edison.
There are a lot of cool facts about Thomas Edison listed below that you can share with kids:

An American businessman and inventor, he invented the motion picture camera, the electric bulb, and phonograph.

4. Significance of his life

Thomas Edison obtained 1093 patents ( both individually and jointly) for his inventions. He built the first industrial research lab in the world. His inventions of the phonograph, motion the picture camera, and the electric light bulb have had a long-lasting effect on people. He is credited with improving the economy of America during the Industrial Revolution.

Thomas Edison invented the quadruplex telegraph, which was the most reliable and fastest means of communication in the 19th century. The Menlo Park Laboratory, an industrial research laboratory, was set up by Edison in 1867. In 1877, he invented the phonograph that initiated the era of sound recording, which was considered a revolution of that time. He improved the generators that produced electricity and improved the efficiency of the batteries that stored electricity. He invented the carbon telephone transmitter in 1886 that improved the microphone of the Bell telephone. He created the first practical fluoroscope that utilizes X-rays for taking radiographs. Edison developed the ‘Kinetograph’ ( also a peephole viewer), which played a crucial part in developing motion pictures. A lot of work for the Kinetograph was by his employee W.K.L Dickson.

Thomas Edison was born in Milan, Ohio, a village in the United States of America.

Thomas Edison was of American nationality by birth.

Born in the USA, Thomas Edison was the last and the seventh child of his parents, Samuel Ogden and Nancy Mathews and developed deafness at a very young age, which he believed helped him focus on his work. He moved to Port Huron city of Michigan State in 1854. Within months of starting school, he dropped out and was homeschooled by his mother, a former school teacher. He sold newspapers and candies on trains and railroads between Port Huron and Detroit at the age of thirteen.

Thomas Edison was seven when his family moved to Ohio and developed hearing problems at a very young age. As a curious child, he spent a lot of his free time reading technical and scientific books. Thomas Edison was very enterprising as a kid and sold vegetables. He was selling newspapers and candles at the age of 13 in trains and railroads. At the time of selling newspapers, he saved the life of a three-year-old boy, Jimmie McKenzie, from being struck by a running train. The child’s father, a station master and telegraph operator, was so thankful that he trained Edison to operate a telegraph. By the age of 16, he was working as a full-time telegrapher.

Born in the Milan village in Erie and Huron counties in the Ohio State of United States, he grew up in Port Huron city in Michigan State.

Thomas Edison moved around several places along with his family in Michigan. He also lived in the Edison township, New Jersey and in Manhattan, New York.

Thomas Edison went to school for a few months only. Later, his mother homeschooled him and taught him how to read, write, and do arithmetic. His father had a library at home and encouraged him to read and learn by himself. He learned a lot from reading the School of Natural Philosophy, a scientific textbook by R.G Parker and The Cooper Union for the Advancement of Science and Arts.

Thomas Edison attended a public school in Port Huron, Michigan, for about 12 weeks. After that, he dropped out and was homeschooled.

Thomas Edison was not held in high regard by his teacher. His teacher nicknamed him ‘addled’, which means slow or dim-witted. After his teacher gave her opinion on his ability, his mother decided to homeschool him and pulled him out of school.

Thomas Edison never went to college. All the knowledge he gained was by reading and conducting experiments in his home laboratory.

When he was 13, he sold newspapers and candles on trains and railroads plying between Port Huron and Detroit. At 15, he became a tramp telegrapher, sending and receiving messages via Morse Code. Morse Code is an electronically conveyed alphabet using different clicks for every letter. He also worked as a telegrapher for the Union Army.

18. Set up of first laboratory

When he was selling newspapers, he set up a small laboratory in the train baggage where he performed chemical experiments. However, he lost his job when, whilst working with a lead-acid battery, the spilt chemical on the floor caught fire.

19. Net worth of Thomas Edison

At the time of his death, Thomas Edison was worth $12 million, which is equal to $170 million in the modern-day.

20. Invention and use of Telegraph

Contrary to popular belief, Edison did not invent the telegraph. Samuel Morse and others in 1867 invented it. He did, however, work on it. His knowledge gained as a telegrapher enabled him to make significant improvements to the telegraph, which was the reason behind his initial success and fortune.

Edison filed for 1093 patents in his entire life, and 389 were for power and electric light, 195 for phonographs, 150 for the Telegraph, 141 for the power storage batteries, and 34 patents for the telephone.

Thomas Edison made the following inventions in his life:

In 1868, Thomas Edison invented the first automatic vote recorder. He was 22 years old when he filed for his first patent that helped people in the US Congress record their votes more quickly than the voice vote system used at the time.

The invention of the first kinetophone, or the talking motion picture, was the last invention by Thomas Edison in 1912-1913.

The incandescent electric light bulb is Thomas Edison’s most famous invention. He discovered the principle of passing a powerful electric current through a filament and its illumination without any combustion. Many experiments were conducted with a large number of materials that included up to 6000 different plant matters. After 1000 attempts, they found the cotton thread filament that could produce light for about 13 continuous hours. Later, it was also discovered that carbonized bamboo was an excellent alternative to cotton thread filament. 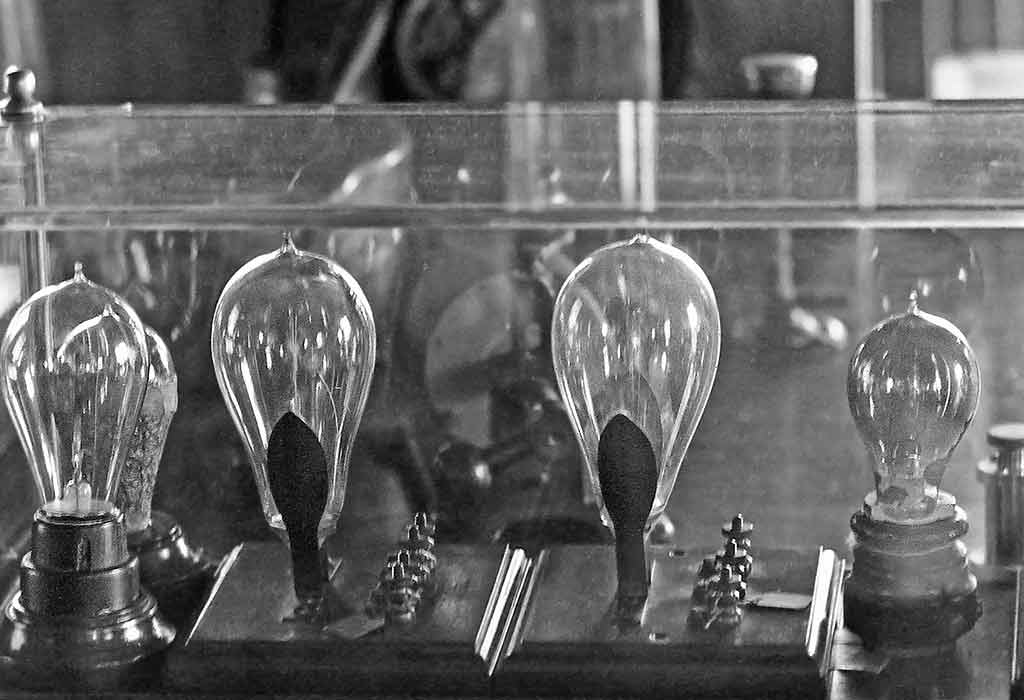 In 1870, he moved to New York City to improve the working of the stock ticker used by stock traders. It meant a change in the price of the items the traders were interested in when it made a ‘tick’. He soon formed a company that created and made a new stock ticker.

27. Perfection of the phonograph

Edison perfected the phonograph by recording ‘Mary had a Little Lamb’ on a tin foil.

Thomas Edison would sleep only for four hours a day and work for 72 hours at a stretch to complete and work on his experiments.

He earned the moniker ‘Wizard of Menlo Park’ because he set up Menlo Park. He called his staff ‘muckers’ and got them to work in teams. He encouraged them to work together to share ideas and work quickly on developments and inventions. 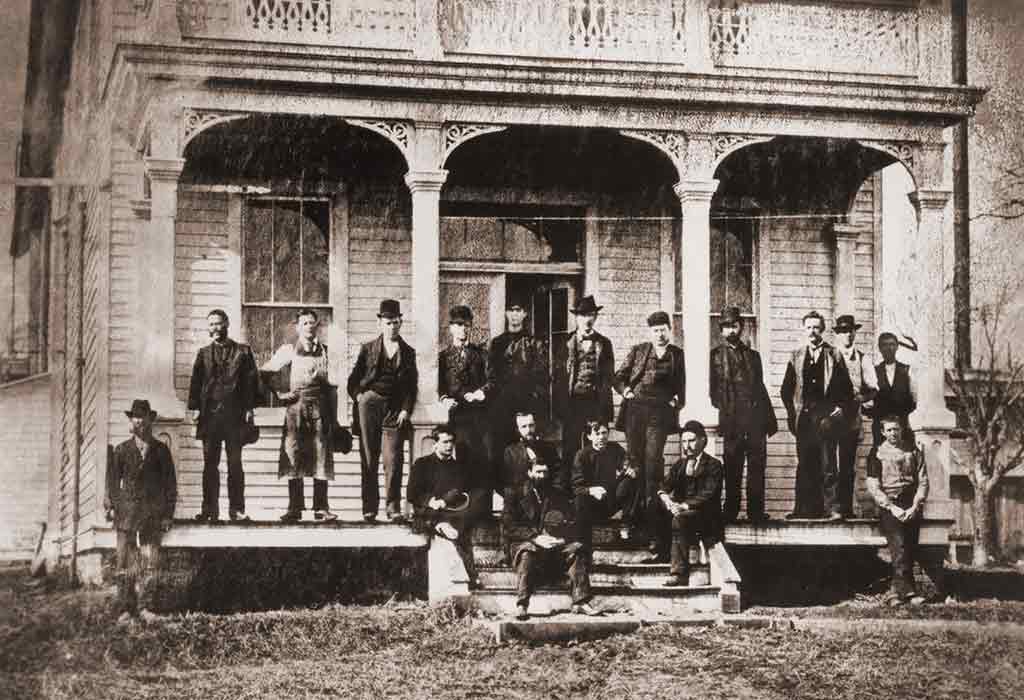 Edison was born in 1847 in Ohio and was the youngest of seven children.

Edison’s mother was a significant influence on him and was also a great teacher. It was only under her tutelage that he was able to flourish as an inventor. He once said, “All that I am or ever hope to be, I owe to my angel mother”.

Edison invented the incandescent light bulb, which was his most significant invention. Whilst inventing the light bulb, he failed 1000 times. He is often said to have used the quote, ‘I did not fail 1000 times, I tried 1000 times.’

The early family life of Thomas Edison included his parents and six siblings. He was married twice and had six children. He had four grandsons.

A few significant aspects of the accomplishments of Thomas Edison:

Modern-day tattoo machines are alternative versions of the electric pen invented by Thomas Edison. He also established the first production studio of the world called ‘Black Maria’ in 1893.
Matthew Josephson wrote a biography and called it ‘Edison a Biography’.

On October 18, 1931, Thomas Edison died in his home ‘Glenmont’, which was bought as a wedding gift for his wife. He died due to diabetic complications when he was 84 years old.

We could credit Thomas Edison for the modern-day marvels of the board. From movies to communicating with each other, Edison seems to have had a  strong bearing on our lives. For someone who was once termed as a dull and slow learner, Edison was a clever man who made a lot of difference in several aspects of everyday life. He was not successful only because of his inventions. He was successful in also fuelling the creative abilities of several like-minded people who worked in his laboratory. In fact, Edison set up the laboratory to help people work together and create inventions. His continued efforts made significant contributions to X-ray technology, movies, and storage batteries. His life certainly offers a lot of life lessons to learn from!