Home Big Kid Education This Army Day, Enlighten Your Kids with These 15 Facts about the... 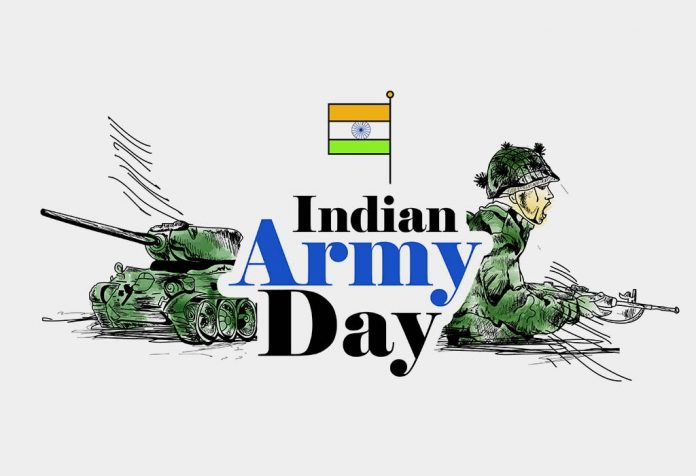 A popular quote goes, “The Indian Army is like a mother. She works selflessly and never asks for anything in return.” How true! As we lead our lives in peace, we hardly ever acknowledge our brave warriors who guard the frontiers, be it on a blazing summer day or a freezing winter night. Yet, they don’t strive to be popular; they just serve our motherland with the utmost dedication and devotion.

Why is Army Day Celebrated? 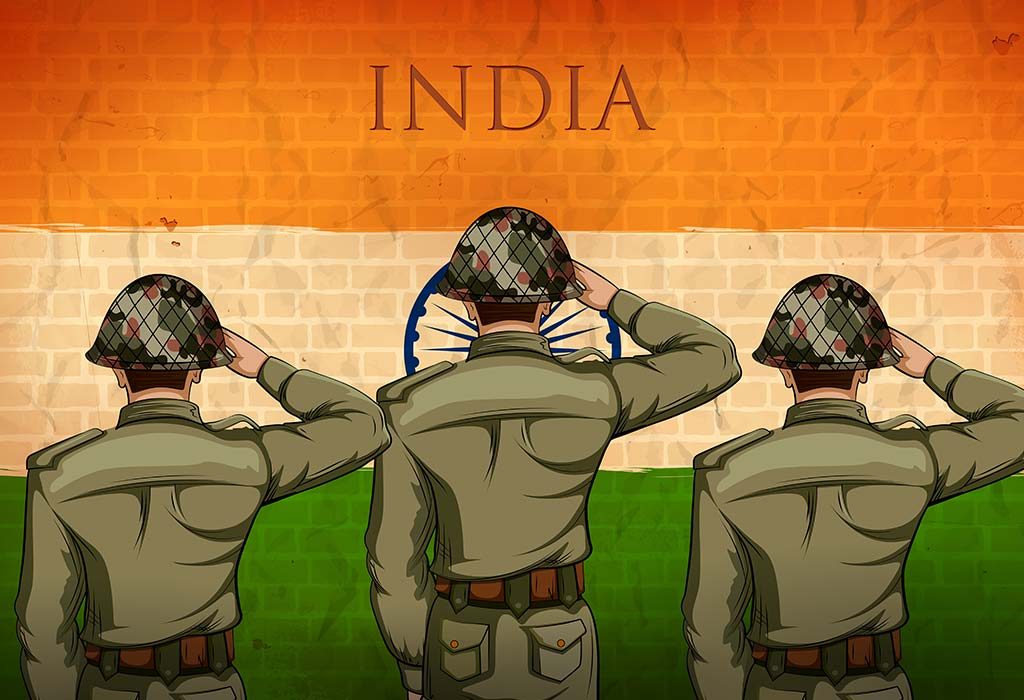 In fact, a British officer was about to become the first General of the Indian Army. But, an officer pointed out to Pandit Nehru that Indians are definitely as capable as the British. And so, the most deserving officer, Lt Gen Cariappa was told to lead his fellow Indian soldiers.

What We Should Know about the Indian Army

More than the organisation itself, it’s the soldiers and officers who are the face of the Indian Army. To make it easier for your child, explain using simple words who these people are, and what they do for us and our country.

1. The Indian Army came to be formed in 1776 when the British were still ruling. Indeed, they’ve come a long way since our independence!

2. It is the third largest when compared to all other armies in the world.

3. Officers brave minus temperatures to control the highest battlefield in the world, the Siachen glacier, staying true to their motto “Service before Self”.

4. All Army officers volunteer for service. Nobody is forced to join the military.

5. The Indian Army is considered the best when it comes to high altitude and mountain warfare.

7. Recruitment into the Indian Army is strictly on the basis of fitness and merit.

8. India has always promoted peace. The Army has never initiated war with any nation.

9. One of the last three existing in the world, we have a cavalry regiment called the “Poona Horse Regiment”.

10. When Uttarakhand faced floods in 2013, the Indian Army, along with the Indian Air Force, carried out one of the biggest civilian rescue operations in the world.

11. Sam Manekshaw was the first Indian officer to become a Field Marshal.

13. Sepoy Kamal Ram was the youngest to receive the Victoria Cross for the valour he displayed in World War 2. He was just 19 then!

14. The Indian Army has its presence even outside the nation. It has a base in Tajikistan.

15. India is the largest troop contributor to the UN peacekeeping missions over the last six decades.

Kids can take some lessons from the Indian Army that will be helpful not only in terms of academics but for life. They can learn that when they are determined to achieve their goals, nothing is impossible. But, even when they excel in life, they should always remain humble and down-to-earth. They’ll also learn that having courage is an admirable quality and that challenges become easier to tackle when you face them bravely.

These 15 facts will sow the seeds of respect and admiration for the Indian Army in your young children. And who knows, they might even aspire to serve the nation one day! Finally, a salute to our Indian Armed Forces for their service and the sacrifices they make for India and Her citizens!

Love is Essential for a Healthy and Happy Marriage

A Splendid Seven Months with Avni