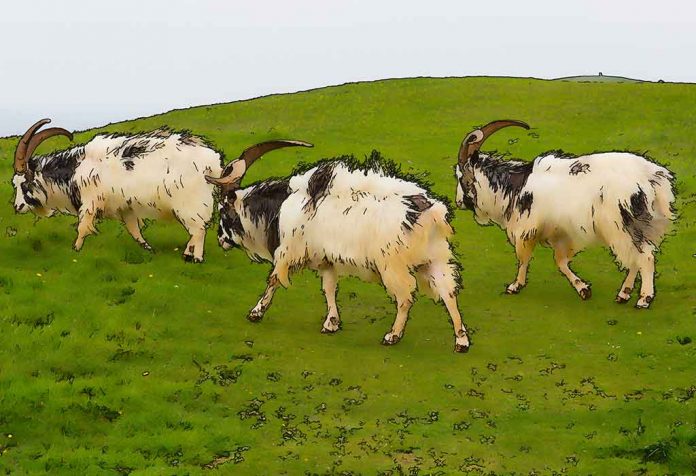 Kids are filled with bewilderment and wonder. Stories help them enhance their imagination, and help open their eyes to all the possibilities of the world. Reading is an important habit that must be inculcated in kids from a very young age. There is a multitude of classic stories available that will keep your child longing for more.  The three billy goats gruff story for kindergarten is one of those stories that will be enjoyed by kids for generations to come. If you do not know of the story, read on to find out!

A Short Story of the Three Billy Goats Gruff for Children

Once upon a time, there were three bothers that were billy goats, and they were called Gruff. All three of them lived happily on a green, grassy hill, munching away at the fresh grass that was available. However, the grass soon ran out, because they had eaten all of it!

This got them worried, and little billy goat gruff said, ”What should we do now?”

“If we do not find grass soon, we will die,” said big billy goat gruff.

The biggest billy goat gruff said, “Okay, let’s go to the hill on the other end of the bridge.”

Little billy goat trotted along over the bridge. The hungry troll heard his taps, and yelled, “Who is that, tip-tapping on my bridge? I will eat you up!”, hoping it would scare little billy goat gruff.

However, little billy goat gruff was clever. He heard the troll and said, “Now, now, Mr. Troll, I’m just a small goat. My coat is shabby, and I’m so skinny. Why would you want to eat me? My brother is much bigger than me, you should eat him instead, and let me go.”

The troll, too greedy to think, allowed him past, waiting for something bigger to come its way.

But, this goat was clever, too and he told the troll that there’s an even bigger goat that will cross the bridge. The troll, being greedy, gave in again, and allowed him to cross. Now, the troll thought it was waiting for its biggest prize!

The troll attacked the biggest billy goat gruff, and the goat, without hesitation, knocked the troll off the bridge. The troll fell off the bridge, straight down into the river, and got swept away. Thus, all three goats crossed over to go and munch on some delicious grass on the hill, while the troll took a forced swim! The three billy goats gruff lived happily ever after, munching away on their fresh, green grass!

Moral of the Story

The three billy goats gruff moral is not to be greedy. If the troll had not been greedy, he could have had a hearty meal with the first and second goat. However, the troll chose to be greedy for the biggest prize, and ended up in the river under the bridge. In life, if we choose to be greedy, and want more and more without being appreciative of what we have in front of us, it will all come crashing down at some point later, which is a situation that nobody wants to be in!

We hope this story has been useful for you and your little one. It is a story that is fun for kids, and also has a lesson at the end of it, which helps them understand important values in life.  The three billy goats gruff story author is Peter Christen Asbjornsen, and this story is absolutely wonderful for kids when they are growing up and are able to get a grasp of a little bit of logical thinking. All the best!

Nightmares in Children – Causes and Solution

10 Signs You Are an Overprotective Parent