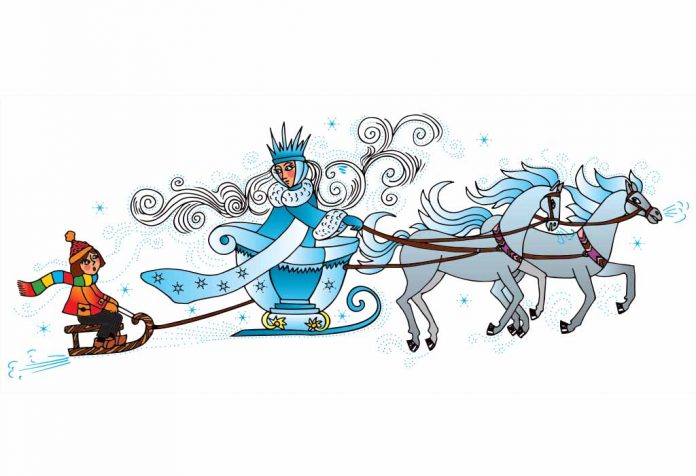 The Snow Queen- Hans Christian Andersen, first appeared in print on December 21, 1844, and has since been one of the best fairytales for generations. The story is about two best friends, a girl named Gerda and a boy named Kay, and it teaches some of the best lessons to children about friendship.

Short Story of ‘The Snow Queen’ for Children

There once lived a cruel troll that made a strange mirror. The mirror was very different. Any little thing that was good and beautiful was reflected as distorted, hideous, and bad. The devil, in his excitement, took the mirror to heaven to play a prank on God. However, when he got closer to heaven, the mirror started trembling, flew from his hands, and fell to the Earth, breaking into many little pieces. A few of these pieces fell into a small, calm village where two best friends Gerda and Kay lived.

Gerda and Kay were not just friends; they were neighbours who spent most of their days creating sandcastles and playing fun games in the beautiful fields of their village. One such day, when they were out playing with a few friends, a tiny part of the cursed mirror fell into the eyes of Kay and another one pierced his innocent heart. This incident changed everything. Kay started seeing Gerda as a stranger and would always hit the back of her head and make fun of her every time he saw her. Gerda was very confused with his behaviour and she kept trying to figure about why Kay was acting strange.

One snowy day, a few boys including Kay decided to play on the snow and sledge. Suddenly, a large and strange sledge stopped in front of him and the driver asked little Kay to step inside. Once he got into the sledge, the driver changed into a lady and they went away. She had a crown made of ice placed on top of her head and she was wearing a sparkling white gown. She also had gorgeous, silky white hair that resembled a stream and a face that sparkled like diamonds. Kay, who was surprised to see this person, asked her who she was and she replied, “I’m the Snow Queen”. She rode her sledge past the rainbow and the clouds until they reached a very strange land, far away from Kay’s village.

During this time, Gerda was waiting for her best friend to return to her village. After many days, she could wait no longer; she decided to take her small boat and go search for Kay in the forests and rivers. A fairy saw Gerda at a distance, cast a spell, and brought Gerda’s boat closer to her. Gerda soon narrated her entire story and the fairy decided to help her find her best friend. She sent her little garden flowers everywhere in the forests to look for Kay, but they did not succeed. Gerda was really sad that she sat under a huge tree and cried all night.

She was about to lose all hope in finding Kay when suddenly a crow flew down from the skies and informed Gerda about this princess who had recently married a little boy. Gerda became restless thinking if it was Kay, so she urged the crow to take her to the palace of this princess. She waited anxiously inside the palace and once this boy arrived, she sighed with relief since it was not Kay.

Gerda then came back to the forest to carry on with her search when she met a robber girl and her adorable reindeer. When they heard Gerda’s sad story, the reindeer suddenly remembered seeing the Snow Queen flying away to Lapland with a boy. Gerda immediately started her journey to Lapland and the reindeer went with her to keep her company. She then met a magician on the way who told them that Kay was indeed at the palace of the Snow Queen and because of the piece of glass inside his heart, he thinks it is the best place on Earth. He suggested Gerda visit the Snow Queen’s palace.

The palace was made completely out of ice and it was completely dark and cold because only the Snow Queen lived in it. The queen had challenged Kay to spell the word “Eternity” from an array of alphabets made from ice, and this word would set him free.

Kay struggled a lot but he could not spell the word correctly. Right then Gerda arrived at the palace and when she saw Kay, she cried out in joy and embraced him. She hugged him and when her warm tears fell on the icy cheeks of Kay, his cold heart began melting. He recognized his best friend and cried out loud. When his teardrop fell on the alphabets, it spelt out the word “Eternity”!

Kay was finally set free from the icy palace and they finally went back home to the village to live happier and warmer days!

The Snow Queen Fairytale is one of the best and easily understandable short stories out there that will teach your children the values of friendship! 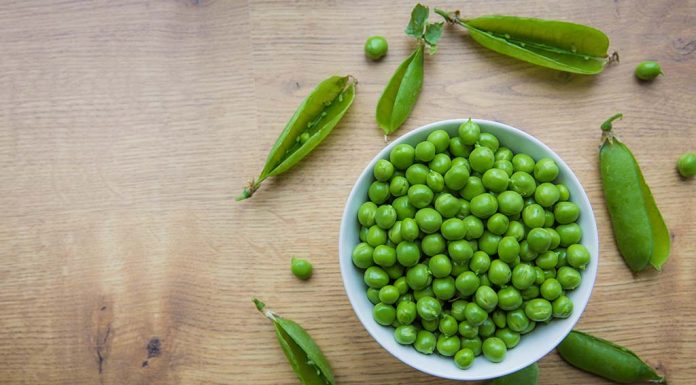 Why Green Peas Are the Perfect Food During Pregnancy

5 Things To Thank Mom For This Thanksgiving