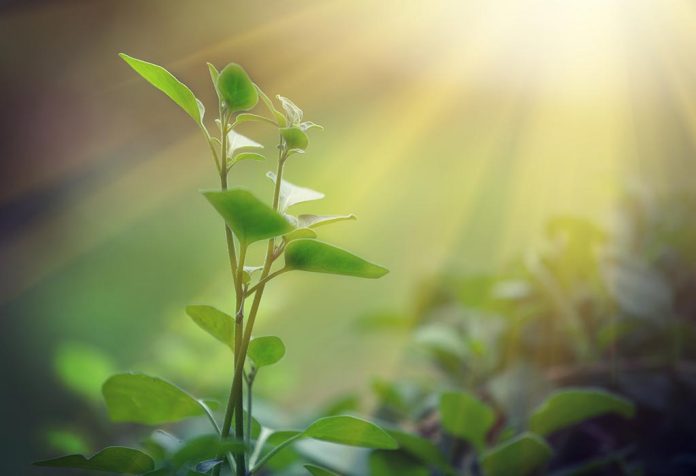 Kids are always fascinated by the beautiful plants, trees, and flowers. If your children are curious and love to learn something new about nature, chances are they will ask you how these plants and trees survive or get food from. If your kids are a little older and you think they are ready to learn about the science behind it, teach them about photosynthesis. This article covers the information about photosynthesis for kids in detail.

Photosynthesis is an important process as all living beings depend on plants for food. Read on to learn why this process is so important!

What Three Things Do Plants Need to Live?

Plants require three basic things for survival, which are as follows:

What Happens During Photosynthesis?

Plants are made up of numerous cells, and plants have a special structure in their cells, known as chloroplasts. It is chloroplast where the process of photosynthesis takes place. In some plants, these tiny oval-shaped cells that are present inside the plant take up just a small space, which means there will be just a few of these cells. However, in other plants, these cells may take the entire space. Each structure inside the chloroplast contains chlorophyll, a green chemical that provides green colour to the leaves. Photosynthesis takes place in the chloroplasts. Let’s understand this process step-by-step:

The green chemical present inside the chloroplast absorbs energy from the sunlight. The energy thus obtained is used to break the water molecules into hydrogen and oxygen. The oxygen obtained in the process is released into the atmosphere. However, hydrogen and carbon dioxide obtained are used to make food for the plants. Some portion of glucose is used in the growth and development of the plants, whereas the rest is stored in roots, leaves, and fruits as a reserve for later use.

The process of making food by plants occurs in two important stages that are as follows:

The second stage of the process is known as the Calvin cycle. This part of the process occurs in the stroma of chloroplasts. Though sunlight is not the basic requirement at this stage, however, the energy obtained from ATP and NADPH and carbon dioxide are important to create glucose. One of the important food sources of plants, glucose, is a form of simple sugar that plants can convert into cellulose and starch. It is also stored as a reserve for later use as energy by plants. Here’s what happens in this stage: 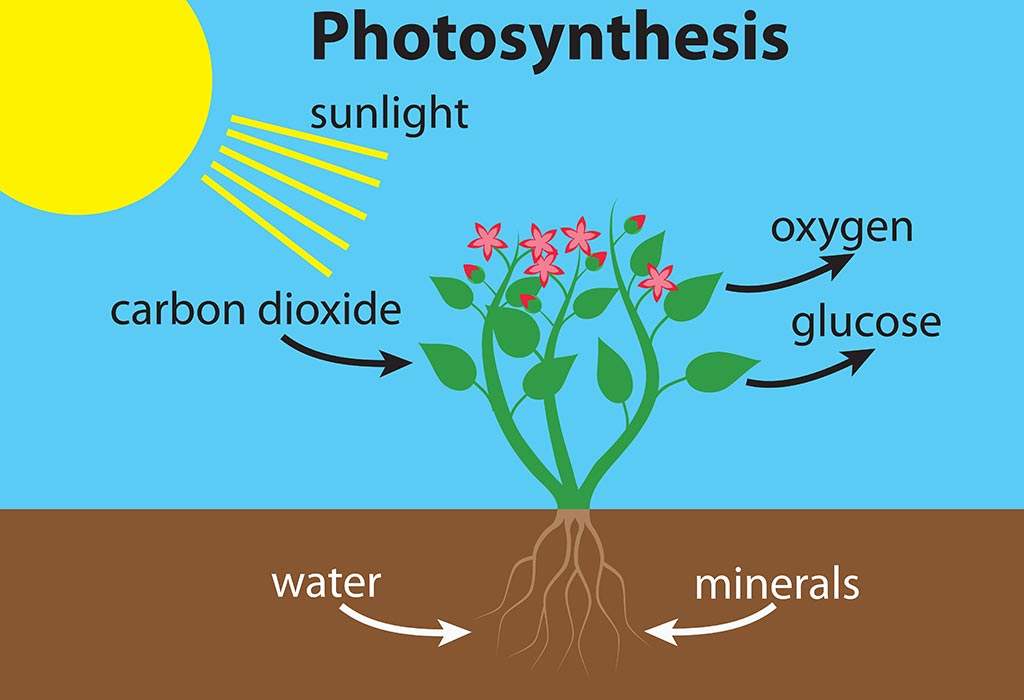 What Does Photosynthesis Produce?

After learning about the steps of photosynthesis for kids, let us share what is produced during the process. Well, here are the two important things that are produced:

The glucose produced during the process sometimes gets stored in the plants that lend sweetness to various fruits and roots. These fruits and roots help in providing energy to animals and humans.

The oxygen produced during the process is released into the atmosphere, which is a life force for various living creatures on the planet.

Though the main things produced in photosynthesis involve food and oxygen, however, it affects our life extensively as the life of so many living beings are dependent on plants for their survival. The energy we get for our growth and development is derived from plants and animals, where animals also depend on plants in direct (plant-eating animals or herbivores) or indirect ways (carnivores or omnivores that eat other plant-eating animals). Therefore, photosynthesis is important for our existence.

Other Facts and Information About Photosynthesis for Children

Now that you know about the process of photosynthesis, here are some more facts and information on photosynthesis for children that you can share with your kids:

Chlorophyll is a chemical present in the leaves that gives the green colour to plants. However, this pigment is green because it absorbs red and blue wavelengths of sunlight and reflects the green colour.

2. Photosynthesis is the Process to Produce Glucose

Glucose that plants use as food is not only food for the plants, but it is the simple sugars that are the building blocks that help in making starch and cellulose, which act as energy reserves and building structures.

3. Plants Have Other Photosynthetic Pigments As Well

Most plants have green leaves; however, chlorophyll is not the only pigment that leaves reflect; rather it belongs to a family of pigments with similar structures that absorb or reflect different wavelengths of light. This is why leaves change to different colours in various seasons. For example, in the autumn months, leaves produce less chlorophyll, which can make you see red, orange, and other coloured leaves.

4. The Magic Equation of Six

5. Photosynthesis Is Performed By Other Living Organisms Too

The living organisms that use light to convert energy to make their own food, are known as the producers of food. On the other hand, consumers are living creatures that consume the producers to get energy. Though plants are the major producers, however, there are other living forms such as cyanobacteria, algae, protists, etc., that make their own food with the process of photosynthesis.

6. Plants Have a Structure That is Suited for Photosynthesis

The entire structure of the plant is designed in a way that is suited for photosynthesis. Where the roots are designed to absorb water and transport it to the stems and leaves, leaves are designed with pores to limit gas exchange and water loss.

7. The Process of Photosynthesis Has More Than One Form

Though the general pathways that include light reactions and dark reactions are the same in all types of photosynthesis, however, different plants use a different set of reactions during the process.

8. There Are Various Factors That Affect the Process of Photosynthesis

There are various factors that can affect the process of photosynthesis, and some of these factors can include the intensity of light, the wavelength of light, temperature, and levels of carbon dioxide.

9. No Photosynthesis Means No Life

If there is no photosynthesis, then the oxygen levels will rapidly start declining, and soon all living beings will start perishing. However, this will not affect the anaerobic organisms as they do not need oxygen to survive.

10. Photosynthesis Has Been on Earth for a Long Time

It was somewhere around 3.4 billion years ago when the process of photosynthesis was used by some of the first organisms on our planet. The organisms that use this process of making food are known as photoautotrophs.

It is safe to say that photosynthesis is one of the most important chemical processes on our planet as it is responsible for releasing oxygen. Explain this process to your children and enhance their knowledge. We’re sure they will be curious to learn more!

The Perfect Valentine’s Day Gift for Your Partner, Based on Their Zodiac Sign