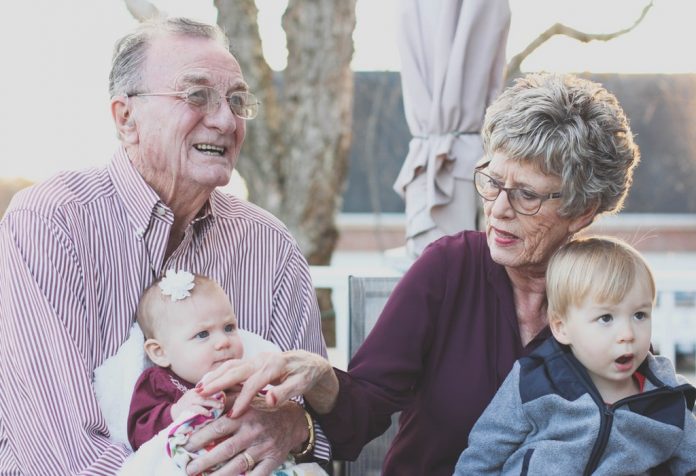 In the Indian society, grandparents play a very important role in a child’s life and upbringing. Grandparents in some cases are the primary caregivers from the time children are 4-5 months old because of the dynamics of the society we live in. How do we then balance parental beliefs with affection from grandparents?

Balancing a modern parent’s belief with affection from grandparents is turning into a fine art. You cannot but enjoy the benefits of your child bonding with your parents. However, there are times that grandparent’s affection could come in the way you want to bring up the child. This may happen because of the difference in your parenting styles.

This can come up in several different situations – from the practical point of view as well as the values standpoint. How can one have grandparents involved without making it seem like interference, is the constant question modern parents have.

From a Practical Viewpoint

Grandparents are usually primary caretakers and different in the way they feed or clothe the children as compared to how the children’s parents would. This is primarily due to a distinct generation gap. What the grandparents might feel right, might not necessarily go down well with the parents.
In such a situation, it is best not to admonish the grandparents, and try to explain to them why a certain food might not be advisable to the child or why a certain clothing doesn’t work well for the child. Sometimes, it might be even better to overlook because as grandparents they might not overtly want to harm the well-being of the child.
Sensitive issues like formula feeding vs breastfeeding, introducing solids, keeping a check on milestones and vaccinations should be a mainstay with the parents rather than the grandparents. This needs to be made clear to the grandparents and should also be clear amongst both the children.

From a Value Standpoint

Most grandparents give into temper tantrums of the children as they grow up, indulge them with too much television or mollycoddle or bribe them into doing a few tasks they find unpleasant or difficult. However, parents must credit this to the affection that is inherent in them for their grandchildren. Also, you could attribute it to their age, and therefore, lack of patience and energy.
Here, it is best to set rules for the grandparents if your child is too small to understand rules. It is best to let them know that it is not okay to give into temper tantrums of the child. But never expect them to stick to it to the tee. The grandparents should know and understand what is okay and what is not in terms of values for your child. However, the more you impose the rules, the more difficult it gets for grandparents to handle a child, so allow them a few slip ups and down times.

Grandparents get to play an important role in the family. Ideally, grandparents make life easier for the parents. Problems, however, arise when grandparents interfere or when parents forget to take the grandparents’ feelings into consideration. Here are some areas of conflict and how to handle them.

1. Grandparents Always Have The Best Intentions

Like everyone and more so because of their age, they might make mistakes or be unaware of the boundaries. Help them feel important and tell them how they can be helpful

No one likes to be blamed or admonished. This could make them shut down and then stop being as spontaneous as they would like to be. Focus on the positives they bring to the table rather than on the negatives

When the boundary is crossed, especially, when they give you an advice that you aren’t comfortable with, politely decline their advice and tell them the reasons.

4. Don’t Get Stuck in The Middle

Don’t allow your children to put you in the middle when they complain about their grandparents. Never take sides or talk down to the grandparents.

Be clear, honest and thoughtful about the grandparent, keeping in mind that a grandparent too has a life of his or her own. Request and never demand. Be flexible. Never ‘expect’ them to do it because they ‘must’ do it.

How to Gift yourself The Perfect Bra

Positive Pregnancy Test But No Symptoms – Is It Possible?