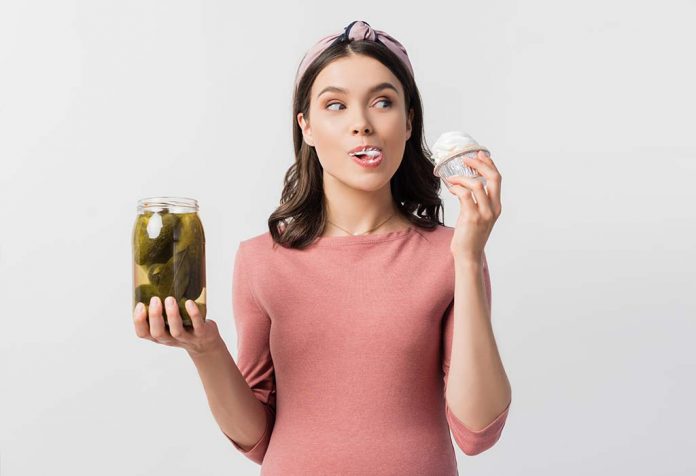 In This Article
Sour cream is one of the most widely consumed dairy products; it is a delicious addition to any meal or snack that includes dairy products. Sour cream is frequently used to dress up soups, nachos, chili, and other dishes, and it is commonly served with potatoes and other vegetables. Even though it is a dairy product, sour cream is generally considered safe to consume while pregnant. Sour cream, a popular dairy snack among many people, is a versatile ingredient that complements nearly any meal. Is it, however, is sour cream good for pregnancy? Keep reading to know more.

What Is Sour Cream?

A creamy white substance made from milk and cream used in the production of ice cream is known as sour cream. It’s a refreshing treat with a tangy, tart flavor and a thick consistency. The sauce can be used for anything from topping pizza to dipping onions when it comes to applications. Due to its sensitivity to high temperatures, a common application is a topping on baked goods.

It is important to understand that there are many different types of sour cream and that we should be familiar with each one before we begin to consume it. Ordinary sour cream contains between twelve and sixteen percent butterfat, whereas reduced and non-fat varieties contain less than half the amount of milkfat found in regular varieties.

It is necessary to add stabilizers to sour creams to make them thicker. The tangier they are, the lower the pH level of the water is going to be. Although they are unhealthy, both regular and low-fat harmful products are delicious and deserve your consideration.

Using sour cream to dress your salads is a healthy choice to make. However, you must ensure that the amount of sour cream you consume corresponds to your daily calorie requirements. For calorie reduction, light and fat-free sour cream are also preferable options. If you are trying to lose weight, on the other hand, you should stay away from sour cream completely.

To achieve this, it only occasionally provides significant amounts of any nutrient. The result of a simple sour cream application is —

Sour cream is a dairy product that combines cream with a specific type of bacteria, resulting in a thick, white product with a distinct flavor. Several parts of the world, most notably Europe and the United States, are familiar with “cocaine.” It has a smooth and creamy texture similar to that of Greek yogurt. There are a variety of flavors available for this delicacy, including

There are additional sour cream variations from different regions of the globe, such as

Is It Safe to Consume Sour Cream During Pregnancy?

Sour cream and other pasteurized dairy products are perfectly safe to consume in small quantities during pregnancy. You can consume sour cream made from pasteurized milk with no problems when you’re pregnant. However, if you made your own sour cream, this would not be the case. This is due to the fact that homemade sour cream, even if made with pasteurized milk, is not pasteurized, as explained above.

It is more dangerous to make your fermented foods than purchase them in a store. Because it is more challenging to regulate the home’s temperature, cleanliness, and bacterial levels, there is a greater risk of harmful bacteria growing alongside beneficial bacteria in the home environment.

When it comes to sour cream and crème Fraiche, pregnant women should avoid them, regardless of whether they make or purchase them. For the best results, store your food in the refrigerator at a temperature below 40 degrees Fahrenheit in a product that has been pasteurized to avoid spoiling it.

It is the only way to get the benefits of sour cream while pregnant, and natural sour cream is the best option. When looking for a safe product, it’s good to start with the label’s list of ingredients. Calcium sulfate, sodium phosphate, maize starch, and salt are all possible ingredients in some brands. The unborn child is especially vulnerable to the toxic effects of these chemicals and stabilizers because it is still developing. In the event that you decide to indulge in sour cream while pregnant, be sure to purchase the appropriate variety.

Consider the advantages to your health. –

Sour cream is safe to eat in moderation as long as it is part of a well-balanced diet. To avoid the following health risks, you should monitor your sour cream consumption, especially when your diet is high in fat, or you eat a lot of it.

If you’re expecting a kid and want to consume sour cream, follow these precautions to ensure your child’s health.

Sour cream is a popular food during pregnancy, and there are many sour cream recipes you can try. Sour-cream recipes are best made using organic and pasteurized milk. Check out some of them –

The fact that it is a dairy product makes it appealing to many pregnant women, which is understandable given its nutritional value. Even though savory foods and the products made from them are not harmful to one’s health, excessive consumption is not necessarily recommended in all circumstances. Staying on a well-balanced diet that includes a small amount of pasteurized sour cream consumed in moderation is essential if you want to protect the health of yourself and your child.

How and Why to Include Green Vegetables in Babies’ Food