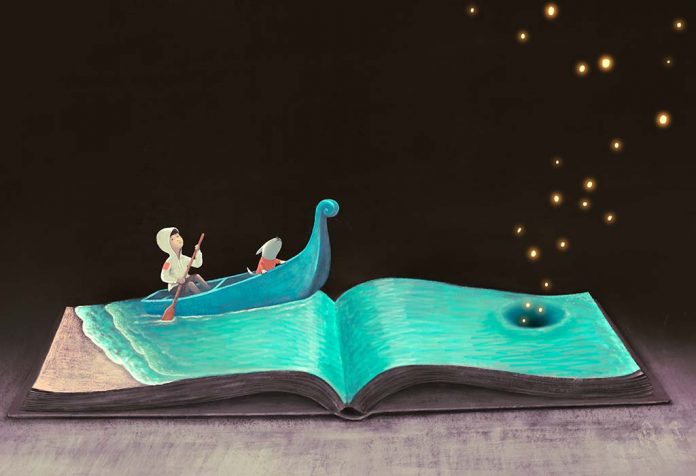 For kids who love the ocean, short and sweet ocean poems about life for kids is the perfect resource. This collection includes odes to lighthouses, oceans, ship remnants, and stories about the many animals in the sea. It will teach children about the ocean’s wonders while sharing a fun and educational story. 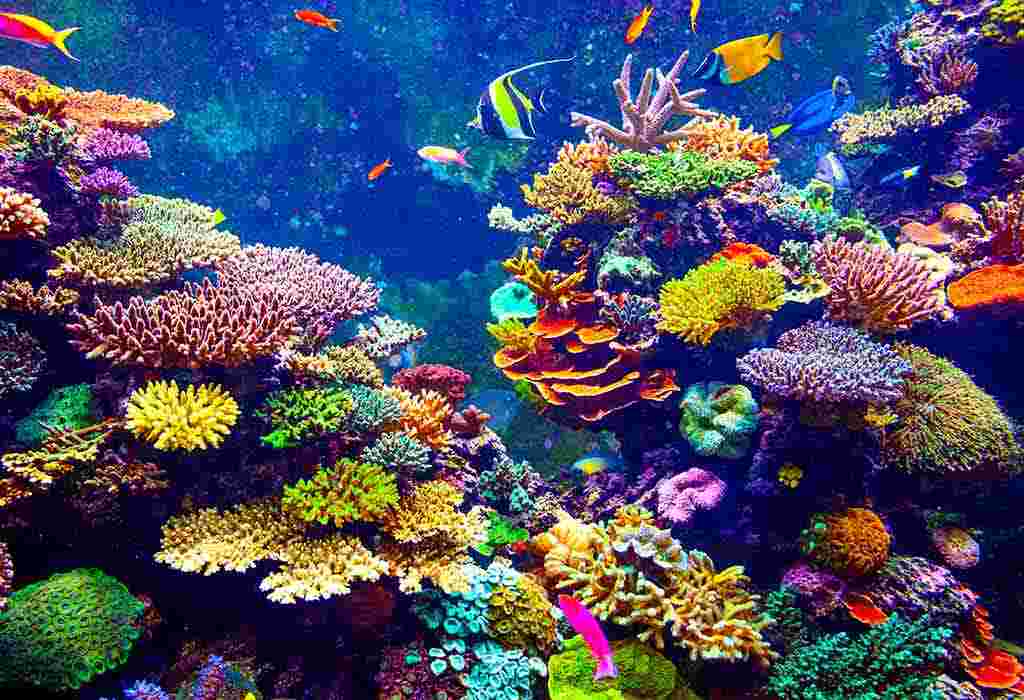 The best winter ocean poems for kids can pique the attention of any youngster who has an interest in aquatic life. For instance, there are three species of nudibranch in the ocean, each of which has a mouth the size of a planet. With the help of these simple ocean poems, your youngster will develop an awareness of the ocean’s wonders and inhabitants.

Here are 15 well-known deep short ocean poems that will transport your kid to the depths of the sea.

1. Amos Russel Wells’ – The Stars Above the Sea

The stars are singing hymns of calm
Above the sea’s unrest;
Can ever that majestic psalm
Dwell in the ocean’s breast?

What far horizon dim and low
The sweet solution finds,
Where earth’s tumultuous yearnings know
The peace of heavenly minds?

And still the sky’s imperial grace
The tossing ocean mars;
We cannot see the meeting place,
But we can see the stars.

Blue and turquoise,
Complexion of beauty,
Waves that move so soft and smooth,
In a gust of wind,
Picks you up in inspiration,
Of whom you are as a person.
Deep and mellow is the ocean,
To everything below sea level,
Thoughts of interest,
May provoke this feeling of greatness,
Don’t be afraid,
Of what the ocean may offer.
Hold yourself in the movements of the feeling,
Of how good the touches of the waves feel on your body.
Only imagine what would happen,
If the ocean would take you,
And then only think of what a new and exciting adventure,
You may behold on a journey through an ocean.

If I’d been born a whale
No happier could I be
Swimming, splashing, spy hopping
Roaming the open sea

4. Kristin Martin’s – Walk by the Sea

I went for a walk
alone by the sea
but the water kept me company.

I whispered to it
as I walked on its sand
and told it of all the things I planned.

It whispered to me
as I walked on its shore
and told me secrets from long before.

I went for a walk
with my friend the sea
and we kept each other company.

5. Emily Dickinson’s By The Sea

I started early, took my dog,
And visited the sea;
The mermaids in the basement
Came out to look at me.

And frigates in the upper floor
Extended hempen hands,
Presuming me to be a mouse
Aground, upon the sands.

But no man moved me till the tide
Went past my simple shoe,
And past my apron and my belt,
And past my bodice too,

And made as he would eat me up
As wholly as a dew
Upon a dandelion’s sleeve —
And then I started too.

And he — he followed close behind;
I felt his silver heel
Upon my ankle, — then my shoes
Would overflow with pearl.

Until we met the solid town,
No man he seemed to know;
And bowing with a mighty look
At me, the sea withdrew.

6. Thomas Bailey Aldrich’s – The Voice of the Sea

7. Robert Louis Stevenson’s – At The Seaside

When I was down beside the sea
A wooden spade they gave to me
To dig the sandy shore.
My holes were empty like a cup.
In every hole the sea came up
Till it could come no more.

Full fathom five thy father lies;
Of his bones are coral made;
Those are pearls that were his eyes:
Nothing of him that doth fade,
But doth suffer a sea-change
Into something rich and strange.
Sea-nymphs hourly ring his knell:
Ding-dong.
Hark! now I hear them,—ding-dong, bell.

10. Pablo Neruda’s – Leaning Into the Afternoons

Leaning into the afternoons,
I cast my sad nets towards your oceanic eyes.
There, in the highest blaze my solitude lengthens and flames;
Its arms turning like a drowning man’s.
I send out red signals across your absent eyes
That wave like the sea, or the beach by a lighthouse.
You keep only darkness my distant female;
From your regard sometimes, the coast of dread emerges.

Leaning into the afternoons,
I fling my sad nets to that sea that is thrashed
By your oceanic eyes.
The birds of night peck at the first stars
That flash like my soul when I love you.
The night, gallops on its shadowy mare
Shedding blue tassels over the land.

Then he cried “O Mother dear.”
And he woke and sat upright,
They were in the rocking chair,
Mother’s arms around him–tight.

Rise, brothers, rise; the wakening skies pray to the morning light,
The wind lies asleep in the arms of the dawn like a child that has cried all night.
Come, let us gather our nets from the shore and set our catamarans free,
To capture the leaping wealth of the tide, for we are the kings of the sea!

No longer delay, let us hasten away in the track of the sea gull’s call,
The sea is our mother, the cloud is our brother, the waves are our comrades all.
What though we toss at the fall of the sun where the hand of the sea-god drives?
He who holds the storm by the hair, will hide in his breast our lives.

Sweet is the shade of the cocoanut glade, and the scent of the mango grove,
And sweet are the sands at the full o’ the moon with the sound of the voices we love;
But sweeter, O brothers, the kiss of the spray and the dance of the wild foam’s glee;
Row, brothers, row to the edge of the verge, where the low sky mates with the sea.

After the Sea-Ship—after the whistling winds;
After the white-gray sails, taut to their spars and ropes,
Below, a myriad, myriad waves, hastening, lifting up their necks,
Tending in ceaseless flow toward the track of the ship:
Waves of the ocean, bubbling and gurgling, blithely prying,
Waves, undulating waves—liquid, uneven, emulous waves,
Toward that whirling current, laughing and buoyant, with curves,
Where the great Vessel, sailing and tacking, displaced the surface;
Larger and smaller waves, in the spread of the ocean, yearnfully flowing;
The wake of the Sea-Ship, after she passes—flashing and frolicsome, under the sun,
A motley procession, with many a fleck of foam, and many fragments,
Following the stately and rapid Ship—in the wake following.

15. Thomas Love Peacock’s – Beyond the Sea

These poems take many forms and can be used to soothe kids before bed. Some are simple and contemplative about the sea, while others are about the many things that can happen underwater. You can read along these to your kid to help them fall asleep. These will calm your little one and help you get a good night’s sleep.

36 Good Habits – That Parents Must Teach Their Children

A to Z Baby Guide: 25 Things Your Baby Needs to Grow Up Healthy & Strong!