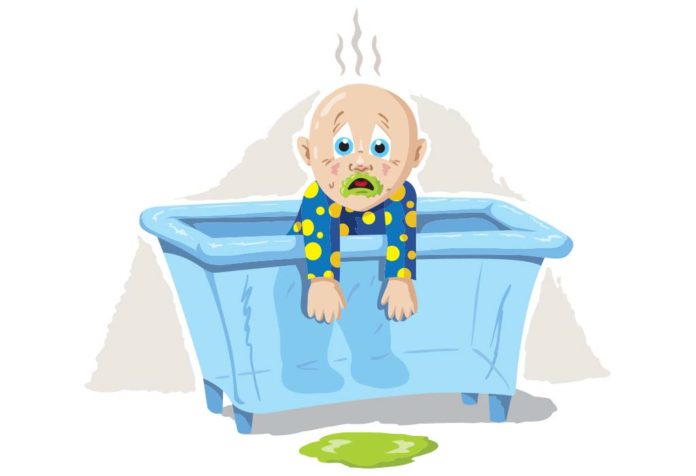 According to legend, “a mother’s embraces are more consoling than all the world’s comforts.” Following the baby’s birth, the mother’s emotions are inextricably linked to those of the infant. When the baby sleeps well, the mother feels comfortable and at ease. However, when the baby is consistently crying or restless, the mother is constantly present for the infant. A mother is always concerned about her child, regardless of its age. Mothers are prone to restless nights but are strong enough to bear all the problems associated with the infant; nevertheless, when the baby has reflux troubles, the task becomes more difficult.

If the baby spits more than the recommended amount, arches her back during feeding time, or is fussier than other babies her age, this indicates reflux in a baby. While consultation with a medical practitioner is the best course, prompt action is crucial to prevent Sandifer Syndrome.

What is Sandifer Syndrome?

It is a type of movement condition that is most prevalent among infants. There are several unusual Sandifer posturing that a baby typically experiences after eating. Sandifer syndrome symptoms naturally diminish as the infant grows older. This is not a neurological disorder, but the abnormal neck movements frequently resemble epileptic episodes.

How Common is Sandifer Syndrome in Babies?

According to the National Institute of Health in the United States, the precise prevalence is unknown. However, this syndrome is thought to be quite unusual. The majority of cases of this condition occur in infants and young children. Although it is rare, the prognosis is bright.

Acid reflux is the primary cause of Sandifer’s condition. Acid reflux usually subsides as newborns grow older and their esophageal muscles strengthen. Many infants outgrow their spasms later in life (19). While it is distressing to observe the infant’s spastic movements, Sandifer syndrome is controllable. The majority of infants also outgrow the condition. Consult your pediatrician if you feel your infant has GER or Sandifer’s syndrome.

Sandifer’s syndrome is a medical condition that is poorly understood. Reflux Sandifer Syndrome is a neurological condition that has not yet been identified concerning the origin of its symptoms. Doctors know that the symptoms are commonly associated with stomach acid backing up into the esophagus (acid reflux). It is the portion of a child’s digestive tract responsible for transporting food from the mouth to their stomach. Sandifer’s syndrome symptoms, according to one idea, are caused by stomach contents, acid, or gas traveling up the esophagus and causing pain.

There are also speculations that the disease may be hereditary. However, Sandifer’s condition is caused by gastroesophageal reflux disease. Genetic predisposition is thought to exist for GER. (17). Inheritance of GER may also result in the transmission of Sandifer’s syndrome. So, additional research is needed to demonstrate a correlation.

Symptoms of Sandifer Syndrome in Babies

The primary signs of Sandifer syndrome newborn babies exhibit include dystonia and torticollis. Torticollis Sandifer Syndrome occurs when the baby’s head is inclined sideways, and the baby’s chin rotates in the opposite direction as the tilt.

Dystonia occurs when recurrent and patterned muscular contractions result in aberrant stance. Sandifer’s condition manifests itself in the following ways, and these symptoms are exacerbated following meal consumption.

The symptoms may last one to three minutes and occur up to ten times a day, depending on the severity. If you detect any of these symptoms in your infant, you should seek medical attention. 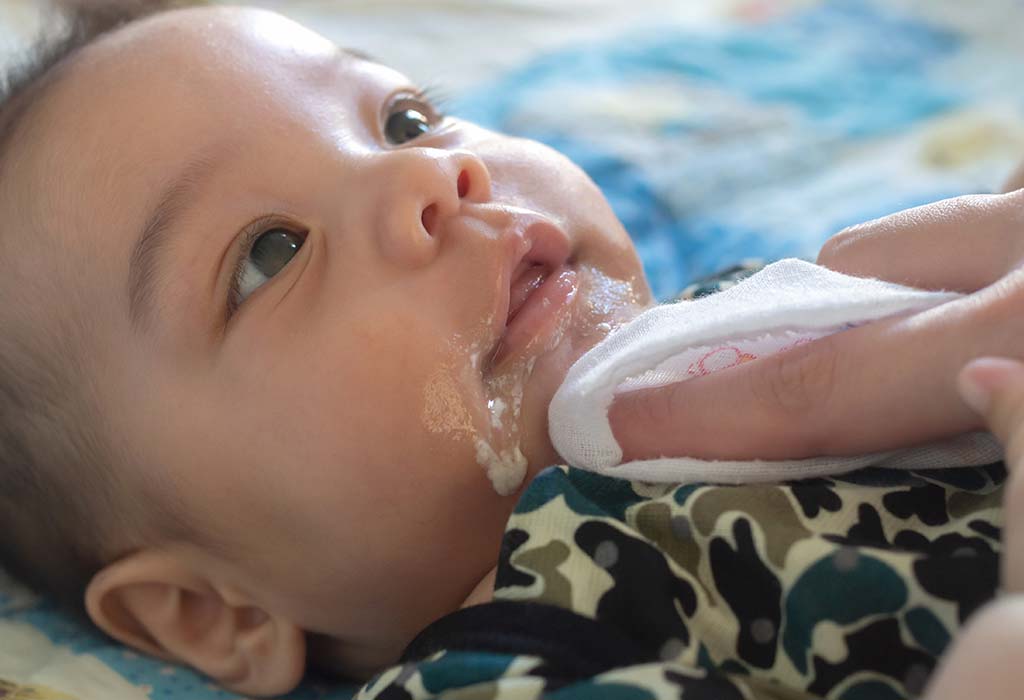 Sandifer syndrome has no complications; nevertheless, if it is not adequately recognized and treated on time, it may be misdiagnosed as a neurological disorder. Though widely accepted, antiepileptic medication management may be unneeded, resulting in unpleasant consequences and parental concern. Patients may receive ineffective treatment for extended periods before being diagnosed with GERD.

A doctor will conduct a medical examination and interview the mother about the baby’s behavior to diagnose Sandifer syndrome. MII is a test used to determine the flow of fluids, air, and solids in the esophagus (multichannel intraluminal impedance). Doctors use a catheter to perform this test in conjunction with pH testing to diagnose gastroesophageal reflux. Additionally, the doctor may order additional testing to rule out other possible diagnoses. A CT scan is used to detect muscular abnormalities, and a video-EEG is used to detect seizure activity.

Upper esophageal endoscopy is the primary approach for evaluating the esophageal mucosa. To ascertain the amount of acid reflux, 24-hour esophageal pH monitoring is performed.

Since these treatments involve overnight hospitalization, the doctor will only recommend them if required. Sandifer’s syndrome is diagnosed when GER is present in conjunction with dystonia and torticollis.

The primary goal of Sandifer syndrome treatment is to reduce the warning indicators of GERD. The Sandifer condition manifests itself in rather frightening ways. This can also create a panic scenario for parents.

Acute GERD can impair the infant’s feeding, growth, and development. The majority of infants are recognized as having a deficit of adequate growth. If the doctor determines that there is a problem with growth, the following options are recommended:

Overfeeding the baby should be avoided by the mother.

After feeding, the baby should be maintained upright for at least 30 minutes after the feeding.

In some circumstances, it may be necessary to use an anti-reflux formula.

Avoid exposing the newborn to secondhand tobacco smoke if at all possible.

The optimal way to accomplish this is to combine rice cereal with formula milk, and those who are breastfed can be administered mother’s milk before feeding.

The doctor may recommend changing the baby’s formula. If your doctor feels your infant is lactose intolerant, they may need you to convert to a soy-based milk formula.

If none of those above approaches work, medical practitioners may recommend certain strong medications. The majority of these medications may have adverse consequences. As a result, your child’s physician will prescribe medication only after balancing the benefits and dangers.

It is the very minimum that one can do if the infant does not improve, but this option is only available in an acute case of GERD. The top of the stomach (where it connects to the lower esophagus) is securely wrapped during surgery. This constricts the lower esophagus, preventing acid from entering.

As a result, while Sandifer’s condition is not a cause for concern in and of itself, the GERD, which is the underlying cause, must be addressed to be resolved. Even though this syndrome is sporadic, adequate care and attention at the appropriate time can result in recovery and cure.

1. Does Sandifer Syndrome Relate to Autism in Babies?

Infants with autism spectrum disorders have a greater chance of developing gastrointestinal issues than infants who develop normally. Increased gastric reflux may raise the likelihood of Sandifer’s syndrome in autistic children. However, some behaviors associated with autism may be the result of GERD (18). As a result, do not automatically presume that your kid has autism based on their jerky body motions. Consult your pediatrician if you have any concerns.

2. Can Babies Grow out of Sandifer Syndrome?

It is believed that acid reflux is the primary cause of Sandifer’s condition. Acid reflux tends to diminish once a baby has reached puberty and the esophageal muscles have matured. Many children outgrow their spasms later in life (19). Sandifer syndrome is tolerable, despite the baby’s jerky movements. Also, the majority of infants outgrow the condition. For more information, please consult your child’s pediatrician.

Tips to Solve Food Issues While Travelling With an Infant

What to Eat and Avoid on Empty Stomach – Check Out Here