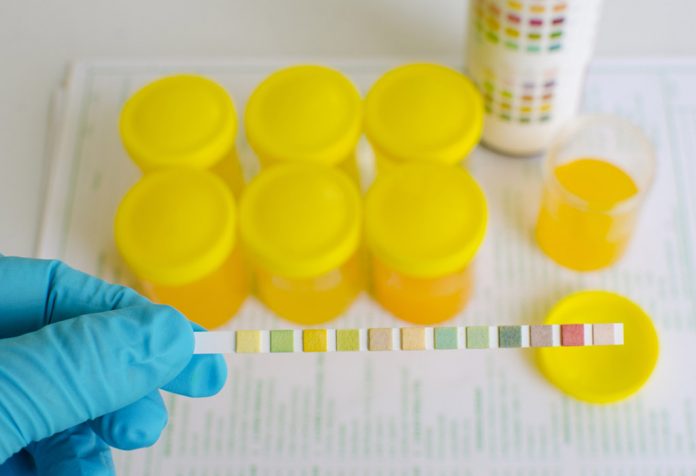 During pregnancy, your body undergoes many changes, some of which you would not have expected. It is important to know what changes in the body are expected and normal and which ones are abnormal and need medical attention. This will help you to be better prepared and have a safe and healthy delivery.

What Does Proteinuria in Pregnancy Mean?

During pregnancy, it is normal for the urine to contain traces of protein. However, an increased rate of protein discharge can be an indication of kidney dysfunction or stress and infection in the body.

Proteinuria is a condition where an excess amount of protein is discharged in urine and a loss of more than 300mg protein is a sign of the condition. Urinalysis is the test which is performed to analyse urine constituents.

Proteinuria is of two types:

Onset proteinuria develops during pregnancy and not before. It is mostly caused due to a condition called preeclampsia which is also a pregnancy disorder characterized by an onset of high blood pressure and impact on body organs.

Why Do You Need to Test for Protein in Urine During Pregnancy?

A test for protein in the urine during pregnancy is important as it helps to determine and investigate any damage to the kidney or other complications which may have arisen during the pregnancy. Discharge of protein can be an indication of a more serious problem and hence diagnosing the presence of protein in urine is important.

Causes of Protein in Urine When Pregnant

Following are the causes of protein passing out with urine during pregnancy:

Under this condition, proteinuria occurs after twenty weeks of being pregnant. Symptoms of preeclampsia include hypertension and high blood pressure, headaches, vomiting, abdominal pain and blurring of vision in case of severe preeclampsia. Accompanied by seizures along with preeclampsia, eclampsia is an obstetrical emergency that warrants immediate medical attention.

The HELLP syndrome (where HELLP stands for Hemolysis, Elevated Liver enzymes, and Low Platelet count) is associated with preeclampsia and has similar symptoms. It is a life-threatening pregnancy condition and one of the reasons that can cause the discharge of protein in the urine.

An infection of the kidney or urinary tract may also cause loss of protein in the urine. It is important to check the symptoms for this condition and consult your doctor for remediation.

Conditions such as dehydration, excess stress, arthritis and diabetes can also result in a discharge of protein in the urine during pregnancy.

Signs and Symptoms of Protein in Urine

Following symptoms can be an indication of protein discharge in urine:

Following are the tests performed to detect proteinuria:

Discharge of protein in the urine during pregnancy can be a sign of serious problems in the body. Following are the possible complications which are associated with proteinuria: Treatment for Protein in Urine During Pregnancy

Passage of high protein in the urine during pregnancy is not a disease in itself and hence there is no treatment for it. The key here is to find the root cause of the increased protein discharge and to take corrective action against the problem.

In order to understand how to reduce protein in the urine during pregnancy, it is necessary to diagnose the real reason behind it. For instance, if the reason for protein discharge is diabetes, then you will have to control it by exercising, taking necessary medication and eating the right food. If the cause of proteinuria is hypertension, you will have to get treated for hypertension in order to treat the condition.

Discharge of protein in the urine during pregnancy can be a serious condition which is not to be taken lightly. On noticing any symptoms of proteinuria, it is important to consult a doctor immediately and get yourself tested for the condition. Timely identification of the underlying disease and taking corrective action will help you from restricting any further damage from the underlying disease or ailment.