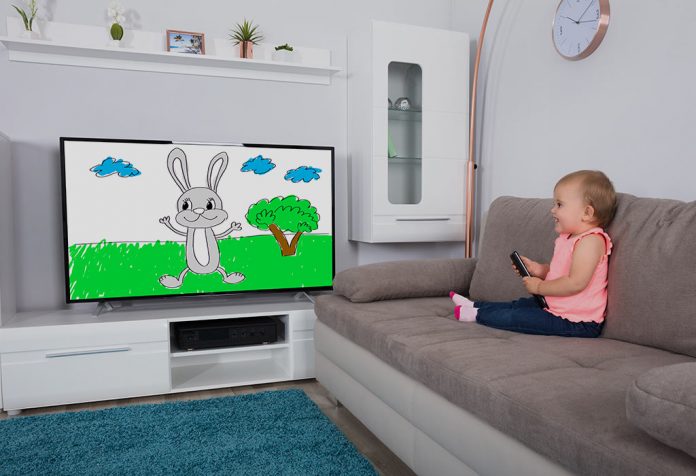 Cartoons are an inevitable part of every child’s life. Since the emergence of cartoon films over a century ago, several generations of children have grown up watching animated films. A multitude of girls have fantasized about being princesses and boys have imagined themselves to be valiant knights after watching classic animated tales like Peter Pan, Aladdin and the Magic Lamp, Cinderella, Beauty and the Beast, etc.

However, cartoons can have both positive and negative effects on the cognitive development and behaviour of a child. This article tells you all about the effects of cartoons on children and gives you tips on how to deal with its negative effects.

1. Helps Children Get an Early Start on Learning

Cartoons can help kids get an early start on learning. The positive influence of cartoons on children can be seen especially in the case of educational cartoons that teach shapes, numbers, and colours. Such cartoons can teach basic things to children in a fun and interactive way, thus making learning an enjoyable activity. The moving, talking pictures and colourful visuals make learning interesting for children.

2. Helps in the Cognitive Development

Watching cartoons can help develop your child’s cognitive skills. It can help develop logic and reasoning ability, visual and auditory processing, and sustained and selective attention of a child. 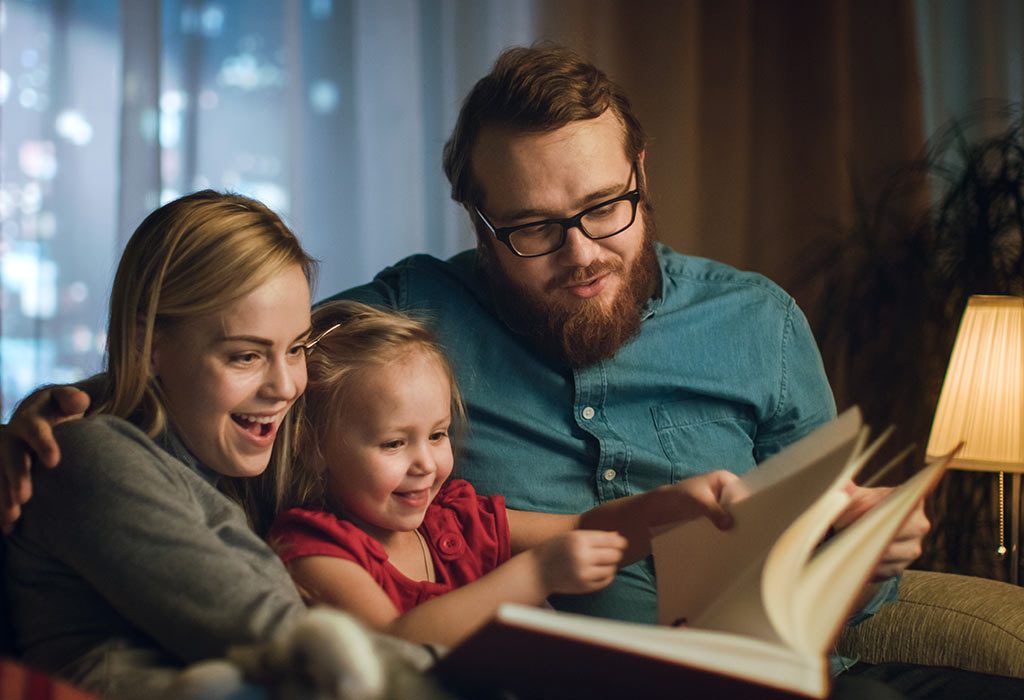 3. Helps in the Language Development

Cartoons can expose your children to different languages, thus helping children in developing their linguistic abilities. Allowing them to watch cartoons in your native tongue, for example, can help them learn the language better. By watching different cartoons kids can also improve their pronunciation and their manner of talking.

Watching cartoons help increase children’s imagination and creativity. Your child will be able to think of new ideas inspired by certain cartoons and come up with new stories or artwork based on the cartoons he watches. 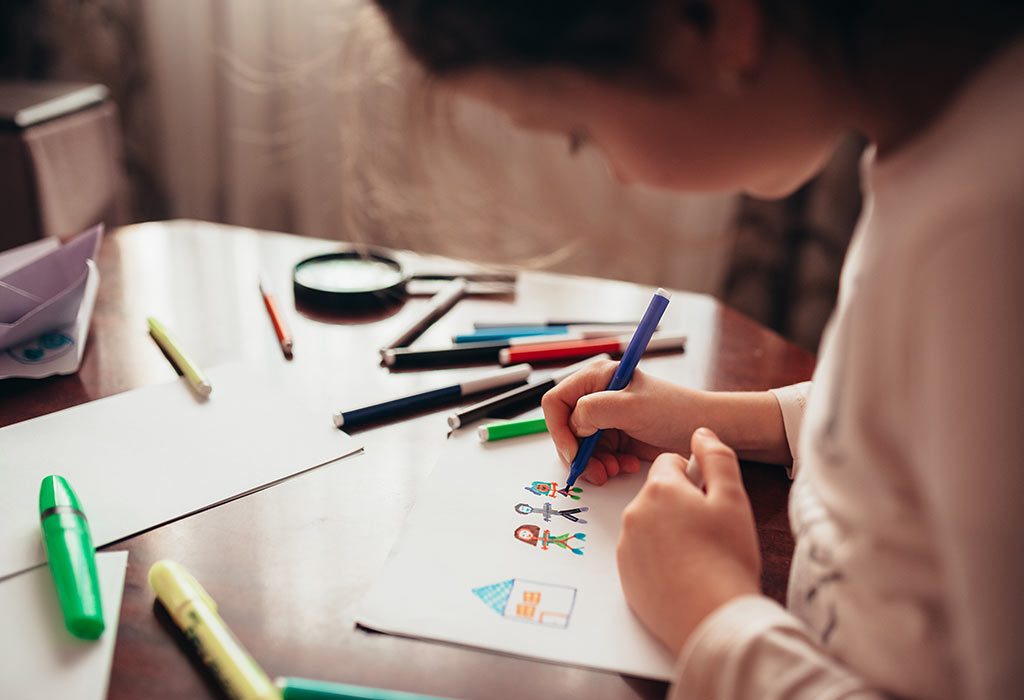 Children find cartoons amusing and often laugh out loud at the antics of the cartoon characters. Laughter is a good stress buster and a confidence builder. It also boosts immunity and causes the release of endorphins that cause us to have positive feelings. 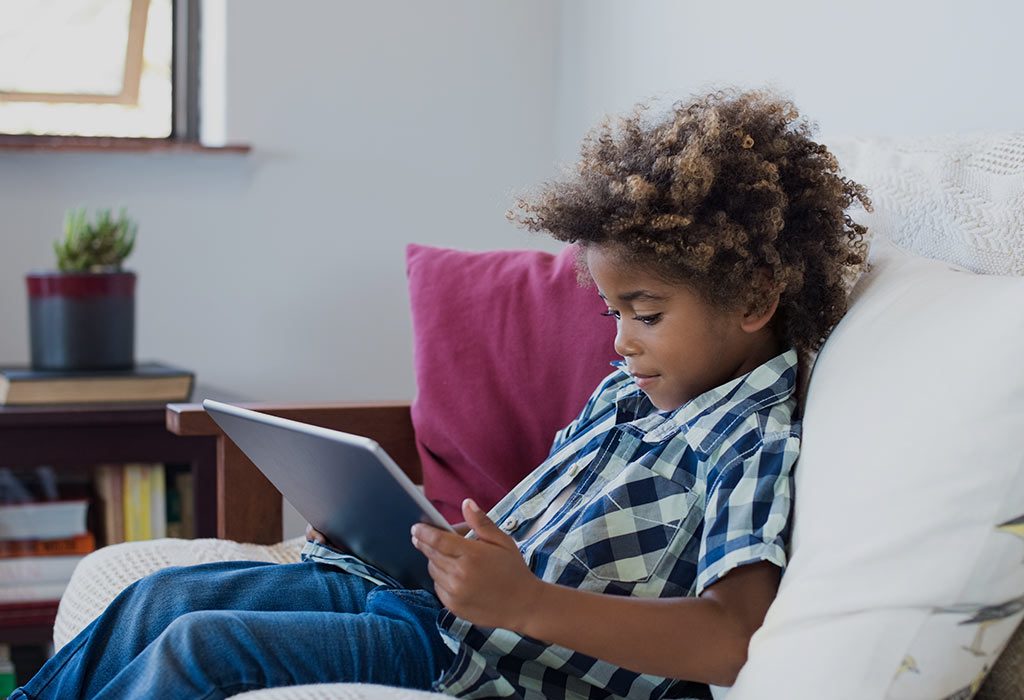 Watching cartoons which depict violence can encourage children to become violent in real life. Also, children may believe that no one gets hurt or feels pain since cartoons escape unscathed after experiencing violence or an accident. For example, characters in Tom and Jerry, The Road Runner, and Oggy and the Cockroaches often hit each other or cause each other to fall from heights, often without any real consequences.

There are several cartoons which show characters displaying rude or disobedient behaviour towards their teachers and elders. Children may mimic this behaviour and challenge their parents or teachers when they are disciplined for bad behaviour. 3. Promotes the Use of Foul Language

Cartoons often include language that is unfit for children. Children are impressionable, and they may start using bad language that they learn from cartoons in real life.

There are several cartoons which encourage antisocial behaviour and give wrong messages to children. Then there are some cartoons that contain sexual innuendos, encourage aggression, and promote bratty behaviour. These can affect your child’s behaviour and make them think it is normal to be aggressive, spoiled, or violent. 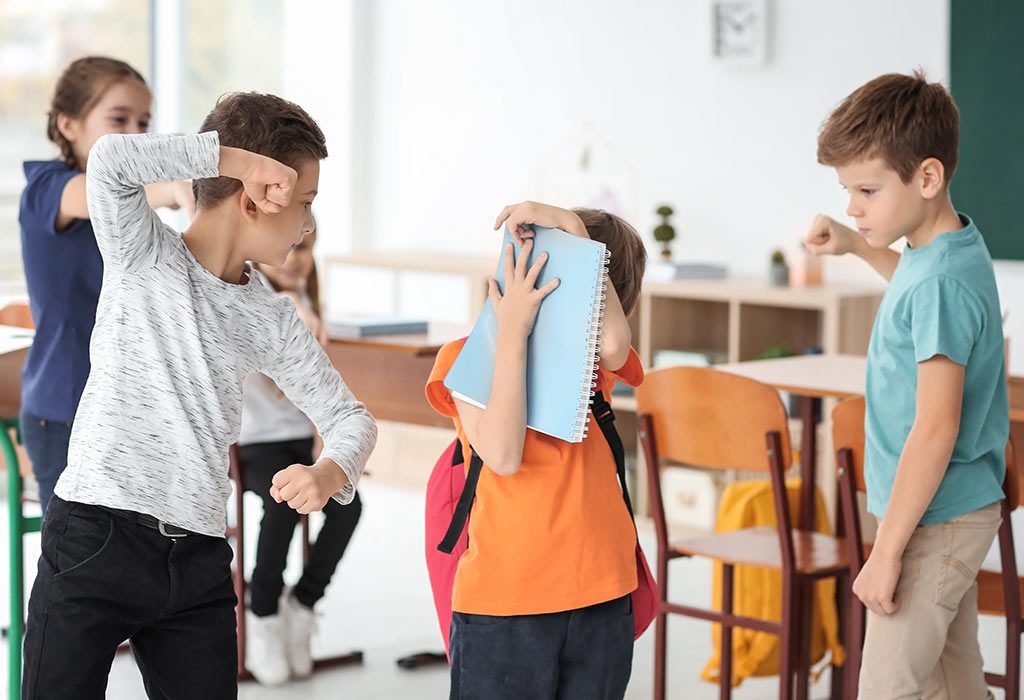 5. May Lead to Health Problems Due to Sedentary Lifestyle

Too many hours of sitting in front of a screen watching cartoons can cause several health issues due to inactivity and a sedentary lifestyle. These include obesity, vision problems, and nutritional deficiencies due to bad food habits.

Children often idolize their favourite cartoon character and mimic them or aspire to be like them. Often, the object of their admiration could be a misleading role model who encourages the wrong habits or displays insensitive behaviour towards fellow beings. This kind of impact of cartoons on children’s psychology can often lead to devastating consequences and result in children being withdrawn, uncommunicative, antisocial, or unruly.

Now that we have talked about the various advantages and disadvantages of cartoons and the impact of cartoons on children’s behaviour, here are some tips for parents to deal with the negative side effects of cartoons:

1. Watch With Your Kids

Watching a cartoon with your kids will allow you to monitor what they see and also observe their reaction to various events in the storyline. It also helps you bond better with your child. Knowing what their favourite cartoon character is and laughing with them will help you understand your child’s way of thinking and improve your relationship with the child.

2. Limit the Number of Hours

Set a rule that limits the time for watching TV or cartoons for 1 hour a day, especially for young children. Encourage them to go out and play rather than sit and watch cartoons.

Allow your child to watch only age-appropriate or educational cartoons that do not depict or encourage negative behaviour.

4. Explain the Difference Between Cartoons and Reality

Explain the difference between cartoons and reality to your child. Teach your child about what is harmful, what is acceptable and what is not realistic. For example, you could explain to your child that although a character appears to have escaped unscathed after experiencing violence, it is not the case in real life.

5. Use Filtering and Monitoring Applications

Use parental control applications which have monitoring and filtering software to filter out inappropriate content and lock content which you do not want your child to access. Make sure you do not leave the child alone in front of the TV or iPad for hours without monitoring what they are watching.

Explore channels like Discovery, National Geographic, and Animal Planet for informative and educational content that will aid in the overall development of your child. You can also take them out to experience what they have seen on TV. For example, if they watch a program about the galaxy or solar system, you could take them on a visit to the planetarium and even point out constellations and planets to them in the night sky.

Encourage your child to watch programs with language aids that help them learn letters of the alphabet, words, and rhymes.

For storytime and rhymes, you can use audio CDs rather than cartoons, as this will encourage your child to be a better listener.

9. Do Not Let Them Eat Sitting In Front of the TV

Eating while watching the television or iPad sets the stage for a lifetime of bad eating habits such as binge-eating and getting addicted to junk food. Children often tend to overeat when they are in front of a screen. They also tend to make unhealthy food choices. Eat together at the dining table as a family and avoid watching TV during mealtimes. This will help the kids focus on the meal and encourage them to eat nutritious food and stop when they are full.

Cartoons can have both positive and negative effects on children depending on what kind of cartoon they watch. By limiting children’s screen time and encouraging them to go outside and play, you can ensure that your children are healthier and happier. Following the tips listed will certainly help in avoiding the negative effects of cartoons on child development and behaviour.

6 Anniversary Ideas you both will Love

Does the Gap Between Marriage and Pregnancy Matter?