Metallic Taste in Mouth During Pregnancy

Metallic Taste in Mouth During Pregnancy 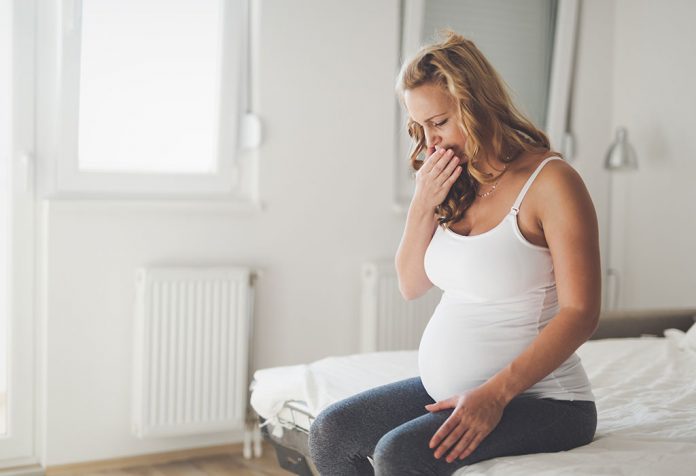 Pregnancy can bring many changes in a woman’s life, and fluctuating pregnancy hormones are responsible for most of these changes. Symptoms like morning sickness, swelling in the feet, and pain are commonly experienced by a woman when she is pregnant. But some women may experience a strange, unpleasant metallic taste in their mouth during pregnancy. You might feel as if you are sucking on a rusty coin or chewing on a piece of aluminium foil. This occurrence of a metallic palate during pregnancy is called dysgeusia.

Dysgeusia or metal mouth during pregnancy is a harmless condition. The exact reason for dysgeusia is not known, but experts believe that the influx of hormones during pregnancy bring about the changes in taste in pregnant women, especially during the first trimester when the body is still trying to adjust to the pregnancy.

What Is Dysgeusia or Metal Mouth During Pregnancy?

Dysgeusia will not result in food aversions or cravings during pregnancy, but it can cause the food to taste bitter or leave a bad taste after eating. Sometimes the metallic taste may persist even without having eaten anything. Dysgeusia can make the condition of morning sickness worse in some pregnant women.

When Do You Experience Metallic Taste in the Mouth During Pregnancy? Dysgeusia generally manifests during the first trimester of pregnancy and usually fades away as the pregnancy advances or after childbirth. In most cases, the metallic taste sensation improves by the second trimester when the hormones start to settle down a little. Some pregnant women may experience it from time to time throughout their pregnancy, especially after having heartburn or eating something with artificial sweeteners or anything with onions.

There might be other reasons for the metallic taste in your mouth that are not related to pregnancy, such as diabetes, gingivitis, kidney or liver disease, cancer or cancer treatments, or having certain dental appliances or fillings. But if you do not have any of these issues, then the metallic taste is simply because of the fluctuating hormones during pregnancy. However, if you are facing other issues along with the metallic taste, it is wise to consult your doctor.

What Are the Causes of Metallic Taste in the Mouth During Pregnancy?

The real cause of a metallic taste in the mouth during pregnancy is unknown. But here are some of the probable causes:

How Long Does Dysgeusia Last During Pregnancy?

Different women have different experiences during their pregnancy. Some women may have dysgeusia, while others may not. Know how long it lasts:

Tips to Get Rid of Dysgeusia During Pregnancy

Some helpful tips to lessen the effects of dysgeusia are:

Dysgeusia or metallic mouth is usually not a cause of concern during pregnancy. Like other pregnancy symptoms, dysgeusia tends to go away in due course of time. In case the metallic taste in the mouth is causing considerable distress or if you notice other symptoms along with the metallic taste in your mouth, refer to your doctor for dietary changes and other suitable remedies in order to cross off any other problems that might be lurking.