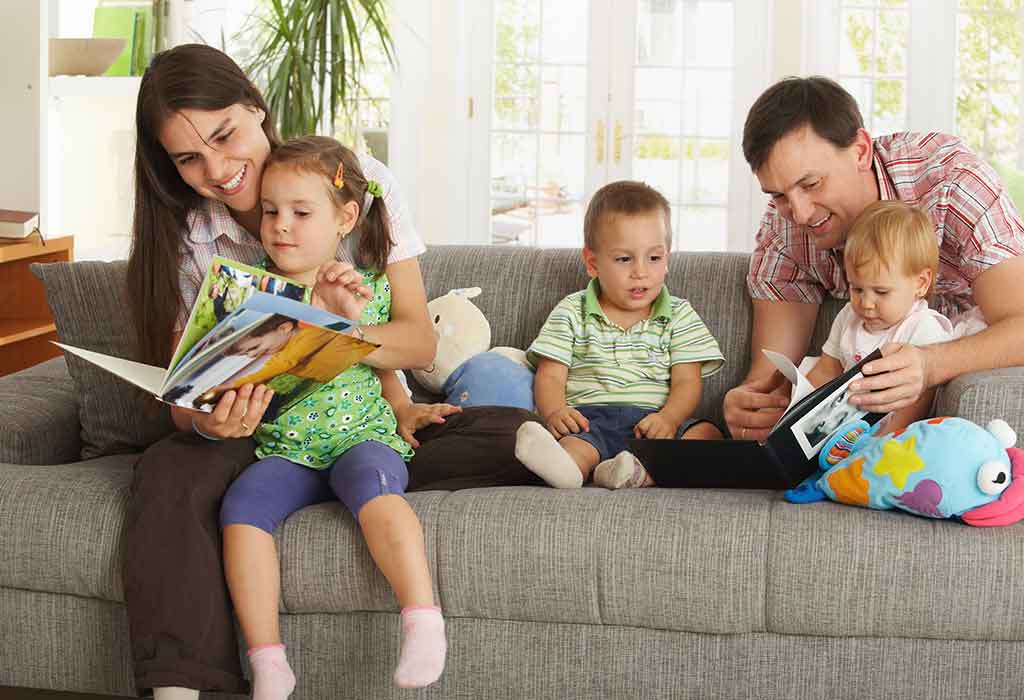 Did you know there is a theory that states the birth order influences the personalities of children? A 19th-century medical doctor and psychotherapist from Austria, Alfred Adler, inferred from his studies that the birth order has a lasting impression on kids’ lives. The birth of a younger one affects the older one in many ways. There’s also a belief that many middle-borns, or the middles, are affected the most, as they are said to be excluded, ignored, and sometimes even neglected by their parents. The feelings of anxiety and dejection that middle-borns may experience are now coined the Middle Child Syndrome, and although it is a condition that exists in popular culture, it is real.

However, everything is not dull and depressing for the middles. More often than not, the middle-borns are the peacemakers, the reliable mediators, fantastic friends, and more! Many leaders and philanthropists, such as Nelson Mandela, Martin Luther King, Abraham Lincoln, John F. Kennedy, and more, were middle-borns. You get an idea of what we’re talking about, right? The world, every now and then, needs people with personality traits that are commonly seen in the middle-borns. A day is thus dedicated to the middles, the torch bearers of these qualities, who, with their brilliance, can help make a difference! This day is called the National Middle Child Day. Continue reading to know when it is celebrated, its significance, and some interesting facts.

What Is National Middle Child Day?

National Middle Child Day is dedicated to the middle-borns, who are often said to be ignored or excluded because of their birth order. The day acknowledges the middle-borns, celebrates the traits they bring to the table to make the world a better place, and helps motivate them to continue being the best versions of themselves.

National Middle Child Day is celebrated on August 12th every year. However, there are talks that the date might be changed to July 2nd, which is the exact middle of the year.

National Middle Child Day was established in 1986 for middle children, who are said to be ignored or left out, compared to their older and younger siblings. Children born in the middle often find themselves sandwiched but also overlooked by their parents. This affects their confidence and self-esteem, and gives rise to feelings of resentment, disaffection, and withdrawal. National Middle Child Day is thus celebrated to recognise the middle-borns and highlight some pros of being a middle child.

The day highlights the positive personality traits middle-borns develop because of the way they are treated by their families. Here are some of them:

1. They are calm and quiet.

The middle-borns are often overshadowed by the determined older siblings and the adorable younger siblings. Thus, they are mostly calm and quiet. They may, sometimes, also be mistaken for being less ambitious as compared to their older and younger siblings, because of their quiet nature. They are, instead, interested in making an impact without making much noise.

2. They are resourceful, patient, helpful, cooperative, and empathetic.

Their calm nature, in general, makes them patient. They are also good observers and listeners, and seldom do they hesitate from helping someone in need. This makes them resourceful, reliable, and empathetic. Some middles understand these qualities and use them to their advantage to become good team players and leaders.

3. They are self-sufficient and independent.

Most middle-borns are overlooked by their parents; therefore, they become independent early on, in comparison to their siblings. They grow up to become independent thinkers and have an unbiased approach towards everything, especially because they have experienced injustice to some extent from their family members.

4. They are good peacemakers and negotiators.

If there’s anyone in a family who is a good negotiator or peacemaker, it is the middle-born. Because they know the importance of being heard and understood, they seldom fail to consider the interests of others. This helps them negotiate or pacify a conflict easily, compared to the others.

The day can be celebrated in several ways, whether you’re celebrating it for yourself or a middle-born you know. Here are some interesting ideas that must be included in your plan:

The reach of social media cannot be underestimated. Just a simple post wishing all the middle-borns and acknowledging their contribution, patience, and love will make their day!

A beautiful message will never fail to surprise the middle-borns. Choose the one that expresses your feelings the best, or draft a message yourself to make the middle-born feel special.

3. A Toast to the Middles

Throwing a party will need some more planning than wishing them, but imagine how loved the middle-borns will feel when you surprise them out of the blue! Be sure to invite all the middles you know. It’s one way to acknowledge their pain of being left out for the longest time and making efforts to fade it away.

These interesting facts will assure you why the day holds some importance in present times:

As mentioned earlier, most leaders and commanders-in-chief were middle-borns, like John F. Kennedy, Theodore Roosevelt, and Abraham Lincoln. Back in the time, men, in general, were considered firstborns even when they had elder sisters. If you only take the birth order into account, most of these leaders were middle-born.

2. Many celebrities and revolutionaries are middle-borns.

3. Middle-borns have their own syndrome.

It’s called the Middle Child Syndrome, and it addresses all the feelings of resentment and neglect the middle-borns experience, in comparison to the elder and the younger siblings.

Nowadays, almost two-thirds of women in the US birth one to two children only, compared to the ‘70s and the ‘80s. This means that the population of middle-borns is decreasing to a great extent.

Now that you know what the day is celebrated for, go ahead and make a middle-born’s day special. Send them a message, take them out for lunch, or just call them and talk to them. They deserve every bit of the attention their siblings get!

Middle Child Syndrome – Signs and Tips to Prevent It
How Birth Order Effects Behaviour and Personality of Children
Sibling Rivalry: How to Deal With it?