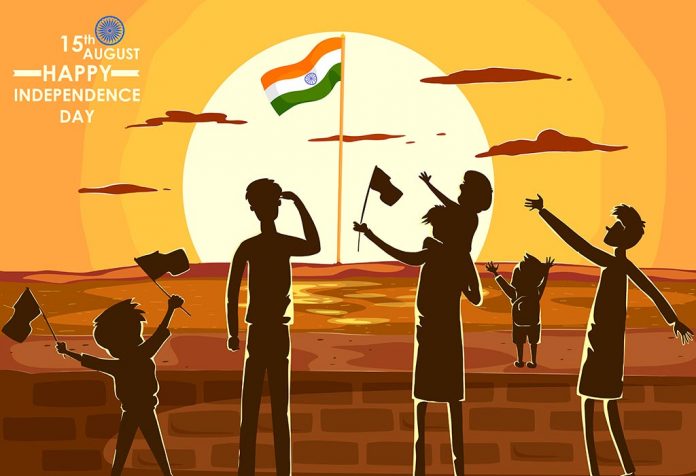 When and Why Do We Celebrate Independence Day?

Indian people were done with the British rule and so they decided in 1929 to demand full independence from the British on 26th January 1930. However, the British did not agree to this and went on to rule India until 15th August 1947.

On July 18, 1947, the British had passed a law that stated that on 15th August 1947, India would become an independent country and would cease to be a part of the British Empire. Thus, India gained its freedom on the latter date, and since then, every 15th August is celebrated as India’s Independence Day. It must be noted that the date of 26th January was still remembered and later became the date when India became a republic nation in 1950.

Independence Day is celebrated in remembrance of the sacrifices that our leaders made so that we could live as free citizens and as the masters of our own destiny.

History of Independence Day of India

The British came as traders to India in the 1600’s and were allowed trading rights by the powerful Indian Emperor Jehangir. India was then ruled by the Mughals who were too powerful for the British. It is only later when the Mughal empire disintegrated that the British began to conquer small parts of India. Starting with the battle of Plassey in 1757, the British began expanding rapidly throughout India till 1857.

In 1857, the Indians were fed up of the British, and there was a massive uprising throughout Northern India where Indian leaders of different backgrounds fought against the British. It is famously known as the first battle of Independence, and the British stopped expanding to other territories within India after this.

The British went on to rule India despite the freedom movement. The struggle for freedom brought the nation together. Mahatma Gandhi, the father of the nation, started many movements to force the British to leave India. By 1945, the British economy was destroyed because of World War 2, and they knew it was only a matter of time before they leave. However, on this happy day, there was also the tragedy of partition where India was divided into India and Pakistan.

How Is 15th August Celebrated in India by Children?

Independence Day is celebrated with great pomp throughout the country. Independence Day is a national holiday in India. But in schools, celebrations usually take place for an hour or two. In schools, children celebrate India’s Independence Day by singing patriotic songs, reciting speeches, and dancing on patriotic songs. Songs such as Hum Sab Bhartiya Hain, Vande Mataram, Hum Honge Kamiyab are sung on this Day. The Indian flag is unfurled, kids sing the national anthem. Sweets are distributed in the end. On the 15th of August, the Indian flag is seen in the hand of every child. Kids even ride their cycle around the neighbourhood with the Indian flag majestically fluttering as the cycle picks up speed. Here are some interesting facts about India’s Independence Day that you can tell your kids. 41 Weeks Pregnant: What to Expect