How to Prepare Independence Day (15th August) Speech for Kids

How to Prepare Independence Day (15th August) Speech for Kids 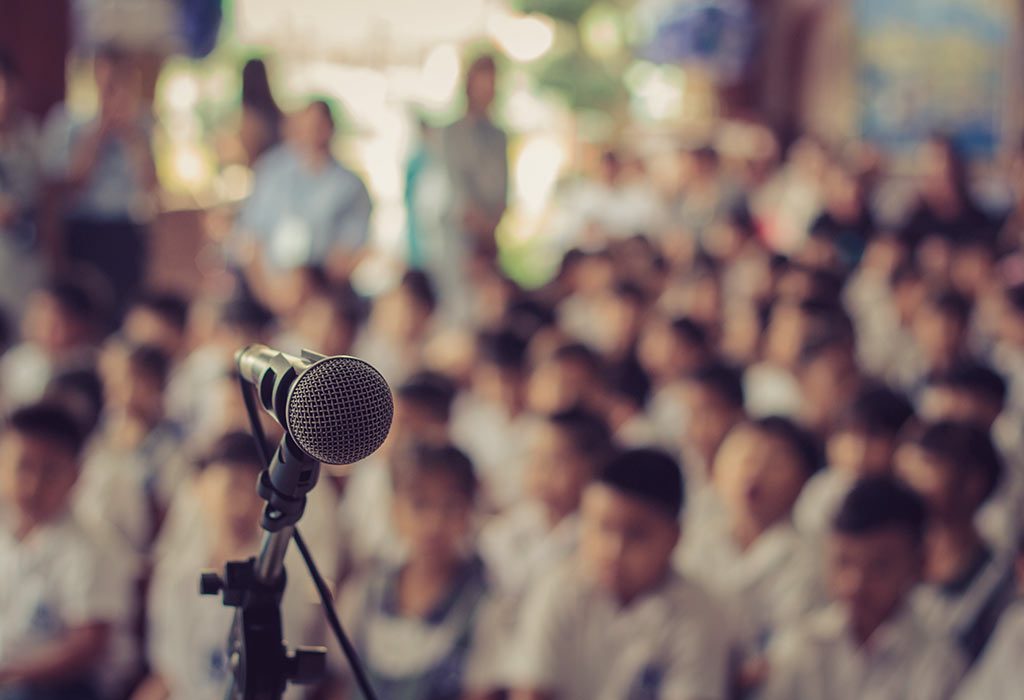 On the occasion of Independence Day, some schools take special efforts for children to know and learn about our independence struggle against British Colonial Rule. As a nation, India had to overcome some great obstacles and challenges to win its independence. The sacrifices and the suffering of the earlier generations are difficult to understand for those born in an Independent India. Parents, teachers and the elderly rightly believe that the lessons of colonialism should not be forgotten and the value of independence be cherished by the coming generations. Children should not only learn about our independence movement but also speak about its importance amongst their peers.

How to Prepare an Independence Day Speech

It can be a task to write a great speech and an even bigger task to deliver it. While helping your child prepare for an Independence Day speech for children in English, here are a few things you can keep in mind.

2. Help the Child With Facts

Those who participated in the freedom struggle dreamed of a great nation with values that guaranteed equal rights to its citizens. Much of these ideas were based on modern western democratic values. Western nations had a functional modern democratic form of governance, which gave their citizens a lot of liberty and guaranteed them fundamental right. These same nations that spoke of inclusive governance colonised and subjugated the people of other nations. Our founding fathers, some of whom themselves had studied and lived in those nations, demanded the same for the people of India. Your child should be familiar with such ideals and aspirations. Additionally, your child should also be equipped with facts and know basic things like the meaning of the national anthem, colours of the national flag, and national emblem; all of this will assist in making a good speech that has both, an emotional resonance and is informative at the same time. A quote can be summarised in a few words. Many of the freedom fighters have written motivational speeches that embody the dream of a great nation. Quotes taken from these speeches can help make a better speech by understanding what the leaders held in high regard. Not only should a few quotes be identified for use in your speech, but the context and meaning of these quotes should be understood and explained in their entirety. For example, Abraham Lincoln once said: “As I would not be a slave, so I would not be a master.” This expresses my idea of democracy”. This quote clearly signifies his idea of democracy and the aspirations of western-style democracy, precisely the same form of democracy that is also enshrined in the constitution of India.

4. The Value of Liberty

There are various voices in today’s India expressing varied opinions. Some voices take great pride in India being a modern democratic country, while others, disappointed with corruption perhaps, opine that British rule was better. It is important for your child to understand that different voices and opinions and criticism of the government are heard and accepted in true democracies. It is also important for your child to understand why a nation and its people should have a right to self-determination and have a body of representatives elected from amongst their own people for governance. A foreign power would ultimately be interested in the well being of its own nation. It is, therefore, important that powers which govern a nation should be in the hands of those who are of the people, from the people, and elected by the people.

If it wasn’t for the patriotism of the freedom fighters, we would perhaps never have our freedom. Patriotism is the attachment that one feels to his motherland, its people and its culture. A speech prepared without patriotic fervour would not inspire much in terms of an emotional attachment one feels for the nation and its people. Patriotism does not mean that the ills of society are blindly accepted; instead, patriotism is simply love for the nation and having faith that the values of the nation will eventually prevail. Your child must be patriotic and display an unreserved belief in the values of the nation.

Delivering a great speech often requires great practice. Motivate your child to memorise the speech, as it is better to speak from memory than to read from paper. Teach your child to stand straight, maintain his composure, emote, and speak in a firm unwavering tone. The child should be able to make eye contact with the audience and not stare blankly away from them. Several practice sessions may be required before the final day.

The content of a speech is not only about how well the topic is covered. It is also important that the content in a speech is in keeping with the audience. An Independence Day speech prepared for servicemen would differ in content from a speech written for school students. Remember that this speech is written for an audience that includes teachers and fellow students. Students who would be entering adulthood in the near future, students who need to understand the importance of an independent nation, and students who need to understand their place and contributions towards the greater idea of nationhood. The content of your speech should be prepared by keeping the above in mind.

An Independence Day speech for a school would have a set time for the speech to be completed. Too short a speech would leave too little time to appropriate the necessary importance of this day. On the other hand, too long a speech would sound like a monologue. Content flow should be divided into sub-headings clearly having a start, a middle portion, and a conclusion. Once you have compiled a list of subheadings, begin writing content for each sub-heading, keeping in mind a predetermined time for each sub-heading. The set predetermined time limits for each sub-heading should total to the allotted time while leaving a few moments for closing statements. The opening address of the speech should address teachers, fellow students, and guests of honour and explain the importance of Independence Day and the reason for coming together on this day. A reference should be made on the importance of Independence Day, its importance in 1947 and its relevance today. A brief explanation should also focus on the changing priorities of a growing nation, as its priorities were different in 1947 and they are different today.

10. The Vision and Aspirations of the Founding Fathers

The nation’s founding fathers yearned for independence because they envisioned a great nation and believed in the skills, aspirations, and collective potential of its people. We should cherish the memory of the founding fathers by aspiring to live up to the ideals they cherished in an independent India; ideals that included tolerance, democracy, equality, inclusiveness, and unity in diversity.

11. The Saga of Martyrdom and Sacrifice

Like all great struggles of mankind, the freedom struggle of India is rife with stories of untold sufferings, great courage, headstrong leaders, and pitched bloody battles. Mention should be made of the dauntless leadership and selfless sacrifices made by the nation’s greatest leaders on the rocky road to independence.

12. The Leadership of leaders

Pre-independence India was blessed with great leaders who inspired its people to dream of a glorious nation. Mention the names and sacrifices of great leaders and fighters all the way from the mutiny triggered by Mangal Pandey in 1857 to people like Bhagat Singh, Sukhdev and Rajguru, and the courage and resilience shown by later leaders like Subhash Chandra Bose, Sardar Patel, Khan Abdul Gaffar Khan, and many more. There were various events that opened the eyes of the people of India to the brutal nature of the British Empire and the need for self- governance, and tragic events like the Jallianwala Bagh massacre, revolt of 1857, Partition of Bengal, which all left a scar on the Indian psyche. Other events that forced the British to eventually give up their hold like the Quit India Movement and The Non-Co-operation movement should also be mentioned in some detail.

The speech should also briefly cover the trials and tribulations facing modern India and what can be drawn from the rich heritage of India and the lessons learnt from the freedom struggle. Emphasis should also be given to the achievements made by the nation since independence. When the British finally left India, they were very sceptical for the survival of their former colony. India’s achievements left many in the west gobsmacked. Within fifty years of Independence, not only did India have a functional democracy but was also Nuclear power with a very active and successful nuclear and space programme; a feat equalled by only a few nations of the world.

The closing statement must include a commitment to become ideal citizens and live up to the ideals enshrined in our constitution. A famous and inspirational quote from some great leader national or foreign leader regarding liberty, democracy or freedom would make a good closing statement.

Tips to Prepare Your Child for an Independence Day Speech

Help your child practice to deliver a great speech and also use the following tips to help build confidence. This can prepare him to face the gathering on the day.

Coax your child to memorise the speech and practice it several times over. If your child can confidently deliver the speech without reading from a piece of paper he will appear more convincing and confident. Also, teach him a few techniques to overcome his stage fear if he has any of that, like staring at a distant object and the like.

2. Dress up your Child

Many of our leaders and freedom fighters had unique taste and choice in clothes. Some dressed very modestly, while others had a distinct style. Some styling cues can be taken from our leaders to dress your child in a way that would be reminiscent of great leaders from our past.

Independence Day is a very important and significant day for India. If your child is selected to deliver a speech this day, it is a matter of great pride. Follow the tips above to prepare a suitable speech for this day.