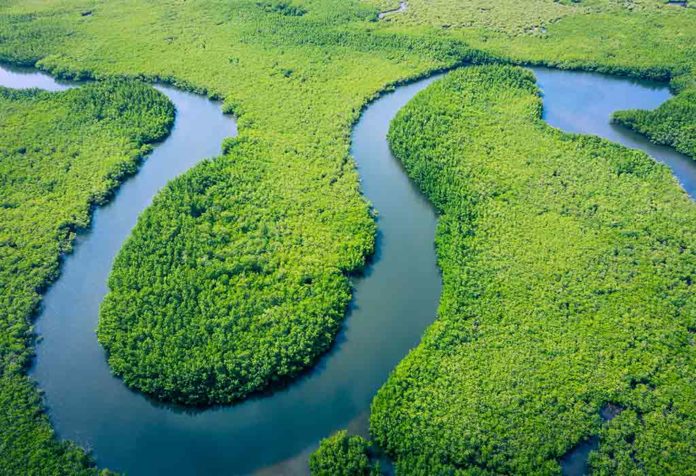 Fun Facts About the Amazon River for Children 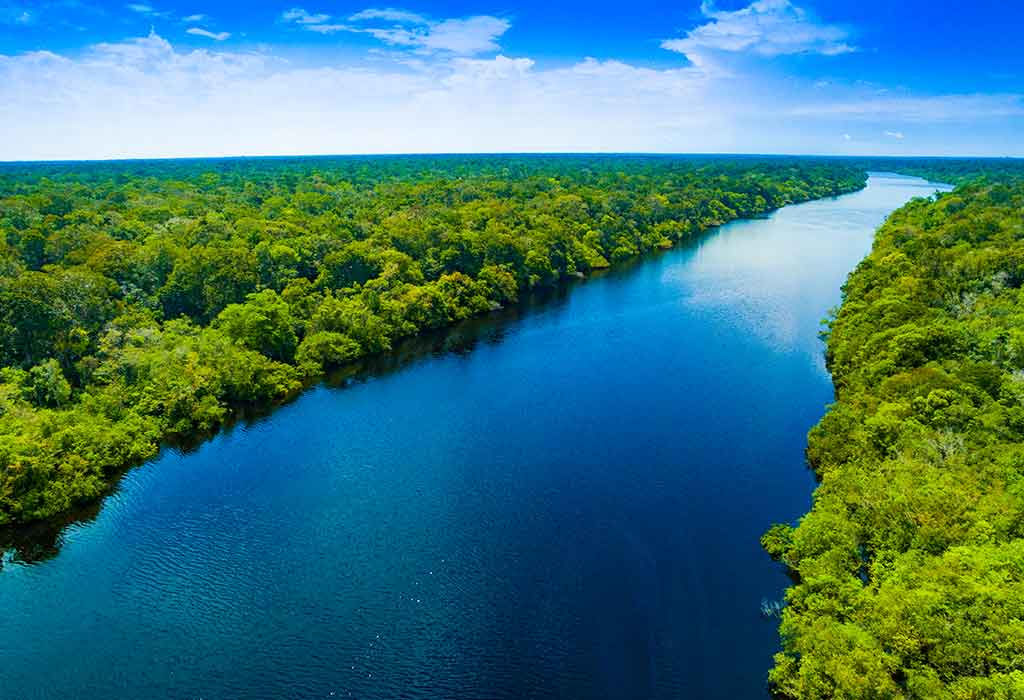 Here are 20 amazing facts about the Amazon river:

1. It is the biggest river in the world

While the title of the longest river in the world goes to the Nile, the Amazon is the biggest river in terms of how much water flows. The river is 6,992 km long and discharges about 209,000 cubic meters of water per second.

2. It is the widest and second-longest river in the world

With the Amazon River’s widest point being 7 miles, it holds the record for the widest river on the planet. The Amazon is also a close contender for the longest river and is only shorter to the Nile by 62 miles.

3. The deepest section of the Amazon river is 100m

4. People surf the Amazon river during the Pororoca

Twice a year, during the equinox and when the tide is high, Pororoca, a natural phenomenon, occurs. A high tidal wave is common at this time, surfed by many local and international visitors. The tide can go as inward as 800km.

Tributaries are small rivers or streams that flow into a large river. The Amazon has more than 1100 of these, out of which 17 are more than 1500km long.

6. Amazon river is home to the world-famous Piranhas

The Piranha fish, popularized by movies as vicious pack hunters, are found in the Amazon. The river is home to about 60 species of these omnivores fish, out of which only a few are known to attack humans.

7. Home to one of the world’s largest freshwater fish

The Amazon River is home to one of the world’s largest freshwater fish species. Called the Arapaima, these massive fishes can grow to 4 meters (15 ft) in length and weigh close to 200 kg (440 lbs).

8. Amazon was named after female warriors from the Greek mythology

Francisco de Orellana, a Spanish soldier, was the first European to explore the Amazon in 1541. He named the river after the female warriors with whom he has pitched battles on his visit. He compared them with the Amazons from Greek mythology.

9. There were no bridges on the Amazon river until 2011

Until a bridge was built at Manaus in 2011, the river had no bridges. One reason is that the size of the river made it impractical to construct one with old technology. The other is that the river mostly flows through sparsely populated areas, making it easier to travel by ferry.

10. It flows through three countries

As the Amazon makes its way across the South American continent, it crosses Peru, Colombia, and Brazil.

Martin Strel is the first man to swim the full length of the Amazon River. In 2007 he took up the challenge and swum 10 hours a day for 66 days to complete the feat. The Slovenian athlete also had help from a crew on standby to rescue if Piranhas, or alligators, attacked him. Strel swam a total distance of 5,268 km to set his record.

12. It dumps 20% of the world’s fresh water into the Atlantic

The Amazon discharges so much water into the Atlantic Ocean that it changes the salinity of the water over an area of 2,600,000 square kilometers.

When studying the flow of sediments in 2006, Geologists realized that the oldest sediments were found upstream. Later, the river flowed in the opposite direction from East to West until the Cretaceous Period. The gradual change in direction occurred around 100 million years ago when the Andes rose.

14. It affects sea level in the Caribbean

The Caribbean Current picks up copious amounts of fresh water discharge into the Atlantic. The water carried to the islands is thought to increase the sea levels by at least 3cm.

15. It has an endemic species of river dolphins

The Amazon is home to a species of pink river dolphins found solely in that part of the world. These freshwater dolphins have evolved over the last 18 million years to thrive in the river.

16. A coral reef stayed hidden in plain sight at the Amazon delta until 2016

The massive discharge of sediment by the river kept a whole coral reef at the delta hidden until it was discovered and mapped in 2016. While there were hints of its existence way back in 1950, it wasn’t confirmed until recently. The reef is home to new species of sea sponges, exotic fish, sea stars, and other creatures. Stretching 1000km and covering an area of 9,500 square km, it is one of the most amazing Amazon river features to be discovered until now.

17. There is a hidden river below the Amazon

Amazon never ceases to surprise geologists. In 2011 it made headlines when an underground river that mirrors the Amazon 4km below the surface was discovered. Named the Hamza River, it is 4 times wider; however, it only carries a fraction of the water of Amazon.

18. The biodiversity supported by the Amazon river is not possible without the Sahara Desert

As proof of the interlinking of ecosystems on the planet, dust that is routinely carried by the Sahara desert is crucial for fertilizing the Amazon rainforest. The phosphorus from the desert sand is carried by high-altitude winds and deposited over the Amazon basin. Without the Sahara, Amazon wouldn’t be as lush as today.

19. Amazon has over 100 dams built across its length

According to a recent study, the Andean headwaters of the river have 142 dams that are used for hydropower and fishing. An additional 160 dams have been proposed to be built over the years.

20. It is a relatively young river

The Amazon region has Precambrian fragments and has some of the oldest rock formations dating back to 3 billion years. It flowed from east to west during the Proterozoic era and drained into the Pacific Ocean. The modern-day Amazon is estimated to be about 11 million years old. Compared to other rivers that have flown for hundreds of millions of years, Amazon is relatively young.

The Amazon river is a record-setter in volume, size, length, biodiversity, and many other parameters. As more facts are revealed about it river, it never ceases to amaze the people around the world.

How to Teach Preschoolers The Difference Between Big and Small

Facts About Apple for Kids

You Know You’re in a Cherished Relationship When…..