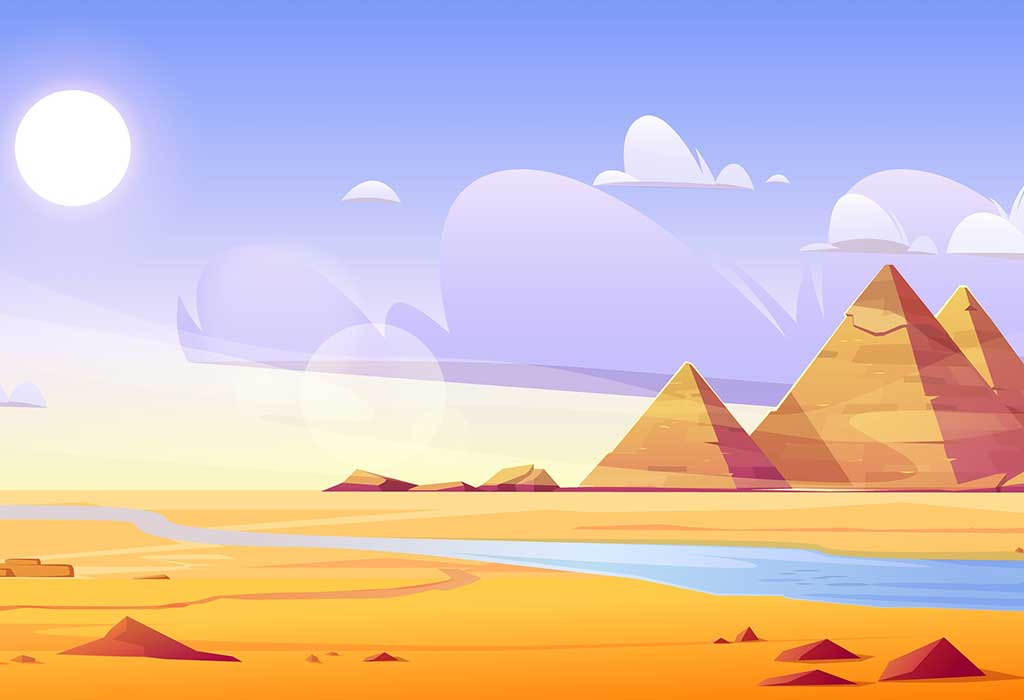 The Nile is the longest river not only in Africa but the entire world. Originating from the Greek word ‘Neilos”, Nile means ‘valley.’ Since ancient times, the Nile has been a vital lifeline that breathed life into the arid and parched desert. It nourished its soil, provided water and food resource, served as a crucial transportation and trade route, and continues to do so. These interesting facts about the Nile River include its economic, strategic, and social importance from the detailed information given below.

Which Place is The River Nile Located in?

Located in northern Africa, the River Nile starts in Burundi. It flows northeast and meanders through eleven countries before eventually emptying into the Mediterranean Sea.

Where Does The Nile Originate From?

The Nile begins in the central part of Africa in Burundi, south of the equator. The river’s source has been a decade-long dispute as innumerable feeder rivers are flowing into the vast Lake Victoria. The Kagera River, being the largest of them all, is considered a source apart from the Ruvyironza river of Burundi. It is an upper division of the Kagera River that flows into Lake Victoria.

What is The Significance of The Nile River to The Ancient Egyptians?

If you’re interested in some historical Nile facts, the mighty pyramids stand the test of time to tell tales of this river’s significance to the ancient Egyptians. The Nile played an important role in creating and developing the Egyptian civilization within the desert. Since they believed that the Nile would carry them into the afterlife, it has been revered not just for its physical presence but also for political and spiritual reasons.

The early inhabitants of the Nile valley depended on the Nile’s annual floods to supply moisture for cultivation. Its rich fertile soil was ideal for growing wheat for making bread items, flax for making clothes, and reeds used to make papyrus utilized for boats for transportation and making paper. The silt deposited by the river was the raw material for making bricks used for building structures like tombs, temples, and shelters.

Apart from drinking water and fishing, the river provided the basic needs of the communities. Pyramids were built close to the Nile as the granite stone blocks needed to be transported by barges down the Nile from Aswan, which was 900 km away. Other temples and tombs were also built due to the presence of the Nile. The annual calendars of the Egyptians were prepared around the activities of the Nile River. No wonder Egypt was called the ‘gift of Nile.’

When and Why Did The Nile River Overflow?

The Nile has played an important role in the natural cycle of events in Egypt. It was fed by the waters of the heavy summer rainfall and snow melting from the Ethiopian mountains of east Africa that caused flooding. This season of flooding, popularly known as Akhet, meaning inundation happened between June and September. 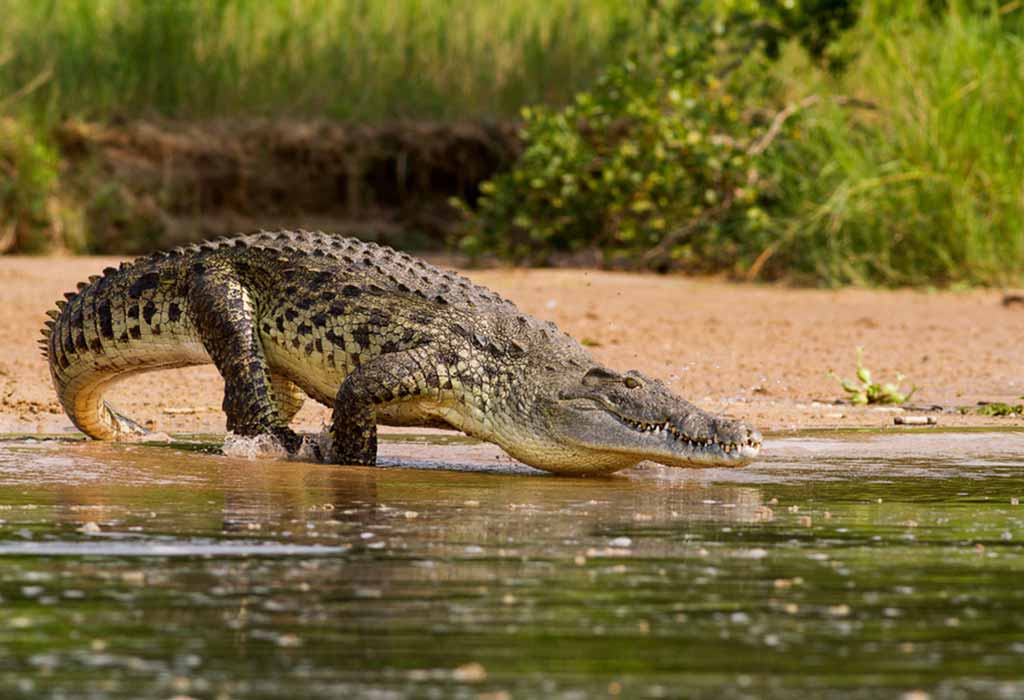 Which Animals Live in River Nile?

While discovering the Nile river facts for kids, we must not forget about the diverse species of animals that call this river their home. Here are some of the most notable aquatic fauna that needs a special mention:

The Nile crocodile is the second-largest and heaviest reptile globally. They reach upto six feet and live in the lakes, rivers, and marshlands of large parts of sub-Saharan Africa. These powerful and aggressive predators eat a wide range of fish, birds, reptiles, and mammals.

A Hippopotamus amphibius is semi-aquatic and is found in the deep water and adjacent reed beds (swampy Al-Sudd region and further south) along the Nile. This herbivorous animal reproduces in water.

This freshwater fish is a popular source of food to many East African nations. The Nile perch measures up to a length of 2m and weighs up to 200 kg. Insects, crustaceans, small fishes, and zooplankton are its favorite food.

The Nile soft-shelled turtle has an omnivorous diet. Humans hunt it for its delicious meat and eggs.

Deadly and non-deadly varieties of snakes, such as the red spitting cobra, vipers of different varieties, Egyptian banded cobra, and black mamba, are found in the river. Fish, invertebrates, and amphibians that inhabit the water satiate their hunger.

This freshwater fish makes a substantial contribution to the local economy of the Nile basin by providing a food source and attracting tourists who venture out to the river banks for sightseeing and fishing. It has a silvery color with narrow black strips running horizontally on its body. Its sharp and conical teeth allow it to cut into prey.

The Monitor lizards measure up to 120 to 220 cm in length once fully grown. Fish, snakes, birds, frogs, crocodile eggs, carrion, and small mammals are the common prey of Monitor lizards of the Nile basin.

Other Important Facts and Information About The Nile For Children

Here is a roundup of some of the cool facts about the Nile River that might stir your curiosity about this water system :

A spectacular journey along the Nile River offers views of panoramic deserts, exotic animals, colorful villages, fertile farmlands, and UNESCO World Heritage Sites that preserve the ancient glory of Africa. So, we’re naturally in awe of this river which might be a marvelous place to visit. With these facts about the Nile River for kids, you are sure to engage your child in the nature surrounding them and make them more excited about traveling and exploring new places!