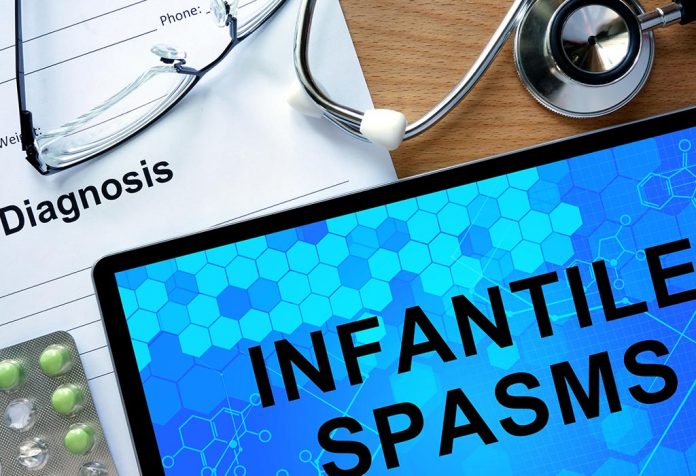 Infantile spasms as the name suggests are sudden jerks and stiffness in the baby’s bodily movements that are basically little seizures that can have long-term repercussions. It’s a worrying sight for all parents to see their baby exhibiting unusual spasmodic movements and an early recognition and treatment can lead to better outcomes.

What is West Spasm?

For those asking what are infantile spasms, it is also called West syndrome or West spasm. It is a rare form of epilepsy that occurs in close to 1 in 2000 babies. The symptoms begin to show by the time the baby is within a year old and is characterised by spasms, reversal of development and a specific type of erratic brain activity pattern termed as hypsarrhythmia. The name West comes from the first person to describe it – Dr W. West in 1841 when he noticed it in his own son.

The seizures in this condition would only last for less than a few seconds and occur close together as a cluster of seizures that have a gap of 5-10 seconds in between. During the spasm, the baby’s body might suddenly stiffen, the hands and legs may bend forward, the back might arch and the head may also bend forward. However, in some babies, the spasm last less than a second and can be hard to notice at first and in some, the only symptom might be the eyes rolling up or there’s a small crunch in the tummy. The spasms commonly occur just after the baby wakes up and it’s rare during sleep.

Parents commonly notice a number of changes in their babies soon after the spasms begin. Some of them include:

Who can Get Infantile Spasms?

This is a rare condition that affects less than 6 babies out of 10,000. It usually begins between 2-12 months of age and the peak symptoms are seen between the ages of 4-8 months.

Based on how they occur and what causes them, doctors may refer to infantile spasms as one of the following three types:

This is a term used when West syndrome is caused by another condition in the baby and the doctor is aware of what the other condition is. 70-75% of the babies that have infantile spasms are diagnosed with the symptomatic type.

Infant spasm is classified as cryptogenic when the doctor suspects that another condition is causing is but does not know what it is. Cases of cryptogenic west syndrome range vastly between 8-42%.

Infant spasms are classified as idiopathic when the baby was developing at a normal rate both physically and mentally before west spasms. In this case, however, the underlying cause is genetic and not some other condition. These occur is about 9-14% of the cases.

Infantile spasms can be caused by any condition that damages the brain and they can be prenatal (happen before the baby is born) or postnatal (after the birth of the baby). There are numerous conditions that can lead to it and some of them are listed below.

Signs and Symptoms of Infantile Spasms

The obvious symptoms of the condition are seizures and spasms. They can both be mild or forceful and last only a few seconds while they appear in clusters. The short spasms follow one after the other with a few seconds of break between them. A mild seizure might look like the baby suddenly nods its head or jerk their hands or legs abnormally. A stronger seizure could make them stiff and curl by bringing their knees toward the chest or fling their arms out violently. Some seizures can affect only one side of the body and you may also notice the baby cries before or after a seizure.

Babies may also seem to jerk or twitch their muscles and this is termed as myoclonus. They are classified as two types:

Other noticeable West syndrome symptoms include:

How is West Spasm Diagnosed? The diagnosis is made by the correlation of the typical features with the characteristic EEG of the condition. The EEG typically shows a chaotic pattern called hypsarrhythmia in babies with West syndrome. The exact cause is generally found in 7 to 8 out of every 10 children with the condition and a number of other tests are done along with the EEG to confirm it. Some of them include brain scans such as the MRI, urine tests, blood tests, and spinal fluid tests.

Unfortunately, in most children West syndrome can have long-term repercussions in the form of delayed development, learning difficulties, Autism and about 7 in 10 babies would have severe mental disabilities. Many of them go on to have other kinds of seizures in adulthood and 1 in 5 will have a severe form of epilepsy called Lennox-Gastaut syndrome. The severity of the disability will depend on the underlying cause of West syndrome and it is generally observed that:

How is Infantile Spasms Treated?

Treatment for the condition would require your doctor to work with specialists and involves the following approaches individually or as a combination:

Medication is the most common treatment and the doctor would try a range of medications such as:

A ketogenic diet that is rich in fats and low in carbohydrates might be suggested by the doctor. Such diets should only be given under the supervision of nutrition specialist and not to be tried on your own. A ketogenic formula will have to be given to the baby along with regular breastfeeding. The doctor might even admit the baby to the hospital to start the treatment.

If lesions show up on the brain scans of the baby, surgery may be performed. Commonly a procedure called a corpus callosotomy, also called a split-brain surgery is performed that will reduce the intensity of the seizures.

Most babies with West syndrome respond well to treatment and the long-term outlook depends on the underlying cause of the condition.

7 Easy-to-Make Dishes for Your Next Potluck Party

Do We Need to Think Twice About Sharing Pictures of Our Kids?

100 Mongolian Names for Boys and Girls