When Do Babies Start Rolling Over?

When Do Babies Start Rolling Over? 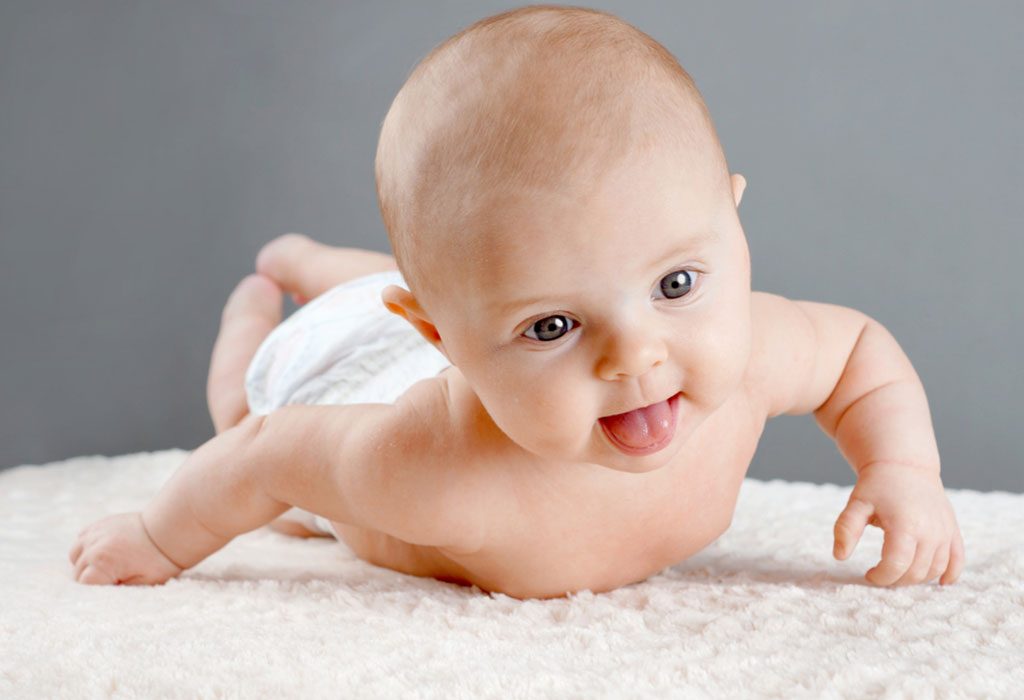 Rolling over is one of the first milestones a baby achieves. It is great fun to see your little one do so from the time when he could do nothing on his own. It is a gradually learned skill which comes with time and practice in the baby. It tells us that the baby has acquired strength in his arms, neck, and back. However, rolling from front to back and back to front requires different muscles and skills.

When Will Your Child Roll Over?

At what age do babies roll over? This is the most common question among parents. Unfortunately, we cannot specify any particular time or an age to it. Some babies may start rolling over at three to four months, and some may not even get it until they are close to seven months. However, babies between five months and seven months have improved flexibility, making them master the skill of rolling over in all directions i.e. from front to back, back to front and side to side, comfortably and with great ease.

Precautions You Need to Take

Seeing our little one rolling over from side to side gives us immense joy. However, we must be cautious and should take certain precautions during this period, so as to keep our baby safe from the risk of Sudden Infant Death Syndrome (SIDS).

What if Your Baby Is Premature?

Premature babies often reach developmental milestones at the same time or a little later than full-term babies (having taken their corrected age into consideration). For example, a 6-month-old baby’s corrected age, who was born 2 months premature, would be 4 months. Therefore, if the baby develops or attains milestones akin to a 4-month-old, it is considered to be absolutely normal.

However, there may be preemies with health issues or disorders. They may also not grow in accordance with the developmental timeline.

How Will Your Baby Learn to Roll Over?

An infant learning to roll over can be a gradual process. Below are the developmental processes that lead a baby to the “rolling over” milestone.

Teaching Your Baby to Roll Over

Rolling over is a milestone which almost all babies learn on their own. However, parents can also help their babies in the learning process. Here are steps to do so:

You could encourage your baby to lift his right hand by brushing a toy or an article of his liking against his right hand, and taking it to the left side. Slowly, with your hand on his right hip, gently bend his hip and roll him towards the left. Repeat it on the other side.

Tips to Help Your Baby to Roll Over

On average, babies start to first roll over between 2 – 5 months. However, parents can help them in doing so and be a part of their growth process by the list of tips given below:

Carry your baby in a carrier which keeps his legs in frog-like position, rather than in a carrier in which his legs are kept apart as in straddle position.

Tricks to Encourage Your Baby to Roll Over

Does Rolling Over Mean Your Baby Can Walk?

Your baby is able to roll over means his neck muscles have become strong enough to hold his head up. After that happens, your baby will start crawling, which will be followed by your baby being able to stand up on his two feet. Once he reaches this milestone, he will start walking too with someone’s help in the beginning and then slowly, all by himself.

Do Babies Roll Over From Back to Front Or Front to Back?

What to Do If Baby Rolls Over While Sleeping

A baby rolling in his cot while sleeping is a common worry among many parents. Here is a list of things to do in order to keep your baby safe:

A lot of care must be taken while putting your little one to bed in order to reduce the risk of Sudden Infant Death Syndrome (SIDS). Below is a list of things you could do:

What to Do After Your Baby Starts Rolling Over

After your baby starts rolling, make sure to always place a mat or a blanket on the floor and keep him there. Keeping him on a table or on some raised platform may result in a fall. While putting him to sleep, make him sleep on his back, and on a bed with tight bedding. Also, be particular to remove all toys, pillows, or objects that might suffocate him.

Baby rolling over at 3 months is the correct age. The primary concern for parents has been baby rolling over in sleep or baby rolling over at night as that increases the risk of SIDS. Apart from this, the other major concern of parents is regarding babies not being able to roll over even at 7 months. However, if your infant was born premature, he may do it a little later. If that too isn’t the case with your baby, and he still has not started rolling over or developed some other skills like sitting or crawling, then you should consider consulting a paediatrician.

Rolling over is one of the first milestones to watch out for in your little one. It is one of the major motor skills that a baby acquires. It can happen only if the baby has developed the muscles that are required to perform the skill. As much as seeing your little one roll over on all sides will bring a smile in your face, it will also raise certain concerns like his safety, for which parents need to always be on high alert.

1.What Is the Next Milestone After Rolling Over?

Baby will soon be sitting up, initially with your help and then on her own, once she masters turning over and her neck muscles are strong enough to lift her head, both crucial motor development skills.

Baby might then begin to crawl and eventually learn how to stand up. Be prepared for her to take the first steps and begin walking on her own two feet once she crawls and stands up to anyone. Always see your paediatrician if you have any concerns regarding the timing or content of any milestones for your infant. Enjoy the journey as well, don’t forget! The most enjoyable year is the first one when the newborn roll over, smiles, coos, and walks.

2. Do Babies Skip Rolling Over?

Although there is some variation, most infants roll over by the time they are 4 to 6 months old. In the beginning, your baby will roll from their stomach to their back. Some infants have this ability as early as three months.

3. How Long Does the Rolling Phase Last?

This is a simple and short-term fix. However, this phase is typically brief (usually lasting two to three weeks).

Previous article « Understanding & Treating Sore Throat in Babies and Toddlers
Next article Postpartum Exercises: Workouts to do After Delivery »