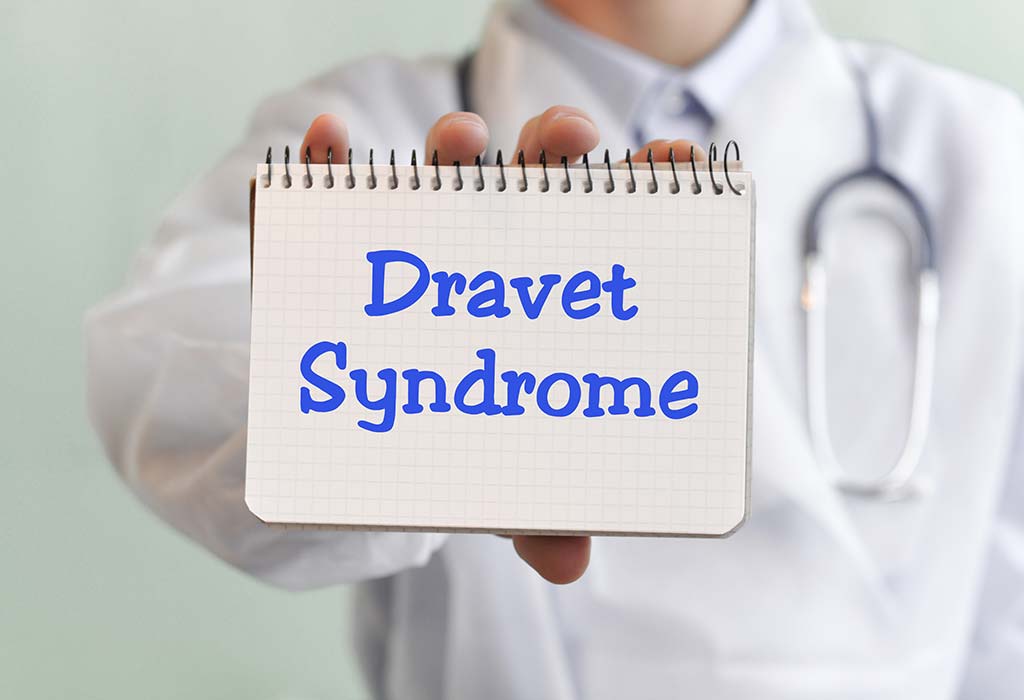 Dravet syndrome is characterized by prolonged seizures that begin in early infancy and last a lifetime. Children affected with Dravet syndrome may have a range of cognitive, behavioral, and physical disabilities and developmental delays that could affect schooling. Such children need constant care and supervision that extends through adulthood. Hence it is important to understand Dravet syndrome epilepsy in detail to diagnose it early and do the necessary treatment before it’s too late.

What Is Dravet Syndrome?

The Dravet Syndrome is a type of epilepsy mostly caused by a pathogenic variant mutation in the SCN1A gene. The disease affects the function of brain cells (neurons). The syndrome was known as epilepsy with polymorphic seizures, polymorphic epilepsy in infancy (PMEI), or severe myoclonic epilepsy in infancy (SMEI) before 1989. This genetic epilepsy is treatment-resistant and is characterized by temperature-sensitive/febrile seizures that cause exhibit developmental delays and intellectual dysfunction like autism spectrum disorder.

Recurrent seizures may result in changes in movement, behavioral patterns, sense of awareness, or sensation. Dravet may also include loss of consciousness or convulsions, which last from a few seconds to a few minutes in most cases. Only one faulty copy of the disease-causing gene is sufficient for developing the condition. The syndrome appears during fetal growth and affects males twice as often as females. Dravet syndrome facial features of children include a small, upturned nose or a thin upper lip.

How Common Is Dravet Syndrome?

With about one in every 30,000 births, patients affected by Dravet Syndrome are also prone to prolong life-threatening seizures called status epilepticus. Nearly 20,000 to 40,000 people worldwide are affected by this rare condition that may be a vital cause of sudden unexplained death in epilepsy (SUDEP) for children compared with other forms of epilepsy. Reportedly 1 in 20,000 to 1 in 40,000 people have Dravet syndrome, and 3% to 8% of children having a first seizure by 12 months of age may be affected by it.

What Are the Causes of Dravet Syndrome?

Signs and Symptoms of Dravet Syndrome

Seizure is one of the primary symptoms of Dravet syndrome, which usually begins when the child is around 5.2 months or any time between 1 and 18 months. They may be otherwise healthy and have normal development. Most children with Dravet syndrome have status epilepticus or more frequent seizures that last more than 5 minutes. Older children and adults with this epilepsy may experience less frequent and shorter seizures. Since Dravet syndrome is not associated with a family history or any specific risk factors, parents may find it difficult to recognize subtle changes in children with this syndrome.

Moreover, it can progress rapidly over about a year, varying between convulsive and non-convulsive seizures, with a child losing abilities through the course. The severity, type, frequency, signs, and symptoms of Dravet Syndrome may differ from one person to the other. Here are some that are maybe taken under consideration.

Seizure photosensitivity with Dravet syndrome is a response to bright or flashing lights. Additionally, a person with Dravet syndrome may be prone to having seizures in response to changes in body temperature or high fever. Inadequate sleep or stress can be common triggers for a seizure. Since children need to sleep for a longer duration than adults, lack of sleep or disrupted sleep can increase the incidence of seizures.

The syndrome causes issues with the autonomic nervous system, which causes involuntary functions of the heart, lungs, stomach, or intestines.

Absence seizures may cause lapses of consciousness that can last for 20 seconds or longer or repetitive movements, like chewing lips or fidgeting fingers. A child may stare blankly into space, stop talking abruptly and restart talks. Myoclonic seizure is a rare seizure characterized by brief, sudden spasms or jerks of the muscle or a muscle group that occur in bouts, mostly in the upper body. A child experiences a sudden increase in muscle tone similar to electricity jolts. Atonic seizures cause sudden limpness of the muscle. Focal seizures are the ones that occur in one part of the brain. Tonic-Clonic Seizures make the full-body twitch and jerk leading to the unconscious. Once the child gets the first febrile seizure, seizures can happen without a fever too. They may even have seizures frequently when they are ill or have a fever.

Dravet syndrome makes people prone to frequent ear, nose, throat, lung, digestive, or long-term infections. However, research is yet to understand if these problems are caused due to the overall disability or a more specific relationship to this condition.

Frail bones and proneness to bone fractures are the signs of Dravet syndrome.

About one-third of people living with Dravet syndrome have an irregular heartbeat, such as a rapid heart rate, a slow heart rate, or prolonged QT interval.

Cognitive delays, difficulty in learning, and delayed speech in toddlers aged 1-2 years are common with those suffering from Dravet Syndrome. Some people with the condition also have a better intellectual ability than others. Hypotonia is a lack of muscle tone and is common for children around 1 year old. Ataxia is a disorder affecting a child’s coordination and balance after they start walking. Ataxia is seen in childhood and continues in adolescence and adulthood. They may even walk in a crouched position due to muscle weakness due to low muscle tone.

Dravet syndrome behavior is mostly related to autism spectrum disorder, attention deficit hyperactivity disorder, irritability, and aggression in social environments like school. It can cause attention and learning deficit along with emotional distress among children. Autistic-like behavior, including difficulty in social interaction, having repetitive and patterned movements, and lack of eye contact, are also found among children with Dravet Syndrome. 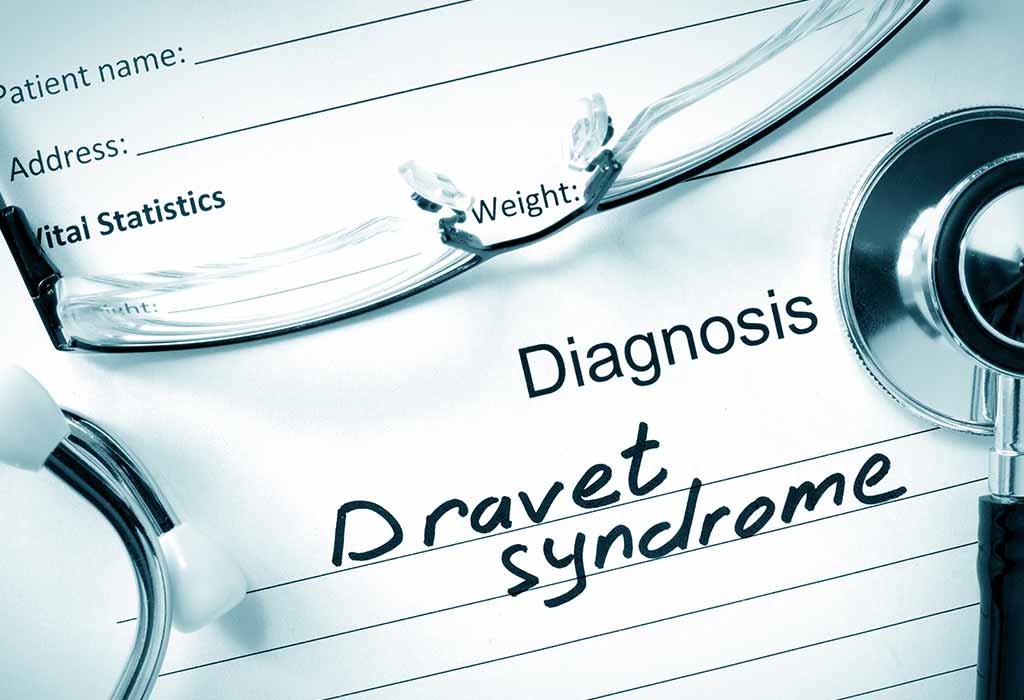 Diagnosis of Dravet Syndrome is often delayed as it is rare and can be challenging for doctors to diagnose. Early diagnosis can help reduce the frequency and length of the seizures. If a child has two or more prolonged seizures before they complete the first year of age, it is important to speak to the neurologist if any additional testing is needed. An early diagnosis is critical to proper treatment and the best possible outcome.

How to Treat Dravet Syndrome?

Although there is no Dravet Syndrome cure, treatments or care may decrease the number and severity of seizures. Some most common treatments for this condition are occupational and physical therapies and can be considered to reduce the trigger of seizures.

Research suggests that a ketogenic diet high in fat and low in carbohydrates, like grains and starchy vegetables, may help children with Dravet syndrome. Protein also helps to promote growth. This diet affects GABA levels and harms biochemical pathways involved in the proper functioning of the central nervous system.

It is necessary to avoid seizure triggers like visual patterns and flickering lights in children with Dravet syndrome. Increased physical activity, warm baths, and Jacuzzis can cause sudden changes in body temperature or overheat of the body that may lead to Dravet Syndrome.

A doctor performs surgery to insert a small electrical device in the chest during this treatment. This device sends electrical impulses to the brain through the vagus nerve, involved in the function of the nervous system by reducing seizure frequency.

Using a baby monitor or seizure detection device to monitor your child for seizures at night may be recommended by your child’s doctor or occupational therapist to develop strategies that can avoid or manage triggers. Parents may also choose to share a room with their child to keep a close watch.

Scientists continue research to determine the safety and efficacy of medicines through new treatments for Dravet syndrome in both animal studies and clinical trials in humans.

Life Expectancy of a Child Affected With Dravet Syndrome

The average life expectancy of people with Dravet syndrome is not clear. The disease typically starts in the first year of life, and around 80-85% of the children survive into adulthood. However, increased risk of early death due to sudden unexpected death, prolonged seizures, or seizure-related accidents cannot be ruled out.

Managing kids with Dravet syndrome can be challenging for parents and family members. It is a lifelong condition with no specific cure. Those with moderate to severe developmental delays and require caretakers for day-to-day activities. Seeking out support and creating a seizure action plan are key steps for managing Dravet syndrome.