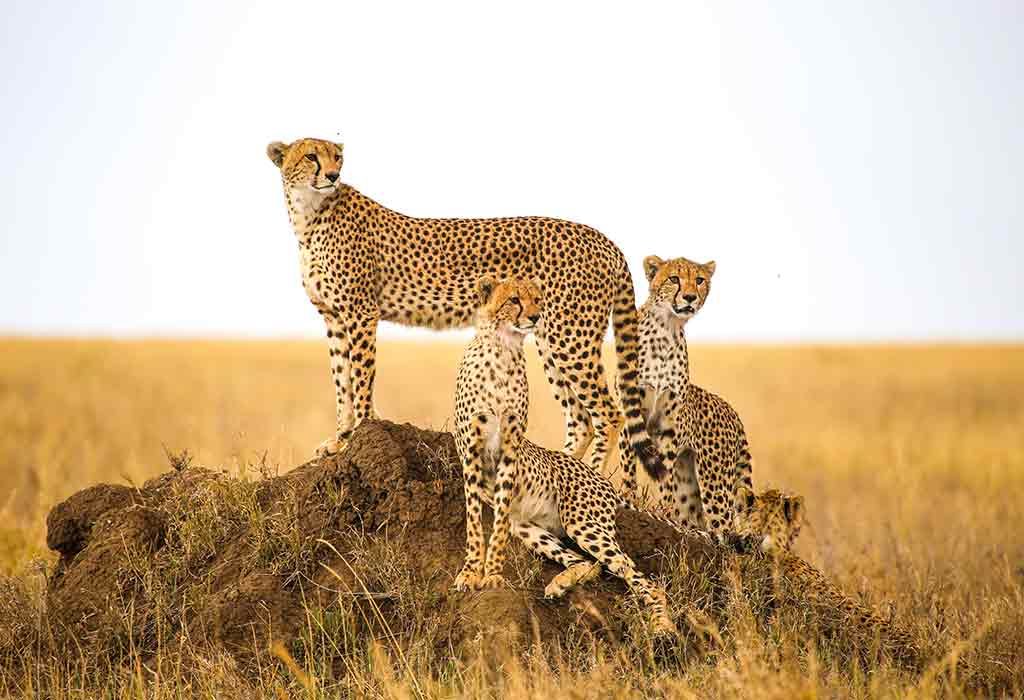 Kids are often fascinated with wild animals and cheetah is one such animal that may ignite the fire of inquisitiveness amongst young kids! Supporting a slender and slim body, this feline is built for speed and believe us that it is just a fraction of information on this big cat! Well, if you wish to enlighten your kids about this magnificent animal with some fascinating facts about it, this post will help you do that and more! Browse to have a peek into some of the interesting and fun facts about this speedy animal!

Interesting Facts And Information About Cheetah For Children

Just like lions, tigers or leopards, cheetahs also belong to the big cat family. However, unlike their other feline buddies, they aren’t that big in size. But don’t be fooled with its size as this stunning animal is the fastest living mammal on our planet. If you are intrigued and wish to gather more cheetah information for kids, well, here are some more facts and information on this beauty!

1. Cheetahs Are From The Cat Family

Well, that may not be a surprise for a lot of you because no matter how ferocious these big cats are, they look adorable just like house cats and rightly so because they belong to the cat family. Most of the time, people mistake them for leopards, but unlike leopards, cheetahs have long black lines from their eyes to their mouths, known as tears and they also have more rounded spots in comparison to leopards.

With its long legs, elongated spine, long tail, and adapted claws, cheetah’s body is built for speed. Cheetah is the fastest animal on our planet to reach a speed of 112 km/h in just a few seconds. Running at this lightning speed, a cheetah can also change direction or turn around mid-air.

3. Cheetahs Hunt During The Day

Cheetahs are efficient hunters but unlike their fellow predators such as leopards, lions or hyenas, they hunt during the day time to avoid any kind of competition. Their exceptional eyesight and speed help them to hunt their prey.

These big cats are mostly found in packs that comprise of mother and her cubs, siblings or coalition of male cheetahs who stay together to hunt. However, female cheetahs often stay solitary and only meet their male counterparts for mating.

The female cheetah gives birth to two to eight cubs in a single litter. The mother nurses the cubs and the cubs stay with the mother for almost 16 to 24 months or until they are able to hunt for themselves. These cats have an average age span of 17 years; however, they can also live up to 20 years.

6. Cheetahs Are a Threatened Species

This magnificent animal is on the threshold of becoming endangered. There are approximately 7000 to 12000 cheetahs left in the world with the major numbers confined to South-Western Africa and Iran, however, at one point in time these big cats were found across Africa, Asia, and some parts of Middle East. The decrease in numbers is because of the loss of food sources and the loss of habitat of these big cats.

7. Cheetahs Are Not Aggressive

Though they hunt other animals such as Impala, Wildebeest, Gazelles, etc for food, however, these creatures are not aggressive by nature. If they are approached by a more aggressive or larger animal, they will avoid any fight and even may give up their prey.

The roar of any big cat is enough to scare anyone, however, cheetahs don’t roar! It may come as a surprise to many but these animals let out chirping noise if they feel threatened and they make a purring sound when they are happy. 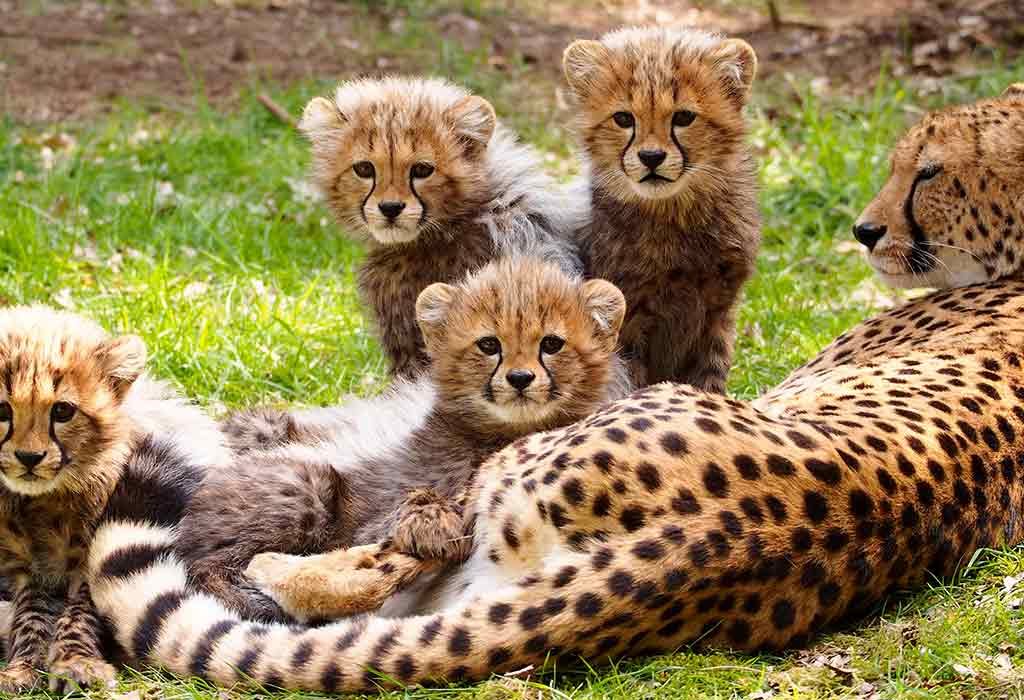 Have you ever wondered how many spots are there on a cheetah’s body? Well, a fully grown cheetah can have anywhere from 2000 to 3000 spots on its body and every cheetah has a different pattern of spots, which lends uniqueness to each one of them. The spotted pattern also helps them to camouflage well while hunting.

Their lightning-fast speed and sharp vision make them adept hunters. Their fur helps them blend and camouflage well in the surroundings before they pounce on their prey.

11. Cheetahs Were Kept as Pets

If you want information about cheetah habitat for kids, well, these big cats are usually found in open grasslands and can also be seen in dense woodlands.

Cheetahs usually hunt smaller prey such as hares, impalas, gazelles, etc. However, when they hunt in groups, they can hunt bigger animals such as wildebeest and zebras. They are known for not stalking their prey, rather they slowly creep up close to their prey before they pounce on it or chase it for a duration of only 20 to 30 seconds.

A cheetah’s long tail, which can be around 60 to 80 centimeters in length, does more than adding beauty to its demeanor. The big cat uses its tail for steering and balancing itself while running after its prey. It actually helps the cat take sharp twists and turns while running.

These are some astounding and amazing facts on this magnificent beast that you can share and with your kiddo! Telling your little ones about cheetahs will get them more interested in nature and wildlife and educate them about the importance of wildlife conservation.