Eating Betel Leaf (Paan) During Pregnancy- Is It Safe?

Eating Betel Leaf (Paan) During Pregnancy- Is It Safe? 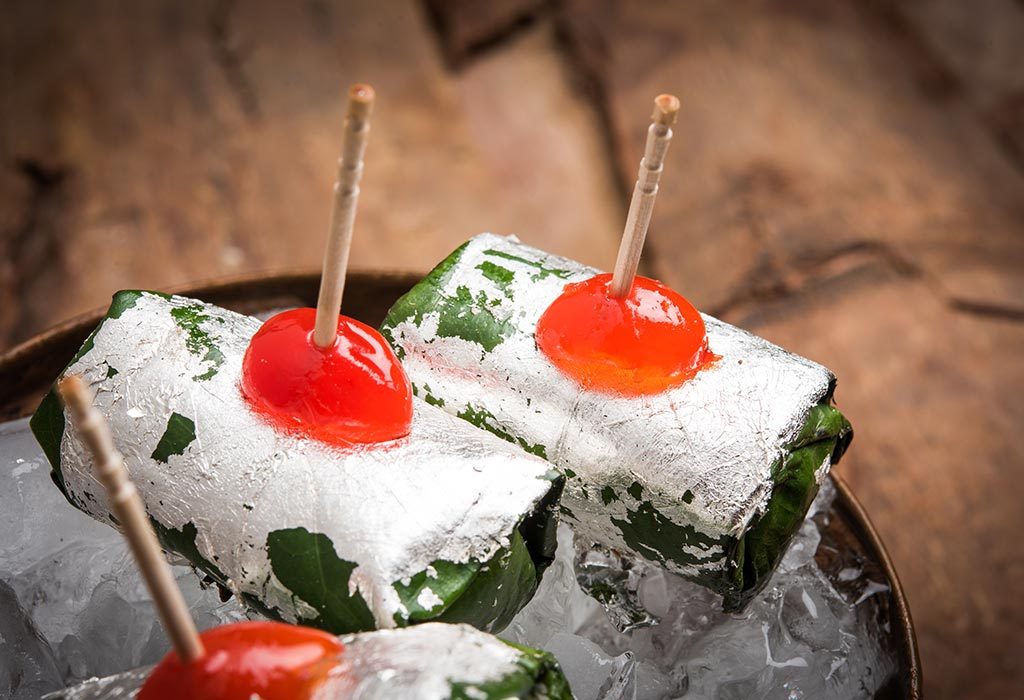 Having betel leaf is quite a common thing in our country and families. Betel leaf brings its own share of benefits for the body and is known to have an impact on appetite as well. At times, you might even crave for a meetha paan during pregnancy and want to relish those flavours. But is it safe for the baby, or does it have harmful effects? Let’s find out.

Is Eating Paan Safe During Pregnancy?

Betel leaf might be a healthy choice for many. However, it is recommended to have it in moderation while you are pregnant.

Having betel leaves with betel nuts could have a harmful impact on one’s health, and can even result in cancer. Many parts of the world where people have a tradition of regularly eating betel leaves, even during pregnancy, have shown higher cases of pregnancy complications, birth disorders, etc.

Why is Betel Leaf Consumption Common During Pregnancy?

Most pregnant women that continue to eat betel leaves during pregnancy do so as a result of long-held traditions in families and neighbourhoods. There are reports of betel leaves aiding the process of digestions and stimulating the appetite of a person. In certain areas, betel leaves are applied to the breasts while breastfeeding in order to boost the production of milk.

Betel leaves do contain antioxidants in substantial quantities. These make them a natural cure for typical illnesses and issues such as a cough, dehydration, inflammation, constipation, headache, and many others. Pregnancy cravings are not a new thing, and nearly all mothers desire foods that can be rather strange at times. However, it is necessary to know that not all cravings are safe to be satiated, and some of them can lead to long-term damage. Be it a craving, a long-held tradition, or just a casual option, keeping betel leaves away during pregnancy is your best bet in ensuring the healthy development of your baby and keeping yourself healthy to take care of him as well.

Previous article « Mango for Kids – Health Benefits and Delicious Recipes
Next article What Is an Ideal Weight to Get Pregnant? »