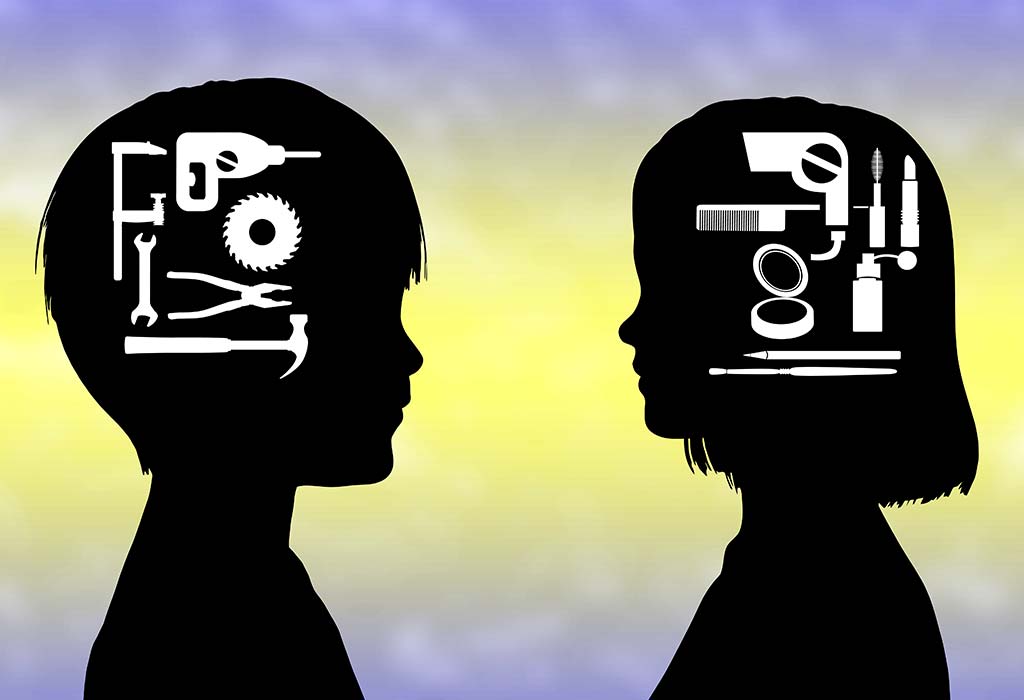 I was a kid, though, but I always wondered why everyone’s conversation and actions keep revolving around the son in the family. Once, somebody gave a bowl of four laddoos along with the good news that a son was born in their family. The other day we received another bowl from someone else but with only two laddoos. After returning back from school, I asked my mum why only two today if the reason is the same? She told me because today a girl is born in some house nearby. I was shocked as I haven’t witnessed such behaviour in my home in spite of being brought up with an elder brother.

This mindset of people pinched me somewhere inside, and I told my mum to distribute 6 laddoos when my daughter is born. This may be a mere expression of gender differentiation whose roots are sown in our own homes only! ‘Don’t cry like a girl’, ‘Boys don’t play with dolls and soft toys’, ‘Don’t be loud else society will say the girl doesn’t have manners’, ‘should you not try hands-on cooking, how will you serve your family after marriage?’, ‘boys don’t dance like girls but play sports’, and several such statements have already made us gender-biased and we are passing on the same to our children.

This had been a problem for years; maybe most of us have tried to evolve, but the problem still has its roots in modern society. We may not be doing it intentionally, being the educated parents to the new generation, but one or the other way, every talk or action draws a line for a boy and a girl. The actual cause is the way of parenting in our homes.

Are we still doing gender parenting?

Gender parenting is when we start teaching the child from their birth about how they should behave being a girl or a boy and how they differ in their gender – blue for boys and pink for girls, guns for boys and dolls for girls. The boys are pushed to know about sports, and the girl’s curiosity is developed maybe in dance and art and craft. We encourage boys to be emotionally stable, and it’s ok if our girls cry and express themselves. Boys are pushed to love math even if they are skilled to be better artists, and girls’ career is chosen thinking the one that can be compatible with their family in future. Although the world has changed a lot, we still do not leave an area where we don’t try to infuse gender differentiation.

Is gender-neutral parenting a solution?

Gender-neutral parenting is letting your child free to explore and express themselves the way they want. They are given space to experiment with their choices and develop their own potential and skills in their areas of interest. We, as parents, should just be around them. Don’t push them to become a mini version of you who can fulfil those dreams and become successful in the areas where you failed. Motivate them in whatever they are interested in and counsel them when they go wrong but never stop them if they go against the standard gender generalisations we have made for boys and girls.

No tasks, skills, games and subjects are specific to a gender. It is perfectly fine if a girl wants to be a cricketer and no big deal if your son wants to wear a pink shirt to the party. The idea is the free expression of their real selves, the real emotions, the real skills and an environment where they can show their creativity in its real form! Children should choose the colour they like. They should be allowed to play games according to their choice. The events in which they need to participate should not be dominated by parents; rather, let them be free to decide where they can perform at their best. A girl watching avengers and a boy to love watching frozen should also be their choice.

What will be the output? We can’t decide or predict what children will become when they grow old but one thing we can rest assured about is that they will grow into confident and happy individuals and not only a man or a woman! They will have equal respect for all genders, moreover all human beings. They would want to achieve the toughest of the goals together and will build up a happy family. They will see a beautiful world and not just the one dominated by men. They will be real THEM!

I know it is difficult to follow than to say because the major hurdle is acceptance by our society. But remember one thing, it is we who make this society, and change always has resistance. Let’s start trying it, at least for the benefit of our children!

Previous article « Weaning Toddlers the Same as You Wean Yourself – From the Family Pot!
Next article 10 Best Friendship Songs for Preschoolers and Kids »