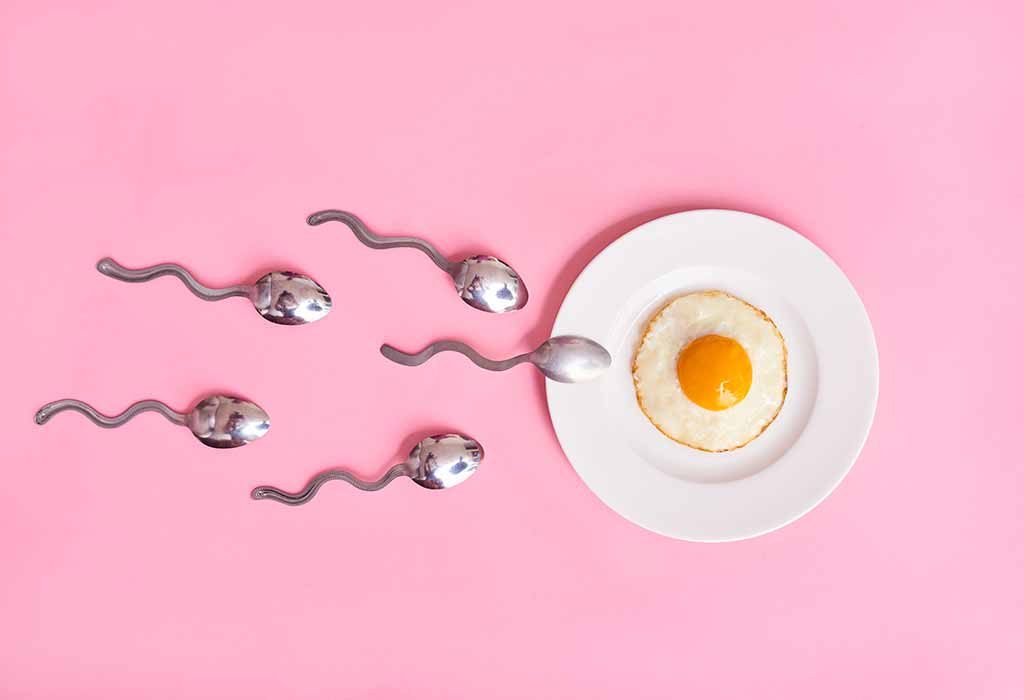 Ovulation is the 21-day period when the egg gets released from the ovaries and travels down the fallopian tubes. When the sperm meets the egg, the zygote gets implanted into the uterus. The endometrial wall thickens as a result, and the pregnancy term begins. However, in many cases, fertilization doesn’t happen, and the egg gets released from the uterus lining, leading to periods in women.

Usually, ovulation starts at Day 14 during the 28-day menstrual cycle, but sometimes due to a number of reasons, it may be delayed (late ovulation). In this article, we shall discuss this condition a little more in detail and how it might affect your chances of getting pregnant.

What Is Late Ovulation?

Late ovulation happens if you ovulate anywhere between the Day 21 and Day 35 mark. It doesn’t mean you’re infertile, but it does say that you don’t know when your next menstrual cycle will happen.

When the estrogen and progesterone hormones release along with the luteinizing hormone, and follicle-stimulating hormone, mature eggs get released from the ovaries. Menstrual cycles are typically 28 days long, but ovulation happens on day 14. However, sometimes this may take longer; sometimes more than a month, which is when it’s a good idea to look into your conception options and treatment.

If you’re stressing yourself wondering if there are chances of getting pregnant after late ovulation, worry no more. There are chances of conceiving even when a woman experiences delayed/ late ovulation. Most of the times, tracking the menstrual and ovulation cycle can help you figure out the days you’d ovulate. For certain cases, a fertility expert can help diagnose the underlying cause of late ovulation and address the issue. Let’s take a look at what these causes could be.

What Are the Causes of Late Ovulation?

There are several causes linking late ovulation in women, but the most common ones are:

Stress is one of the leading causes of menstrual disorders in women. Be it physical, emotional, or mental, stress is bad for you, and it’s not just with regards to fertility or hormonal health.

The pituitary gland is responsible for creating hormones that make a woman fertile and ready for conception. Thyroid disorders like hyperthyroidism or hypothyroidism affect this natural process, thus causing problems with ovulation. Hyperprolactinemia (excessive secretion of hormone prolactin) can also result in irregular periods which may affect your ovulation cycle.

Breastfeeding lowers fertility in women since the body is busy producing prolactin for more breast milk. It’s normal for nursing moms not to have any periods or undergo menstrual cycles when they breastfeed.

Polycystic Ovary Syndrome affects the ovaries and alters its functioning. It is characterized by high levels of male hormones in women, enlargement of the ovaries, insulin resistance, weight gain, and irregular menstrual cycles. Women with PCOS do not experience periodic ovulation and face problems getting pregnant. 1 in 10 women is prone to PCOS. In short, PCOS is characterized by an imbalance in hormonal levels in women, sometimes even leading to the buildup of small cysts in the ovaries.

Medications like non-steroidal anti-inflammatory drugs, steroids, anti-psychotic substances, and drugs like marijuana and cocaine influence the menstrual cycle in women, thus tampering with the ovulation phase and halting it.

Each of these causes will show different signs. Read on to know the common symptoms of late ovulation.

What Are the Symptoms of Late Ovulation?

Some of the late ovulation and pregnancy symptoms in women include:

Changes in vaginal discharge is a common occurrence in the case of late ovulation. The cervical mucus would appear to be clear, and stretchy, like an egg white.

Other than a change in the vaginal discharge, some women may also experience light spotting when the ovulation is late ovulation.

3. Pain in the Lower Abdomen

Pain on the sides of the abdomen or the pelvic region could indicate that you will ovulate soon. Sometimes, the pain feels one-sided and sharp, and in other cases, breakthrough bleeding follows.

So you know what late ovulation is and what it’s causes and symptoms are. But, does it affect fertility? Let’s find out.

Late ovulation affects fertility and conception in the following ways: 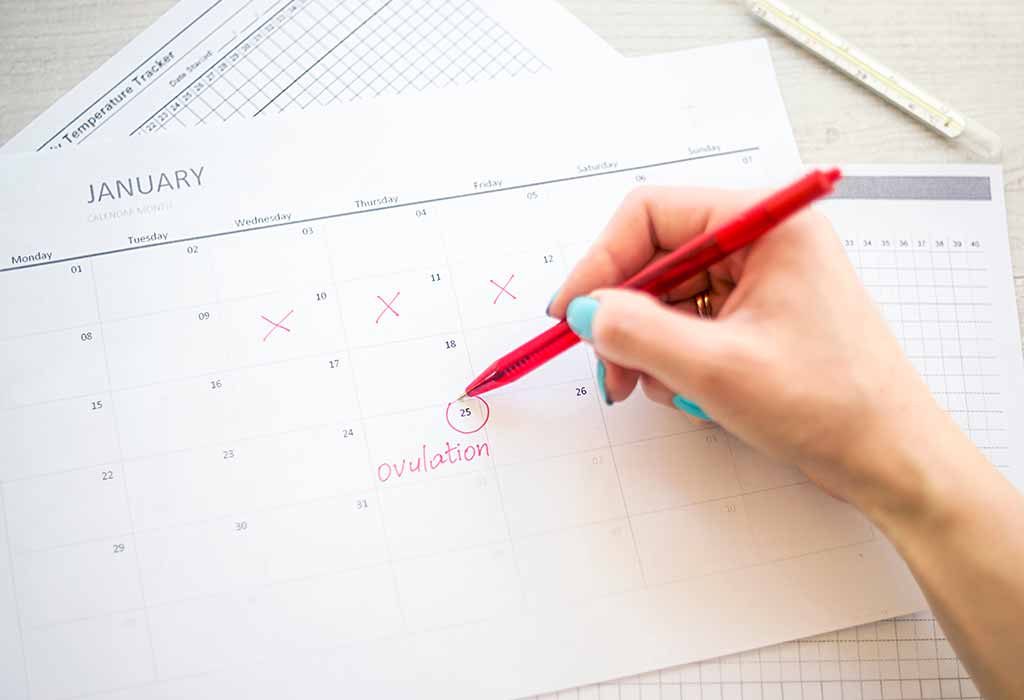 What Are the Possible Consequences of Delayed Ovulation?

Some of the possible consequences of delayed ovulation include:

Many times, in spite of late ovulation, it is possible for a couple could get pregnant. Other times, women may have to track their ovulation, predict a window and try to get pregnant. You may consider using ovulation predictor kits to track your ovulation cycle. Follow the instructions provided along with the kit and do the tests early in the morning since that’s when the concentration of luteinizing hormone (LH) is most likely to be highest in the urine.

If you are still not able to conceive, there could be other factors affecting conception. Several couples delay consulting an expert because they don’t know when they should consult one. The next section should help you figure that out.

When to Consult a Fertility Expert for Medical Treatment 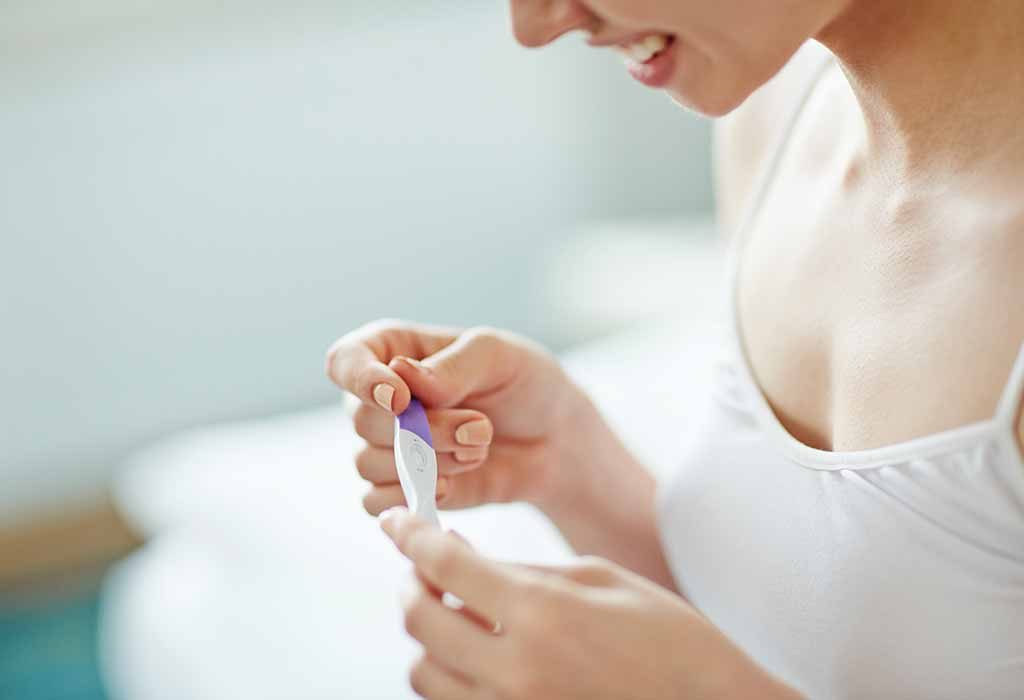 All the information may seem daunting, but there are ways the condition can be managed to help you conceive. There are also treatments available to treat infertility due to late ovulation. Read on to know more.

If you have existing medical conditions like thyroid disorders or PCOS, your medical expert will likely create a treatment plan to treat them first. The medical expert may prescribe medication like Clomiphene (Clomid), letrozole, and human chorionic gonadotropins.

Stress is one of the topmost causes of late ovulation. To tackle stress, you can take up some yoga, join a hobby class, and get those creative juices flowing. You can also practise relaxation or therapeutic routines like Tai Chi and Qi Gong if you feel stressed out a lot.

Too little sleep, insomnia, and sleep deprivation are known to mess with your hormonal levels, thus impacting your quality of life and ovulation cycle. Make sure to get enough sleep and take power naps throughout the day.

3. Avoid Pushing Yourself Too Hard

This means no vigorous exercise. Moderate exercise is fine if you’re overweight or obese but don’t be sedentary either. Strike for a good balance and stay active. 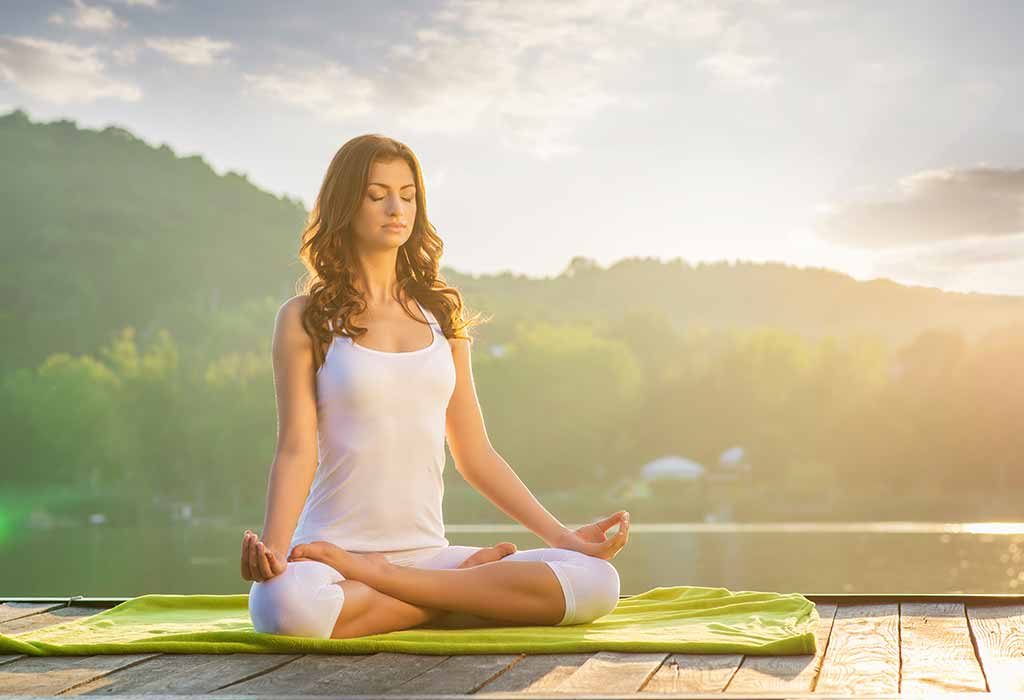 This means meeting your nutritional RDA and consuming plenty of fruits and vegetables. Add nuts and seeds, legumes and lentils and grass-fed meat to your diet. When eating healthy, be sure to take your supplements like folic acid and your prenatal vitamins. And lastly, don’t forget to stay hydrated.

5. Say “No” to Alcohol and Cigarettes

Excessive alcohol consumption and smoking may lead to late ovulation. They could thus impact your fertility and delay your chances of getting pregnant.

Not ovulating or being unable to get pregnant is a disheartening experience for many women, but don’t lose hope. Wait patiently and follow your medical expert’s treatment plan, things may work out in the end. Every woman is different, which means sometimes, you just have to be patient before you see good results. There are cases where women start ovulating after a whole month, so remember that delayed ovulation doesn’t necessarily mean a woman is infertile. It may take some time, but if you follow what your doctor says, you will be fine.

Can You Get Pregnant Without Ovulation
Chances of Pregnancy Before, During and After Periods
Can Late Ovulation Affect Your Chances of Getting Pregnant?

Previous article « A Dairy-free Diet while Breastfeeding – Tips to Survive without Dairy
Next article Baby’s Head is Hot, But No Fever – Possible Causes and Solutions »