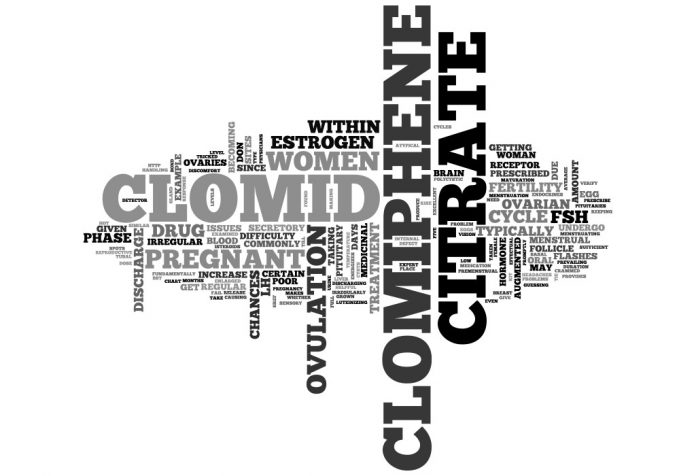 Some couples get pregnant easily, but for others, it can be hard. If you’re a couple trying to get pregnant, and not getting the good news, one of the possible reasons for it could be infertility. Infertility is very common today, and if you want to have a baby, along with being patient (and not losing hope), you may even have to try some fertility treatment to increase your chances of conception.

Clomiphene citrate, commonly known as Clomid, is the most widely used drug to trigger ovulation and a common medicine used in fertility treatment. Read on to know about this drug, how it works, and side effects!

What is Clomiphene Citrate?

Clomid or Clomiphene citrate is a nonsteroidal ovulatory stimulant in the Selective Oestrogen Receptor Modulator (SERM) class of drugs. It is generally the first medicine prescribed to a woman who does not ovulate regularly. The drug is specifically recommended for treating ovulatory dysfunction in patients having PCOS and different forms of amenorrhea. The doctor may prescribe different doses of clomid medication depending on whether a woman is unable to ovulate or if she has irregular periods because of polycystic ovaries. Clomid may be prescribe alone or in combination with Metformin.

Why Should You Take Clomiphene Citrate?

Clomiphene citrate (or clomifene) is prescribed by the doctor to induce ovulation and is the first step in treating infertility in women. You require clomiphene when your body is not capable of developing a mature egg in the follicle, on its own. This drug may be prescribed in the following cases:

How Does Clomifene Citrate Work?

Clomiphene citrate (Clomid) acts as an agonist as well as an antagonist for oestrogen. It plays an important role in the development of mature follicles and boosts egg-production in the ovary. It works in the following ways:

Using clomiphene for inducing ovulation is an established and effective treatment. It is used to normalise the process of ovulation in women. About 50 mg of clomiphene citrate’s success rate is quite high, and it is preferred in spite of mild side effects. About 70% to 80% women taking clomid ovulate in response to the drug while 40% may become pregnant and about 10- 12% may give birth. The odds of conceiving within the first six months or treatment with clomid are 50%. Clomid success rates on first cycle depend on individual cases. A woman who is over 35, but has an ample number of eggs, may be benefited, but it may not prove very effective for those who are underweight or overweight.

The dosage of clomiphene citrate plays an important role in the success of the treatment. It is usually started with the lowest dose of 50mg and taken from day 3 through day 7 of the menstrual cycle. Some doctors may suggest that it can taken from day 5 to day 9 of your cycle. It is administered orally, and should be taken at the same time, every day for 5 days. If you do not ovulate with the initial low dose of clomid, the doctor may increase your dosage by 50mg. This is repeated for subsequent cycles until the maximum dose of 250mg is reached. If you do not ovulate for 6 cycles, you will be taken off this drug and prescribed an alternative treatment.

How Will You Know If You’re Ovulating?

Checking on your ovulation cycle is important when you are taking clomid, as it can help you by indicating your most fertile period. You can keep a check on your ovulation status in a number of ways. These include:

For How Long Do You Need to Continue With the Clomiphene Citrate Treatment?

It is recommended to continue clomiphene medication for a maximum of 6 months. Continuing the medication above a period of 6 months can result in certain adverse effects. This is because clomid has the anti-oestrogen properties that affect the endometrium lining and cervical mucus negatively.

How Long Does It Take to Get Pregnant on Clomid?

It has been observed that women who are most likely to conceive with clomid do so in the first three months of starting the therapy. The chances of conceiving after 6 months are very less.

Side Effects of Clomid (Clomifene Citrate)

Clomiphene citrate helps induce ovulation and assists conception in women who are unable to get pregnant naturally. Clomid may cause certain side effects because of its anti-oestrogenic properties. These effects generally disappear after discontinuing the medication. Some common side effects include:

A woman may experience nausea due to an increased production of progesterone.

A surge in progesterone can cause breast tenderness.

Clomid can cause emotional or psychological side effects such as mood swings.

Hot flashes, similar to those occurring during menopause, are often a side effect of clomid. These are not very severe but cause annoyance and discomfort

Other Risks of Taking Clomiphene Citrate

Long term usage of clomiphene citrate is known to cause serious problems like ovarian cysts and can worsen infertility. Hence, it is advisable to take the medication as suggested by the doctor and only up to 4 to 6 cycles. The various adverse effects caused by clomid are as follows:

1. Thinning of the Endometrium

Clomid can result in a thin uterine lining, because of its anti-oestrogenic property. During a menstrual cycle, oestrogen causes the thickening of the endometrium. But in case of induced ovulation, clomid hinders the complete thickening process of the uterine lining which can decrease the chances of conception.

Cervical mucus plays an important role in conception. It is the mucus, which helps the sperms survive and swim through to the uterus. Oestrogen assists in the production of clear, watery mucus by stimulating the cervical glands. Clomiphene, acts as anti-oestrogen decreases mucus production and thickens the mucus. This can affect chances of conception.

OHSS is seldom reported by women using only clomiphene citrate during the treatment of infertility. In most cases, it occurs when clomiphene is given in combination with the gonadotrophins. In this condition, the ovaries are enlarged with multiple follicles. This is accompanied by severe pain and swelling in the abdomen.

Some women taking clomiphene citrate may also complain of blurred vision. In such cases, it is recommended to discontinue clomid.

The chances of multiple egg release are relatively higher with clomid usage. Clomid can cause twins in about 10% of pregnancies and less than 1% result in triplets or more.

Things to Remember Before Taking Clomifene

Clomid is one of the most used conception drugs in the market, as it helps you overcome your fertility issues and conceive. But, it has to be administered with certain precautions, so that it does not worsen your health or complicate matters. You should inform your doctor if you have any specific allergies or other medical ailments including:

When Should You Avoid Taking Clomifene?

Clomiphene is not recommended in cases where it can worsen the condition or may have no effect on the body at all. In such circumstances, it is better to avoid the drug and opt for alternate and treatment. This drug should be avoided in the following cases:

1. If I Take Clomiphene for 5 Days, What are the Chances of Pregnancy?

Most women with ovulation problems get pregnant within 3 months of using clomiphene. After 5 days of taking clomiphene, you should wait for ovulation and have intercourse during the most fertile days. Your chance of getting pregnant are higher if you monitor your ovulation using a kit or ultrasound and have sexual intercourse just before ovulation.

2. Does Clomiphene Change Your Ovulation Day?

Yes, clomiphene can change your ovulation day. You may ovulate 5 to 10 days after the last pill of clomid.

3. When Should I Have Sex When Taking Clomid?

Couples trying to conceive should have intercourse during the most fertile period of the cycle. Women ovulate 7 to 10 days after the last clomid pill taken, so, the fertile period can be considered between day 14 and day 19 of the cycle. It is recommended you have sex every other day from day 11 to day 21 of your cycle. If your clomid treatment is accompanied by an HCG injection, then you would be advised to have sex on the day of the shot and the following days. These steps will maximise the chances of fertilisation.

A useful drug for couples who are trying to conceive, clomid should always be taken in consultation with a doctor. Make sure you track your response to the medication being administered, and be prepared to opt for an alternative course of treatment if it does not work for you.

Disclaimer: This article is only indicative of the general use of Clomid, and should not be used as an absolute guideline. The information covered in this article is not intended or implied to be a substitute for professional medical advice, diagnosis, or treatment. We urge readers to seek the advice of a physician with regards to taking this fertility drug.

8 Things That Your Baby Knows About You Right From The Beginning!

Qualities of June Born Babies That Make Them Special

Practical Tips and Tricks for Baby’s Oral and Dental Care