Home Getting Pregnant Planning and Preparing Bleeding During Ovulation – Am I Pregnant? 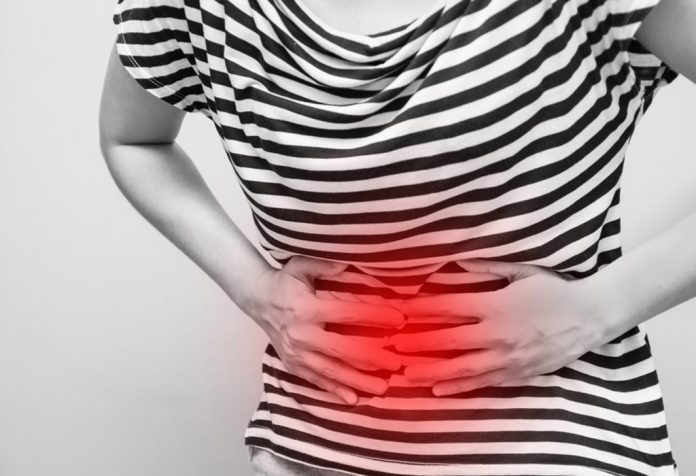 If you experience spotting even when your period isn’t due, it may be implantation bleeding, one of the first indicators of pregnancy. But mid-cycle bleeding or spotting can also be just an indicator of ovulation. Let’s dive deep into this subject and find out more about bleeding during ovulation.

What Is Mid-Cycle Bleeding?

Mid-cycle bleeding is spotting or bleeding that occurs when your periods aren’t due, for example, a week after you’ve got your periods. It can happen due to ovulation, abnormalities in the cervix, endometriosis, etc.

Many women assume that mid-cycle bleeding is a sign of pregnancy. Ovulation spotting is a good sign of fertility but it doesn’t always mean pregnancy.

Ovulation bleeding lasts for one or two days and is light pink or brownish-red. The flow is light and is accompanied by cervical mucus, and mild abdominal cramps.

Possible Causes of Bleeding During Ovulation

While nobody can pinpoint the exact cause of bleeding during ovulation, here are some probable causes:

Also Read: Can Late Ovulation Affect Your Chances of Getting Pregnant?

How Ovulation Bleeding and Pregnancy Are Related to Each Other

Ovulation bleeding indicates fertility and is the right time to try for a baby. Once you’ve confirmed that mid-cycle bleeding is a sign of ovulation and not a serious health condition, you can plan sexual intercourse to boost the chances of pregnancy.

1. How Is Mid-Cycle Bleeding Different From Implantation Bleeding?

There are several key differences between ovulation and implantation bleeding.

Also Read: Pregnancy Without Ovulation – Is It Possible?

2. How Is Mid-Cycle Bleeding and Implantation Bleeding Different From a Normal Period?

There a few differences between mid-cycle bleeding and a period. Some of them are:

3. What If You Face Severe Bleeding While Ovulating?

If you face severe bleeding and pain, it can be a serious complication. If you have more than one cycle of bleeding, it is possible that you aren’t ovulating at all. Conditions like polyps in the uterus, endometriosis and irritable cervix may be the reason behind the bleeding. You will need to reach out to a doctor immediately to perform an ultrasound and hysteroscopy and get the right diagnosis.

4. Is Mid-Cycle Bleeding a Pregnancy Symptom?

Mid-cycle bleeding is caused by ovulation and means that you are fertile. Trying to get pregnant when you’re bleeding mid-cycle can increase your chances. However, it’s not a symptom of pregnancy.

5. Can Brown Spotting During Ovulation Help You if You Are Trying to Conceive?

Brown spotting during ovulation means that the time is right to try for conception. However, if you notice brown spotting with vaginal irritation, it points to a pathological issue. You need to seek medical advice.

Ovulation bleeding is common in some women and there is no reason to be alarmed about it. It doesn’t usually require treatment. However, if you have mid-cycle bleeding with heavy spotting and severe cramps and discomfort, it may be due to other complications. You should consult a doctor for an ultrasound to know the cause of the bleeding.

Ovulating More Than Once a Month – Is it Normal?
Late ovulation causes and symptoms: is it common?
Is it Possible to Get Pregnant Without Ovulation?
How to Check Your Cervical Mucus and Detect Ovulation

How to Deworm Your Child

How to Deal With Workplace Sexual and Mental Harassment

How to Tell If Your Baby is Hungry – Signs & Cues