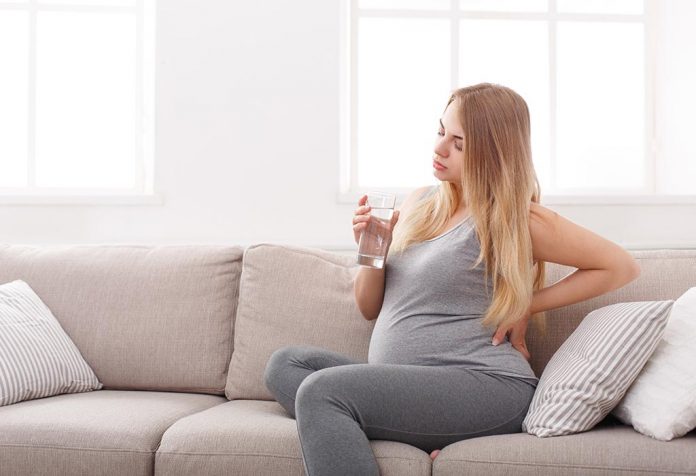 Pregnancy causes a woman’s body to undergo a lot of physical changes. Increase in size to accommodate your baby is just one of them. But these changes also affect the bones and joints of the body, causing intense pain at times. These can result in inflammation of the joints as well, which is medically defined as arthritis.

Popular opinion about arthritis is that it is a condition which occurs only after one turns old. However, it isn’t the case, it could happen during pregnancy as well. It usually begins with the onset of pregnancy and tends to get worse over time. It isn’t a specific medical condition as such but just a method of describing the joint pain most pregnant women tend to experience.

Causes of Arthritis in Pregnancy

Pregnancy as such does not lead to arthritis. It is the number of physical changes and events that could lead to certain forms of arthritis from taking over the woman’s body.

One of those is osteoarthritis which is majorly observed in elderly people. This usually is a result of degeneration that takes place in the joint cartilage and is mostly a consequence of extended wear and tear of the body. During pregnancy, the weight gain that occurs tends to create a load on the joints, especially the larger ones such as hips, knees, and ankles. These undergo the most changes and tend to bear the largest load during pregnancy. This strain could result in pain and symptoms similar to osteoarthritis.

Another strange form of arthritis is rheumatoid arthritis. This is strange because it is actually a result of the response of the body’s immune system as it attacks the linings of the joints, resulting in inflammation. Fortunately, pregnancy tends to bring a reduction in this condition since the immunity system of the woman undergoes a metamorphosis due to it. However, the pain may resume after childbirth or sometimes, the change in the immunity system could make it worse. At times, discontinuing certain medicines could also cause this pain to continue.

Severe joint pain could also occur due to one of the most common conditions of all times, injury. The sudden change in the physicality of the body could cause pregnant women to injure themselves by falling or ramming into things. If it affects the joints, they can start hurting which is further aggravated by restricted mobility during pregnancy. If not handled properly, this could later manifest into a form of osteoarthritis.

Symptoms of Arthritis when Pregnant

Following are the symptoms of arthritis during pregnancy. Watch out!

How Does Pregnancy Affect Your Arthritis?

Pregnancy causes a number of physical changes that affect the muscular and the bone structure of the body.

Due to the changed structure and increased weight, your joints experience more strain than usual in keeping your body stable. This strain can make them loose and cause you to stumble while walking. Since blood supply is needed in large quantities, if the heart does not pump enough blood, these can cause pain in the legs as well. This is further compounded by intervals of short breathing in pregnant women, primarily because the muscles responsible for breathing shift upwards to make space for the baby’s growth.

As with joints, your knees will bear the worst brunt of the condition, especially while taking the stairs up or down. Since all the weight rests on them, knee pain can increase tremendously and cause joints to become stiff, too. These changes are not restricted to limbs but also to the spine. The growth of the uterus shifts the centre of gravity of the body. This causes the vertebral column to bend a little so that it can continue to support the increased weight. This bending leads to an added strain on the back, which can manifest in the form of muscular spasms. 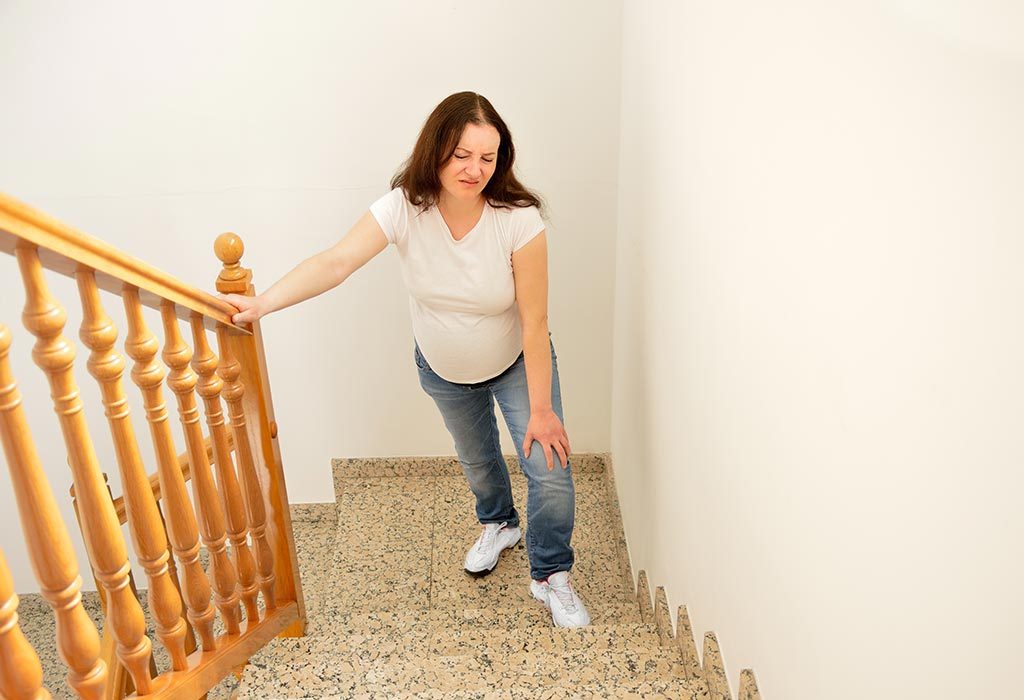 Risks of Arthritis When Pregnant

Arthritis can pose a problem during pregnancy. Know what are the risks of having arthritis in pregnancy:

Although additional medication is usually forbidden during pregnancy, certain conditions may deem it necessary to administer them. The medicines used are alternatives that pose no threat to the development of the foetus and manage to treat the ailment well.

If suffering from osteoarthritis, rarely is any treatment procedure undertaken since the condition does worse later in age. Treatment of rheumatoid arthritis during pregnancy might be undertaken since this condition is starkly different from osteoarthritis. If you have been undertaking treatment for it prior to pregnancy, then stopping the medicines will only worsen the pain. In such cases, doctors usually tend to recommend corticosteroids to provide relief from the pain. These are administered in between the 2nd and 3rd trimesters of the pregnancy, only if needed.

Remedies You Can Try to Cure Arthritis

Some of the remedies that can be used to relieve arthritis are:

Acupuncture can provide relief from arthritis to an extent. Although it is an unorthodox method, it is used by many women.

You can try limb splints too. These are known to give good support to the joints.

Herbal remedies can cure almost everything. But when you are pregnant, don’t take any form of risk. Herbs as a remedy should be used only after confirmation from the doctor.

Consume foods that are rich in Omega 3. You can even use Omega 3 supplements, as they help in reducing the joint pain.

Wear comfortable footwear if you have arthritis. A good footwear can provide additional support while walking around.

What Precaution Should You Take?

Try and stick to a good exercise schedule which keeps the joints and muscles strong and healthy. Use correct postures to distribute the weight evenly across the body and reduces any untoward pressure on the joints. Keep mental stress levels low and have a healthy diet that enriches any vitamins and nutrients needed to boost bone development.

1. Can Child Inherit Arthritis from Mother

Arthritis doesn’t necessarily pass on to the child. Certain genetic markers of the child could cause arthritis later in life due to hereditary reasons, but that too isn’t a surety.

2. Can Arthritis Cause Difficulty In Giving Birth?

No, delivery difficulties are aggravated due to arthritis. A good posture and enough support while delivery makes delivery easier and comfortable. If a certain position causes more pain on the back, you could either lie down or on the side to reduce the pain.

Presence of arthritis and especially rheumatoid arthritis in pregnancy can take quite a toll on the mother due to the incessant pains. By taking the necessary precautions well in advance and maintaining a healthy lifestyle, chances of these from occurring can be reduced in the first place and lead to a comparatively pain-free pregnancy and childbirth.

90 Adorable Captions to Announce Your Pregnancy

When Does Morning Sickness Start, Peak and Subside

Who Should Be in the Delivery Room – Tips to Decide

Should You Take Phenylephrine While Pregnant

FMLA Maternity Leave in the US – What the Law Says

50 Unique Dussehra Wishes, Messages and Quotes for Family and Friends

Guidelines for Writing a Birth Plan

Huggies Premium Soft Pants – Did It Pass the ‘Best for...

Isha Khullar - November 24, 2020
Parenting is a beautiful journey, isn’t it?. New parents go through so many emotions and experiences after the baby enters their lives. It is...

Pediatric Vital Signs – What’s Normal for Your Child and What’s...