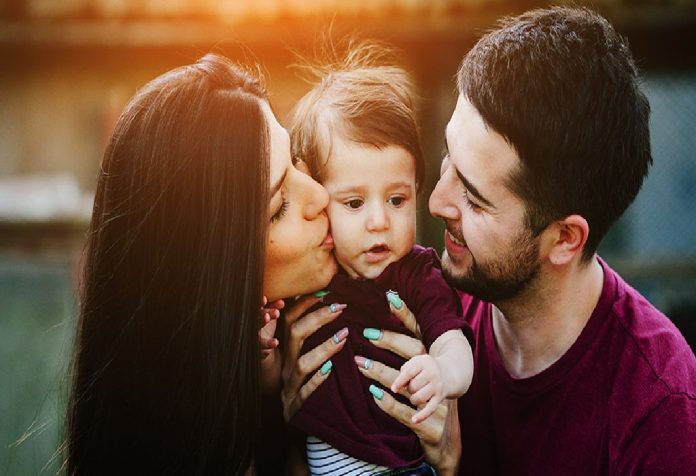 9 Reasons Couples Fight after Having a Baby

A lot of things change when you have a baby. But the most unnerving change for any mother is that suddenly there is so much happening. A baby is not in a position to comply with what you want. In fact, many believe that you are blessed with just the baby you deserve!

Jokes apart, a lot of the frustration about the baby that the mother cannot vent out properly, get misdirected towards the husband, causing quite a lot of friction between the couple.

Babies mean a lot of work – feeding, bathing, caring for them, tending to their needs can very much occupy a mother’s entire day, and many times the night too. In such a situation, she is definitely going to be sleep-deprived. Even for a mother who is getting enough sleep, the quality of the sleep matters. Once a mother, she cannot really rest well unless she knows her baby is absolutely well taken care of. And we all know the effects of lack of sleep.

A stressed out, tired woman, can get angry and snap at things rather easily – and then the poor husband has to bear the brunt!

One of the effects of having a baby is that most women become preoccupied with the baby. Even when the baby is sleeping or resting, in their minds mothers keep on thinking about the baby – what to feed her when she wakes up, sterilising her feeding bottles, etc. How and when is such a woman going to find time to be with her husband? Lack of sex can lead to real ugly fights between couples, and the birth of a baby increases the chances of such a situation arising.

5. The Burden of Expectations

Most women in India are expected to simply rise to the occasion and become exemplary icons of motherhood as soon as the baby is put in their arms in the hospital for the first time. However, a lot of women will confess to having felt completely clueless even after several months of having first held their baby.

However, our culture does not allow its women to feel their way around – let alone talk about – this very natural and common emotion. The result? Women feel crushed by the burden of expectations. Without an outlet for their feelings, they are bound to feel restricted, constrained, and in turn end up fighting with the one person they can vent in front of – their husbands.

Many a times, having a tiny human being that constantly needs your attention can become overwhelming. In the bargain, women forget about taking care of themselves, and often times also forget that there are other people around them that also need them. Time mismanagement is a very common reason why couples end up fighting after having a baby. Both partners feel their partner is not giving them enough time and/or attention – and this becomes a common breeding ground for disputes.

One of the most excited party in the family that is eagerly looking forward to the arrival of a baby are the grandparents. They want someone they can fuss over, someone they can spoil. Having raised their own children, they have certain notions about child-rearing, parenting, and how children should be disciplined. More often than not, they also end up giving in to their grandchildren, more and more often than they did with their own kids. They may also want to do things differently.

All of these become conflict points not just for the husband and wife, but for the entire family.

Having a baby is an expensive affair. From diapers, to baby clothes, formula feed, toys, prams, swaddles, highchairs, baby hygiene products… the list of things needed never ends. In fact, with each month, it only keeps on expanding. A lot of times this can become reason for conflict between a couples. Both partners may think of different ways in which they can cut costs, and either partner may not agree with the others point of view.

While this one may become an issue comparatively later in time, it continues to remain one for a long time, sometimes even till the child is well into her teens. Having come from different family backgrounds, both husband and wife can have rather radically different approaches to parenting – especially with respect to disciplining their child. One may want to be kind and gentle, the other may be a staunch believer of ‘spare the rod, spoil the child’.

So, these were the main reasons for husband-wife arguments and disagreements after childbirth. They can daunt the most loving and supportive of couples!

When feeling low and in doubt about your marriage at this crucial juncture of life, just remember this: it is a learning experience for the both of you, and you are both growing together. Your baby is a symbol of your love and will bring you closer, not take you apart. Give things some time, reach out to each other and share your thoughts and concerns. This too shall pass. 🙂

Hands Switching in a 16 Months Old