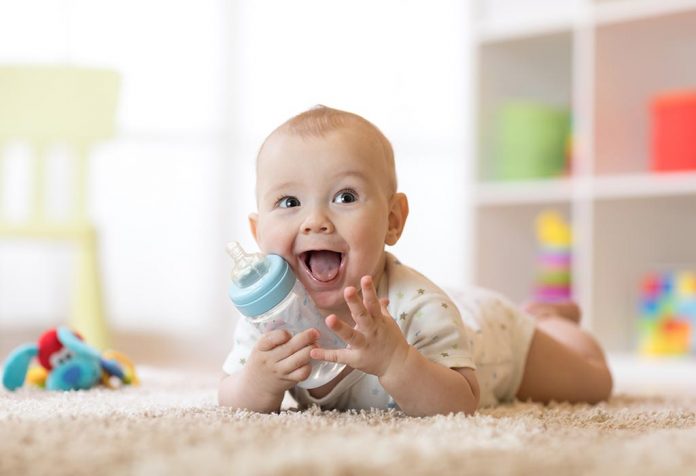 A good name is the easiest way to draw attention. A name can represent historical lineage, a person’s aspirations, and one’s unique characteristics. With the unprecedented growth of social media and mobile technology, our names become immortal in the virtual world. Hence, a naming ceremony is considered to be an auspicious occasion where parents choose the best name for their beloved newborn child. Meaningful names shape our personality and become a part of our identity. It will always be an everlasting testament of who we are. Baby boy names that begin with ‘Cas’ started being used from the 1940s up to 1980s. However, they are emerging to be quite popular among parents in recent times. This handpicked list of the best boy names starting with ‘Cas’ that would surely make your child proud of your unique choice of name for him.

Boy Names That Start With ‘Cas’ With Meanings

Here are some of the stylish boy names starting with Cas with their meanings that would assist parents in naming their beloved child.

Originating from Old Greek, this name means ‘a hero’s brother’.

Casar originates from Latin and mainly used in Slavic languages. A variant of the word Caesar, Casar means ‘head of hair or long-haired’ ‘a ruler’.

This name has Latin roots and means ‘he who was cut out of the womb’.

Casca has a Latin origin and means’ dreamy’ in Italian.

This name has a French origin, and it means ‘a waterfall’.

Derived from Latin origin, this unisex name is a variant of Cascade. It means ‘a falling’, ‘a waterfall’.

Case is an English name, which means ‘bringer of peace’.

Pronounced KEYSIHEHR-ow, this name has a Latin and Italian origin. It means ‘long-haired’.

Casee is derived from the Irish surname O Cathasaigh, and it means ‘brave and vigilant.’

Used mainly in English, this name refers to a ‘descendant of Cathasaigh’.

Derived from Irish Gaelic name Cathasaigh, Casey is a unisex name that means ‘watchful’, or ‘vigilant’.

Cash originates from Slavic, Old Persian, and Latin languages, and means’ empty’, ‘vain’ or ‘keeper of treasures’. Due to its monetary connotations, this name is widely used among celebrities.

Originating from the Irish language, Cashel means ‘fortress’ or ‘stone castle’. It may also refer to ‘a man from Cashel’.

Pronounced as Kae-SHiy, Cashi is widely used in Spanish. A variant of Casimir, this name means ‘destroyer’ or ‘declaration of peace’.

A derivative of the name Cassius, Cashos has a Latin origin. It means ’empty’ or ‘vain’.

Cashton has an English origin, and it means ‘ash tree town’ or ‘gift to the world’.

This name has a Latin origin, and it means ’empty’ or ‘vain’.

Originating from Latin, Casiano is an unusual name that means ‘he who is equipped with a helmet’.

Casidy has a Celtic origin, and it refers to ‘a descendant of Caiside’. Other meanings of this name are ‘clever’ or curly-haired.’

Pronounced as KaaSiyLDow, this name is of Arabic origin. It means ‘a youth that carries the lance’.

This name is a variation of the Arabic or African name Kasim, and it means ‘controller of anger’.

This name has a Slavic origin, and it means ‘declaration of peace’.

This name of Polish origin means ‘proclamation of peace’. In Slavic, it means ‘peaceful’.

A variation of Casimir, this name means ‘bringer of peace’.

This name of Italian origin means ‘a house’. It is derived from the Italian word ‘casa’ meaning ‘house’.

This name has an Old Greek origin, and it means ‘gift from a friend’.

This Arabic name is a variant of the name Kasir, and it means ‘abundant’.

This name of Norse origin, this patronymic name is an anglicised form of the Gaelic name Mac Ascaidh, meaning ‘the son of Ascaidh’.

This name of Scottish and Old English origin means ‘son of the marsh-dwellers’.

This popular biblical name is derived from Chaldean, and it means ‘treasurer’. Several cultures have adopted this beautiful name.

Casper means ‘treasurer’ in Persian, and is derived from Gaspard in French.

Derived from English origin, Caspian was named after the city of Qazvin in Iran which in turn got its name from the ancient Cas tribe. It means ‘one from the Caspian Sea’.

This unisex name has a Latin and Persian origin, and means’ curly-headed’,’ clever,’ or ‘ingenious’. It is a variant of Cassius in Latin.

Originating from the Celtic language, this name means ‘descendant of Caiside.’

Meaning ‘light of man’, or ‘brother of heroes’, this Greek name belonged to the king of Macedon and it dates back to 3rd century BC.

This name used in Spanish or Greek languages, and it means ‘brother of heroes’.

A variant of Cassidy, this Celtic name means ‘descendant of Caiside’.

Derived from Anglo-Norman French ‘Castel’, it means the medieval ‘castle’ or ‘fortified building’. It can also refer to ‘one who owns many castles’.

Derived from Latin, Cassian is the name of a clan of saints. It refers to the patron saint of stenographers.

This name of Gaelic origin means ‘clever’ or ‘curly-headed’ in Irish.

This name of Latin origin, Cassiel means ‘angel of Saturday’ or ‘God’s speed’. Cassiel was an archangel who watches over Capricorns.

This name of Latin origin means ’empty’ or ‘hollow’.

Pronounced Kash-us, Cassius has a Latin origin and means’ empty,’ ‘narcissistic,’ or ‘hollow’.

This Celtic name has a mention in the Arthurian legend. It means ‘leader’, ‘sovereign’.

This name of Italian origin means ‘one who lives in the manor house’.

This name of Scottish origin is a variant of the name Cason, and it means ‘son of the marsh-dwellers’.

This name comes from the Spanish and Galician word that means ‘chestnut tree.’ It can also refer to someone who lived by such a tree. It is a habitational name derived from Castanea in Latin.

This unisex name of Spanish origin means ‘to the castle’. It is derived from the Latin word Castellum.

This English baby name for boys means ‘a man from the Roman camp’.

A variant of Cassiel, Castiel is a biblical name which means ‘shield of God’ in Hebrew.

This name of English origin refers to a ‘good-natured, sensitive, energetic, and able person’. It also means ‘the light within’.

Castol originates from Latin, and it is a variant of the name Castel. This name means ‘belonging to the castle.’

Derived from the Greek origin, Castor means ‘beaver’. In Greek and Roman mythology, Castor was one of the two patron gods of seafarers.

This traditional name means ‘walled city’ or ‘fortress,’ and was generally given to people living in Northern Portugal.

Derived from Old Greek, this name is a variant of the name Casto, and it means ‘beaver’.

A variant of Castor, this name has an Old Greek origin, and means ‘beaver’.

This Christian name refers to the ‘son of Cadan’ or ‘youthful and brave fighter’.

This English habitational name comes from English ‘cress’ and ‘well’ or ‘spring’. Caswell means ‘one who is from watercress.’

A variant of Casworon, this Christian name means ‘battle hero’.

Pronounced Kaz-win, Caswyn is a Cornish name derived from the combination of the words, Cad meaning’ battle’ and Gwen meaning’ holy or shining’. It means ‘a friend from the well’.

Names that start with ‘Cas’ were quite popular in the 1980s and are still quite widespread these days. We hope that this list of interesting names beginning with ‘Cas’ helps you pick a beautiful name for your little prince!

Smoking While Breastfeeding – Is It Harmful?