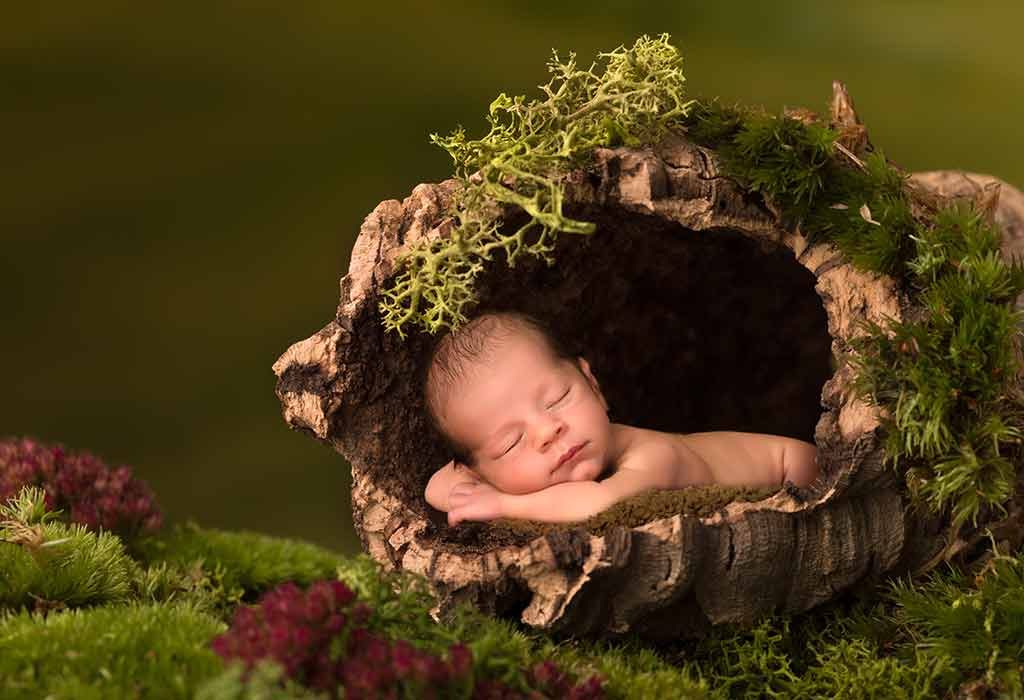 Your love for hunting will reflect in your child’s name! Hunters usually appear in mythology, history stories, and fairy tales. Hunting requires special skills and human were hunting from the time of their first existence. Today a large number of people get involved in hunting as their recreational sport. Hunting requires intuition, strategy, precision, and then attack. Hunting is barely credible and thus it inspires a lot of baby names. Those baby names are cute and also rugged. If you have craziness for hunting and you want to show this in your baby name, then check out 50 names of boys and girls that signifies the same. Here is a comprehensive list of hunter baby names with meaning. Have a look at them:

Here are some hunter names male for your little boy:

Actaeon has Green roots. In Greek mythology, the name refers to a hunter who was turned into a stag and later eaten by its own hounds when it saw goddess Artemis taking a bath.

Arawn is the name of the Welsh God of hunting. This name is apt for your son. It sounds cool and at the same time very easy to pronounce.

Aristaeus, who was the son of Apollo and Cyrene, was a renowned Greek God of hunters. He was also famous for discovering many relevant arts.

It is one of the famous Greek mythological names meaning gods of the hunt. If you wish, you can shorten it a bit. It is among the popular mythical hunter names.

It means a forest hunter. It is a bit difficult for pronouncing and spelling. But if you love the name, you can shorten it to Canoe for easy pronunciation.

It is the traditional name of the horned God of the hunter as depicted in Celtic mythology. It may sound a bit difficult but worth giving if you are passionate about hunting.

The name was respelled from the name Chase by Crawford, you can use it as a variation of the name Chase or think it as a combination of Chase and Ace.

Hunting is never complete without chasing. Therefore it makes an excellent addition in the list of hunter baby boy names. The meaning of chase is the hunt.

Chasen which was popular the last name is now given as the first name. Its essence is the same as Chase, and it follows a two-syllable name. Isn’t it an amazing hunter baby boy’s name?

The meaning of this name is “mythical hunter God”. It is one of the bold names and is perfect for sophisticated parents for their boys.

It is a surname that was most commonly used for “wild bird hunters”. It makes a perfect name and is easy for pronouncing and spelling as well.

The name Gahiji is very beautiful as well as evocative. It originated in the Rwanda language. Its meaning is a hunter and is less common. It can be a fantastic pick for your son.

It means “a great hunter” and obtained as a surname from one of the members of the Norman-French Family. It has an upper-class vibe.

It means mythical hunter. It is gaining popularity even outside the British and American culture. It looks excellent with maximum surnames.

This sassy name, meaning hunter, is an ideal choice for those looking for a name starting with ‘hol-‘.

It is a straightforward name and a little blunt. It was popular but now not much as compared to Hunter. Hunt can be kept as a nickname.

If you are looking for a proper name for your son’s birth certificate and future resumes, then this makes a fantastic name. Its meaning is hunter settlement and makes an apt baby boy name.

The significance of this name is “hunter of the meadow”. It is renowned because of its alliance with Brinkley news partners.

This Germanic name is a unique choice for people searching for the name hunter.

Khonvoum is the name of God of the hunt in Banbuti Pygmy. He holds a bow that is made from snakes. It is a very bold name but a bit difficult to pronounce.

The name of the son of Ceous and Phoebe is the God of air and hunters calibre for stalking prey. The name was obtained from the Greek words “length” that means escape unnoticed. It is a kind of biblical name.

This is a short but bold name which means “eagle hunter”. It is very popular among American communities. This is an amazing hunter baby boy’s name.

Nodens is Celtic God mostly associated with hunting. It is one of the highly accessible names among those searching for names meaning hunting.

It is the name of the God of cattle and hunt. It was his responsibility to supply small animals to hunters. It will make a mighty name for your son.

It is the name of Thor’s father. It appears in several forms like the leader of the wild hunt. It was quite popular in Norway.

It sounds a bit difficult, but it signifies a definite meaning. It is the name of the fishing and hunting God in Aztec mythology. You can use it by shortening it.

It’s an African name which means “he who loves hunting”. It’s perfect if you’re looking for an informal name meaning hunter.

It’s a beautiful name of the blue star that shows the hunters left foot in Orion constellation. If you are searching for an out of the box name, then this one of best. We have got you covered with female hunter names as well, and you will surely love these names that mean huntress. Here is the list of some of the fantastic hunter girl name for your little one:

This unique and sassy name refers to the goddess who ensured that the hunters caught enough food to sustain themselves.

Atalanta is a virgin female hunter of Greek mythology. After her parents got disappointed because of her, she got upset, vowed on virginity and became a huntress.

Its name of a virgin huntress. Her father wanted a son and was unhappy with her birth, so she left her in the mountain top to die. She grew in the wilderness and took the oath of being a virgin and turn out to be a famous huntress.

It is a recent American Huntress baby girl’s name. There is something aristocratic about this name.

It is the name of the Thracian Goddess of hunt and moon. She was a huntress and was accompanies by maenads. It is an excellent name for your baby girl.

It means “hunting grounds”. It sounds a bit modern but a standalone name. It is a popular name in Mexico but nowadays used outside the community also.

It is the name of a Minoan mythology figure and is depicted as goddesses of hunting and mountains. It is a bold name for your baby girl.

An alternative to the popular name Chase, Chace is a fresh name, the fame of which hasn’t faded yet.

Name of daughter of Hypseus and was a powerful huntress. She even doesn’t get feared for wrestling with a lion. It is mostly used and will be a great hunter girl’s name for your brave little girl.

It is the name of the Goddess of hunt Dali. It is very short as well as a sweet name for your baby girl.

Devana is the name of the Slavic Goddess of the hunt and is mostly equalized with Roman Goddess Diana. Meaning is brave and Maiden and is a mythical hunter name.

This is a very pleasing name and is linked with the Roman Goddess of the moon and hunt. It is a very popular name among girls.

It’s a variation of the name Diana, the Roman Goddess of Hunt and moon. It sounds and feels nice and is very easy to spell and pronounce.

If you don’t care much about the latest naming trends you can choose this name which means Warrior, huntress.

It is the name of Goddess of hunting, woodlands, and animals. It poses some similarities with the Roman Goddess Diana and the Greek Goddess Artemis. She is the Goddess of wild beasts. A terrific name for your little one.

The meaning of this name is a hunter and makes an attractive choice for baby name meaning hunter.

If you wish to keep your girl away from bad boys, then choose this name. It means the hunter’s daughter. It’s a sweet and feministic name.

Name of God of forest and hunt. She is a skilled healer who can quickly heal animal paws. It was derived from a Finnish word.

It is the name of the Egyptian Goddess of the hunt. It will make a unique name for your little girl. The meaning is “divine mother” and is a biblical name for the hunter.

Nerrivik is the name of the sea mother and benefactor of fisherman and hunter. She provided food for the Inuit people. It is said that she married storm God who once did sea storm when Nerrivik loved ones were hunting.

In Inuit Mythology, Nujalik is the name of Goddess of hunting in the land. It is one of the famous names used in Canada for baby girls. It sounds fierce.

Pakhet is the name of Goddess of hunt and war. She is known for being feline headed women who kill snakes with claws.

Known as the mother of Sea. She is the Goddess of marine animals as well as sea hunting in the Inuit Mythology. It’s difficult to pronounce but a famous name.

It is the name of Goddess in association with bow hunting. If you are fond of bowhunting, this name is perfect as a hunter girl’s name.

The meaning of this name is “Hunter” It sounds very cool and easy for spelling also. It is one of the best hunter girl names.

It is one of the most distinguished yet gorgeous names.

The meaning of this unusual name is a hunter. If it sounds a bit different, then you have the option to shorten it as Zamb.

So, these are a few notable names of boys and girls meaning hunter. Choose from among this and give a bold name to your baby.