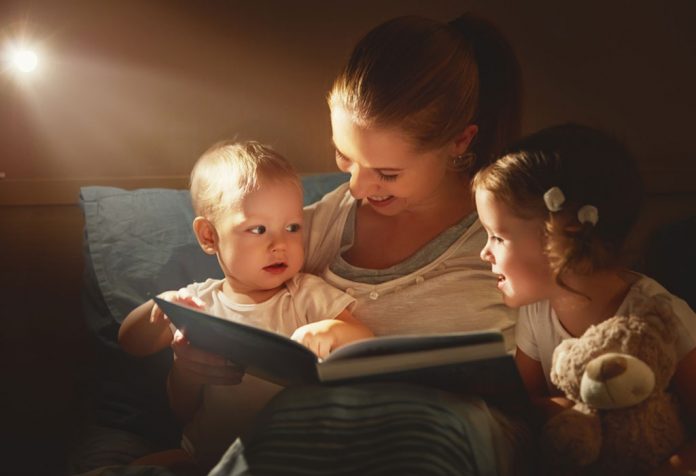 Bedtime stories are more than just sharing a cute story – they are an important way to bond with your little one. There are many advantages of interacting with your child by way of reading bedtime stories:

Here’s a list of stories that you could read to your children: 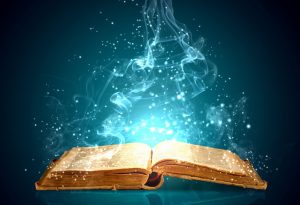 1. Princess and the Magical Ring

One fine day, the princess of the kingdom of Norfolk found a ring while in the palace’s garden. When she inquired about the ring with her father, he informed her that it would bring her five special powers:

The fifth was the princess’ most enjoyed power. She would keep singing for long, hoping that someday, a charming prince would fall for her beautiful voice.

One dark day, the kingdom got jinxed with a witch’s spell. It affected everyone except the princess. The witch deprived the kingdom of everything it had, including fire, the sun, the rains, and the crops. The miserable state of her country saddened the princess. But, all she had to help her kingdom were her five special powers! A spontaneous idea popped into her mind – she rushed to the balcony and started singing. The princess sang for months, all day and night. She didn’t stop even when her parents asked her. After about a year of singing, the kingdom normalised. But simultaneously, the princess disappeared in the winds. The kingdom was restored to its original glory because of the princess’ sacrifices.

The Kingdom of Glora was home to Princess Isabella, a friendly young lady who was loved by the whole kingdom. She had two elder sisters, Rose and Juliette, but she was nothing like them. Rose was quite charming, but she was no match to Juliette. Nevertheless, they were both mean to Isabella because they were considered conventionally beautiful. They teased Isabella for her plain appearance and simplicity, and always made fun of her for playing with her toys. They coaxed her to dress up more, but Isabella paid no heed to her sisters and continued to play with her toys. She loved her dolls as they never called her names, but she often felt lonely. King Paul, her father, was distressed at the sorrow of his youngest child, and although he tried to spend his free time with her, he was often called away for extended periods because of his royal duties.

On a bright summer morning, the prince of the Kingdom of Meadow-Hill, Geoffrey, arrived in the Kingdom of Glora, seeking a bride. He was a year younger than Juliette, a year older than Rose, and two years older than Isabella. All the sisters were eager to meet the handsome prince. Prince Geoffrey first spoke to Juliette, praising her beautiful tresses. Flattered, Juliette told him how lovingly she took care of her hair. Geoffrey soon got tired of the conversation and tried to strike a conversation with Rose. To impress the young prince, Rose began describing her father’s court and talking about all the famous personalities in it. When Prince Geoffrey could hear no more, he decided to meet Isabella. As soon as he met her, he was awestruck by her beauty. Juliette and Rose scoffed at Isabelle, berating her unkempt hair. When the prince said she had beautiful eyes, both Rose and Juliette declared that all the sisters had beautiful eyes. Prince Geoffrey said, “She is blessed with beautiful eyes indeed. But she plays with toys!” Juliette countered, trying to make young Isabella appear childish. “So what? Even I like playing with dolls.” Taking out a small doll from his pocket, he introduced it to everyone as Jane, his oldest friend. Isabella, delighted, offered to introduce him to her friends. When he agreed, she led him into the garden, leaving behind her mean sisters.

3. The Princess and the Pea

There once lived a prince who was in search of a suitable princess. He travelled across the seven seas in search of the right one, but he wasn’t sure if the princesses he met were genuine. Disheartened, he eventually returned home.

One evening, there was a terrible thunderstorm. Having heard a knock on the door, the queen went to open it. A princess was standing there in soiled and muddy clothes. Her hair looked dirty; she was thoroughly drenched, and her shoes were covered in mud. She claimed to be a real princess. “We’ll soon find out the truth,” said the queen. The queen went to the bedroom and took all the mattresses off the bed. She then placed a pea at the bottom and laid twenty mattresses on top of it. Next, she placed twenty feathered beds on top of the mattresses. The princess was asked to sleep on the bed for the night. In the morning, the queen questioned the princess about the quality of her sleep. The princess replied, “I just couldn’t sleep all night. God knows what, but there was something very hard on the bed.” The queen then understood that she was indeed a real princess, as only a real princess would feel the discomfort through the twenty mattresses and feathered beds. Knowing that she was a real princess, the prince took her as his wife.

4. The Princess and the Faithful Knight

Once upon a time, there was a princess whose beauty was the talk of not just her own, but many a land. As beautiful as she was, the princess had been raised to be fair and just. As the days went by, the happiness and the joy of her people became her only concern. One day, a prince arrived at the kingdom to court the princess. The two spent hours, days and weeks together. The princess had fallen in love with the charming prince.

One day, the prince took his princess to a shady grassland full of flowers located near the edge of the forest. He challenged the princess to pick out the rarest flower for him – the scarlet rose from the dense woods – if she truly loved him. The princess entered the woods to search for the scarlet rose. She loved the prince, and she would prove it to him. When she had almost given up, she saw a beautiful flower. The princess was fascinated by its beauty and reached out to touch it, but immediately fell asleep.

The prince suddenly appeared. He had planned to steal the riches and jewellery of the princess. He took the valuables and abandoned the princess. When the princess did not return to her father, the king sent his soldiers far and wide to look for her. After a long search, they discovered her in the meadow, covered in vine. His advisors discovered that she had touched a scarlet rose and thus couldn’t be awakened. The king tried every possible measure and potion to wake her up, but nothing helped.

The disheartened king made it known that anyone who could wait by the princesses’ side until she awoke would win her hand in marriage. Many suitors came drawn by the princesses’ beauty, but she slept on, unaware. As time passed, her beauty faded, as did most suitors, except for one- a knight who had knelt at the princess’ side and hadn’t moved since the time he had arrived. When the princess woke up, she saw the strong knight kneeling by her side. He told her about the poison and the king’s decree and declared his undying love for her. The king was overjoyed at having his daughter back, finding her a loving husband, and declared their wedding which took place the very next day.

5. Princess Rose and the Golden Bird

Long ago in a faraway land there lived a beautiful princess who had lovely red hair, and loved roses. Her name was princess Rose. Every evening, Princess Rose would come out on her balcony and clap her hands. On hearing her, a little golden bird would appear and sit on her shoulder. The princesses’ hair would have a beautiful red glow, and she and the bird would sing a lullaby that would put everyone in the kingdom to sleep.

When the evil witch heard this, she turned princess Rose’s hair black again; and this time, she also made all the roses in the land disappear. As princess Rose wept in despair, a prince appeared with a strand of red hair. When her tears touched the hair, a beautiful red rose bloomed, and princess Rose was able to make her hair red again. The Prince revealed that he and the princess had exchanged a strand of hair as children as a sign of loyalty..

The prince and princess Rose got married and lived happily ever after, and the evil witch was so furious at the failure of her plan that she exploded into a thousand pieces. 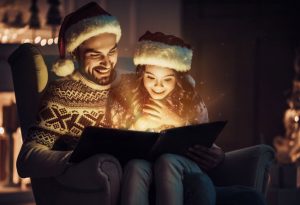 Tips to Remember When Reading a Bedtime Story to Your Child

When you get into the zone of the character, it makes your child’s imagination soar. To make things more interesting, you could ask your child what he thinks a character would sound like. Then, continue on with that voice.

Put a finger on every word as you read it

Reading these stories with your child will also help develop his communication and grammar skills. Enunciate every word you read, and try making him spell words out loud. However, don’t turn storytime into a lesson for him – make sure to do this only every now and then.

A lot of the stories you read involve scenes where characters decide what they have to do. In such a case, you can ask your child what he would do if he was a character in the story. That way, your child will be involved in the story and you can also explain to him how certain actions have consequences.

Young children often enjoy bedtime stories, and it has become a traditional way to put their curious minds to rest. Besides making them go to bed with a smile, bedtime stories help their mental and social development in a very subtle yet powerful way. So, make sure to read your child a story to bed whenever you can!

Easy Doodles for Kids that Will Boost Their Thinking and Creativity

14 Most Common Signs and Symptoms of Pregnancy With Their Reasons

Is Co-Bathing with Baby Safe

A Nine-month Guide to Getting your Finances in Order