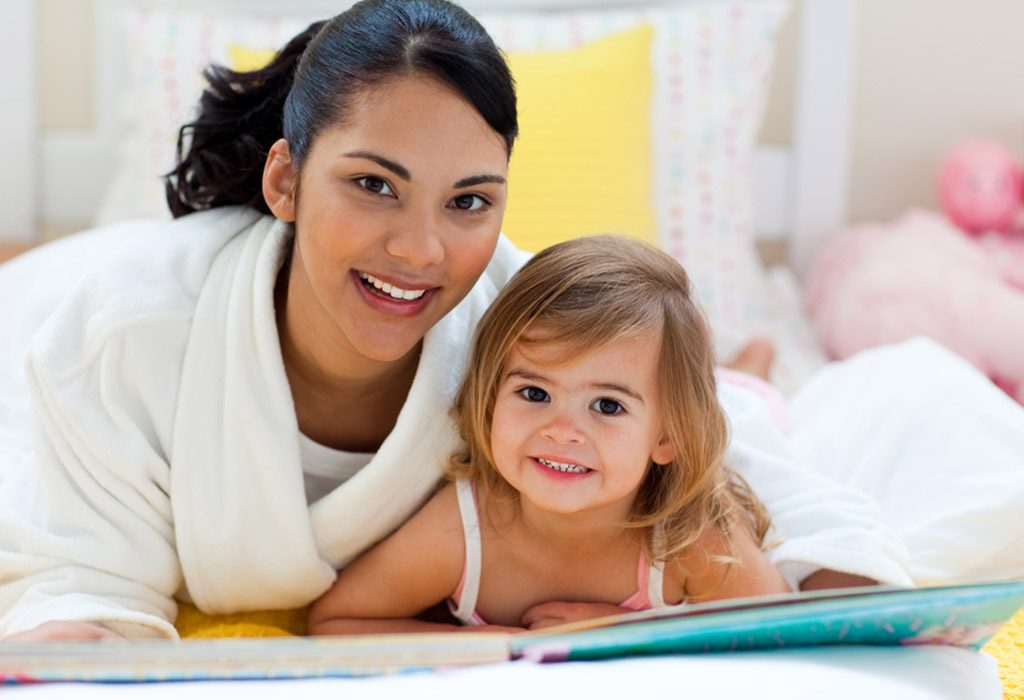 As your child grows up, you will see a new personality trait to who your child is becoming every day in her the tendency to develop habits. As each day progresses, your kid will probably outgrow an old habit or form a new one.

Storytime, however, is one activity that your kid will not outgrow anytime soon. Whether you indulge in bedtime stories, are slowly making progress towards a better reading habit for your child, or simply teaching your child good values, storytime is always special.

Also Read: Thought of the Day and Quotes for Kids

Here are our top 5 picks of the best inspirational stories for kids that will make bonding with your child a delightful, as well as educational experience. This beautiful story about making the best of what you have is our first pick for this list. Though ambition is not a bad thing, there is usually a very thin line progressing to greed. It can run both ways, parents may end up pushing their children so hard, that kids end up frustrated. On the other hand, kids may end up demanding for more, without regard to what they have already.

Here is a wonderful story about a peacock who almost went the same way.

here was this once a beautiful peacock who was all, but dancing on a rainy day. While he was busy admiring his plumage, his rough voice reminded him of his own shortcomings. All the joy beaten out of him, he was almost in tears. Suddenly, he heard a nightingale singing nearby.

Listening to the nightingale’s sweet voice, his own shortcoming once again became very evident. He began wondering why he was jinxed in such a manner. At that moment, Juno, the leader of the Gods, appeared and addressed the peacock.

“Why are you upset?” Juno asked the peacock.

The peacock complained about his rough voice and how he was sad because of it. “The nightingale has such a beautiful voice. Why don’t I?”

After listening to the peacock, Juno explained, “ every living being is special in his or her own way. They are and made in a certain manner that serves the greater purpose. Yes, the nightingale is blessed with a beautiful voice, but you are also blessed – with such a beautiful and glittering plumage! The trick is acceptance and making the most of what you have.”

The peacock understood how silly he had been in comparing himself to others and forgetting his own blessings. He realised that day, that everyone was unique in some way or the other.

Self-acceptance is the first step to happiness. Make the best of what you have, rather than being unhappy about what you don’t.

2. The Turtle and the Hare This story has been told and retold over the ages, but is certainly a story that will teach your child an important lesson that will stay for life. You can stick to the classic or make your own version with different variables that will nonetheless impart the valuable lesson that your child needs to learn.

The hare is not only a beautiful little creature but is known for its speed and cleverness. Turtles, on the other hand, are amphibians that are more down to earth and, of course, slower in all aspects of life.

One fine day, the hare bragged and came up with the idea of holding a race with the turtle. The turtle agreed, and the race began.

The hare managed to get a good lead over the turtle because he was an excellent runner. However, such was the ego of the hare that he not only raced way ahead of the turtle, but decided to take a nap at some distance, just before the finish line. He was convinced that he would easily win, even if he slept for some time.

The turtle, on the other hand, was far slower than the hare. However, he kept up with the race, without cutting corners. The turtle managed to reach the finish line, just as the hare was waking up! He, nevertheless won the race, even though he was a far slower runner than the hare, and not once, did he rub his victory it in the hare’s face.

As long as you are steady and determined, you will always win, no matter what your speed is. Laziness is your enemy, as is pride. Letting go is probably one story lesson that can teach, both the child and the parent valuable lesson. Children are hands down very impressionable and sensitive, and there are times when you, as a parent, might not want to accept that a line needs to be drawn, as children need to become independent.

Here is a story that talks about the challenges of learning to do things on your own, through stronger roots.

Once, there lived two neighbours who used to grow the same plants in their respective gardens. One neighbour was fussy and took extreme care of her plants. The other neighbour did what was required, but left the leaves of the plants alone to grow as they pleased.

One evening, there was a huge storm, accompanied by heavy rainfall. The storm destroyed many of the plants.

The plant of the relaxed neighbour had learnt to do things on its own. So, it had done its bit of work, grown deep roots, and made a place for itself in the soil. Thus, it had stood firm even in the storm. However, the fussy neighbour used to do everything for the plant, thereby not teaching the plant how to sustain on its own.

Sooner or later, you have to let go and become independent. Unless you stop fussing, nothing will work on its own.

4. The Mouse and the Lioness Our next pick is yet another classic. This story with the mouse and the lioness never gets old and teaches kids a wonderful lesson that should stay with them and help them grow.

The lioness, as we know, is fierce, proud, and tends to look down upon smaller animals. One such lioness was once skirting the jungle when a thorn pricked her paw. Being proud, the lioness decided not to ask for help. She went around the jungle, getting weaker and bleeding.

One day, she chanced upon a humble mouse. The lioness was in a lot of pain. The mouse, though quite scared, was courageous enough to offer help. The little mouse, after much pain, a managed to pull out the thorn from the lioness’s paw and freed her from pain.

Even though the lioness was so big and powerful, and the mouse was so tiny and humble, it was the mouse’s kind gesture that saved the lioness’s life.

Be humble and never forget that size is no guarantee of power or usefulness. Rounding off the list is this beautiful story about three fish. Once again, this story is about teaching your child how to be wise when encountering a problem and never to forget to help others in need.

There were three fish living in a pond. They were friends and practically did everything together.

One day, a fisherman came across the pond and was delighted to see the fish. He made plans to cast a net and catch them.

The wisest of the fishes made plans to find a different pond. While one of the fish agreed, the other one denied, saying that the pond was home and he shall not vacate it. The third fish further said that there had never been any danger in the pond. “I don’t see the point of leaving this pond. I think it is cowardly.”

The first two fish were unable to convince their friend, and so they decided to part ways.

The next day, when the fishermen cast his net, the first two fish escaped. However, the third one got caught. He had been unable to identify and act upon the problem and was now paying the price of neglecting danger.

It pays to be wise when faced with a problem. Remember that every problem is different, and therefore, has a different solution.

1. The best time to read inspirational stories is during the daytime, as your kid will be alert, and not weary, ready to go to bed. This allows for better concentration and understanding of the story.

2. Just because it’s an inspirational story, doesn’t mean it has to be boring. Read it as you would any other story. Use different voices and pitches throughout, to make it interesting.

3. Ask questions to your child at the end of the story. You can ask your child what he/she would do in place of the character, or what the moral of the story is.

4. You can tweak the story to make it more relevant to your child. Work by your child’s likes and dislikes, which will keep him/her more interested in the story.

5. If you feel your child spacing out in between, pause the story and ask for predictions on what happens next. In fact, you can even make this a regular practice. Asking your child for a prediction helps boost imagination.

So, these are some of the best stories that both, you and your child will appreciate. Don’t forget though that each one of us has a story within us – a story that can not only motivate children and teach them valuable lessons, but also encourage them to imagine and dream.

You can further encourage your child to develop his imagination and wording skills with an activity box like Intellikit, which contains super-engaging and fun activities that boost creativity along with other skills. Based on the theory of multiple intelligence, each box has a unique theme for the month and works towards all-round development in your child. Subscribe and get your box for the month right at your doorstep!