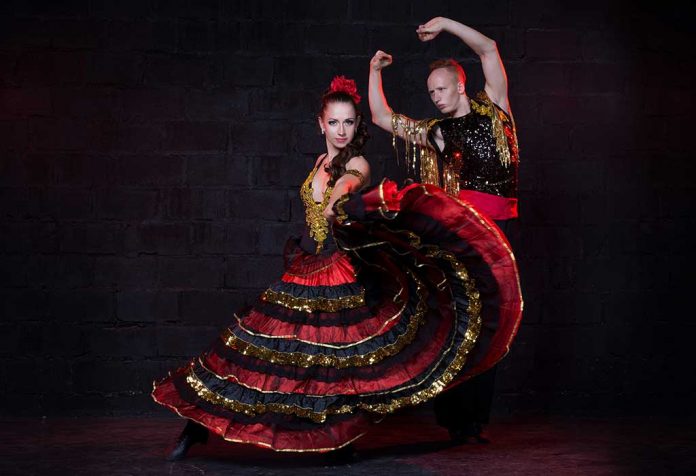 Spanish family names started being used in the medieval times to distinguish themselves from other races. Some Spanish surnames had Germanic roots that were introduced by the Visigoths during the 5th to 7th century while others have Latin origins. In traditional Spanish culture, an individual inherits the surname of the ancestors. In practice, they mostly use two surnames of their parents or grandparents varying as per the occasion and making them appear in a compound form that is not commonly seen in the Hispanic world. Due to immigration and colonisation, about 20 per cent of the global population have Spanish surnames. Popular Spanish last names can be descriptive, patronymic, matronymic, occupational, ornamental or refer to any particular profession and habitation, which becomes a part of a person’s family identity. This comprehensive list of Spanish surnames are as fascinating as the country and should help you to draw out your own family tree.

This ultimate guide of the most common Spanish last names with their meanings can inspire you to select one for your newborn baby or lead you to discover your ancestral roots.

Abarca is an occupational surname referring to ‘maker of leather shoes’.

Abel is derived from the Hebrew name Hevel, and it means ‘breath’.

As agua means ‘water’ in Spanish, this surname refers to ‘someone who lives or works near the waterbody’.

Derived from the word Alamillo, the name means ‘a poplar tree’ or ‘aspen tree’.

Alcaraz means ‘the cherry’ in Arabic, but it refers to the name of a place in Spain.

Derived from the name of a Basque town Aldats, Aldana refers to ‘a slope’.

Balcazar refers to ‘Belprotect the king’ in Hebrew. ‘Bel’ was the name of a king back in the Babylonian Empire.

This occupational surname refers to ‘those who worked as flag-bearers’. Bandaras means ‘a flag’ or a ‘banner’ in Spanish.

The name comes from a Latin word Barba, which means ‘beard’. It is an occupational surname, and also refers to barber-surgeon in Spanish.

This toponymic surname refers to ‘a place covered with thorns’.

Baro has Germanic roots and means ‘a warrior’.

Basurto may refer to a place in the Basque country.

Cabello means ‘a knight’ or ‘a person with a luxuriant growth of hair’. It is derived from the Latin word Capillus.

Derived from a Latin word, Cabrera is a habitational surname that refers to ‘a place of goats’.

This metonymic occupational surname denotes ‘a bell-ringer’ or ‘bell-maker’ as bells were first made in Campania.

This metonymic occupational surname is derived from the Spanish word Chandler, and it refers to ‘candle’ or ‘candlemaker’.

This toponymic last name refers to ‘the Cantu town of Italy’.

A variant of the Italian word Colomba, Colon refers to ‘dove keepers’.

This patronymic surname is derived from the name of the father meaning ‘of Jesus’.

Del campo refers to ‘someone from the del or field’.

Derived from the Latin name Dominicus, Domingo means ‘of the Lord’.

Duran is derived from Latin Durus, meaning ‘hard’ and ‘steadfast’ in Jewish.

Derived from the name of a place Etxeberria (located in the Basque country of Spain), Echeverria is a toponymic last name.

Derived from the Basque word Eleiza, Elizondo refers to people who lived near or under a church.

This prestigious surname is a derivative of the German Heimrich, meaning ‘home ruler’.

Escobar refers to ‘someone who lived in a place where brooms grow’ as Escoba means ‘broom’ in Latin.

Esperanza is a classical Spanish surname; it means ‘to hope’ or ‘expectation’ in Latin.

Esteban is derived from the Greek word Stephanos and Latin word Stephanus. It means ‘crown’.

This toponymic surname is derived from Latin meaning ‘paved way’; it means ‘street’ or ‘road’ in Spanish.

This surname refers to Gabaldon located in the Cuenca province of Spain.

Originating from Latin Gallus, Gallo refers to a person with characteristics associated with a ‘rooster’.

A variant of Jasper, Gasper has its roots in Persian and Greek, and it means ‘treasurer’ in Hebrew.

Originating from the word ‘war’ in Spanish, Guerra is a common nickname for ‘a quarrelsome person’.

Attested since the 12th century, Hidalgo refers to a ‘gentleman’ or ‘nobleman’.

Huerta means ‘garden’ or ‘orchard’. It was adopted mostly by people who lived near a garden.

Originating from the Roman family name Egnatius, Ignacio meaning ‘born from the fire’.

Dating back to the 16th century, the word Imperial travelled from Geno to Spain and implied ‘royalty’.

Jaramillo refers to a place situated in the Burgos province of Spain.

Juaquin refers to ‘lifted by God’ in Hebrew.

Derived from the Latin word Sueris, Juarez refers to ‘an army’.

Lago refers to ‘someone living by the lake’ as it means ‘lake’ in Latin.

Leo originates from Italy and is a Latin name which means ‘lion-like’.

This patronymic surname means ‘son of Lope’ and is derived from the Latin word Lupus, which means ‘wolf’.

Lovato is a Latin word derived from Lupatus; it means ‘like a wolf’.

Dating back to the 12th century, Maduro refers to a sensible or mature person.

Derived from Hebrew name Immanuel, this patronymic surname means ‘God is with us’.

Derived from the Latin word Marcus, Marco refers to the ‘Roman God Mars’.

Originating in the Basque region, Mendoza refers to ‘a cold mountain’.

Noa means ‘comfort’ or ‘wanderer’ in Hebrew. It originally meant ‘movement’, ‘motion’ and is mentioned in the Old Testament.

Nocito refers to a town in Uesca province of Aragon. It comes from the Latin Nucetum, which means ‘walnut orchard’.

Derived from the Latin word Nonus, which means ‘ninth’. It also means ‘grandfather’.

This habitational name refers to Ocana in the Toledo province of Spain.

Ocon is a habitational surname for someone from the Ocon region in La Rioja Province. Derived from France, it referred to a person who lived at the corner of a street or village.

This toponymic name means ‘place of olives’. It originates from Aragon kingdom of medieval Spain.

This Spanish habitational name refers to ‘stand of elm trees’.

Ortega derives from a plant named Urtica, which is ‘nettle’ in Latin.

Derived from the Latin word Paulus, Pablo refers to ‘small’ or ‘little’.

Padron refers to a town in the Galicia province of Spain.

The name means ‘rock’ or ‘boulder’.

Derived from the name of a place Pinto in Madrid, Pinto means ‘painted’ or ‘ colourful’.

Prado means ‘a meadow’ in Spanish. It refers to an inhabitant of Prado in Spain.

Puerta refers to ‘someone who lived near the gates of a town’.

Quijada refers to a person with a prominent jaw or ‘jawbone’.

Quijas is a habitational surname derived from the Cantabria province.

Rivas is derived from the Latin word Ripa, which means ‘river bank’ or ‘someone staying near a river’.

Derived from the Germanic name Roderick, Rodriquez refers to ‘son of Rodrigo’ and means ‘famous power’.

Rojas refers to people with red complexion or red hair.

Rubio refers to people with blond hair or lightly-coloured hair.

Derived from Spanish, Salas refers to ‘a person who works at a manor house’.

Salvo comes from the Latin word Salvus, which means ‘safe’.

Sarto in Latin means ‘mender’, hence refers to the occupation of a ‘tailor’.

Sevilla refers to the inhabitants of the city of Seville in Spain.

This occupational name for a swine herder; it means ‘Son of Suero’.

Talamentes refers to a person belonging to Talamantes in Zaragoza province of Spain.

Tineo refers to a person belonging to a place called Tineo in Asturias province of Spain.

Tinoco might have been derived from Tino, which means ‘intellect’ in Spanish.

Tio is a byname that means ‘uncle’.

Toledo refers to a city Toledo in central Spain.

Toribio is a medieval personal name of two Spanish saints, St.Turibius of Astorga and St. Turibius of Palencia.

Toro is derived from Toro in Zamoro province.

Derived from the Latin Trinitas, Trinidad means ‘son of the descendant of Trinidad’ or ‘holy trinity’.

Derived from Latin name Urnabus, Urbano refers to a city-dweller.

Urias refers to ‘Yahweh is my light’ and is derived from the Hebrew name ‘Uriyah’.

Valenciano is derived from the city named ‘Valencia’.

As Vega means a meadow in Spanish, it refers to a ‘dweller in the meadow’.

Vela means ‘sail’ or ‘being watchful’ in Spanish.

This rare Spanish last name has its origin in Romano-Latin, and it means ‘one who lives in a village’.

This patronymic surname means ‘son of Juan’. It has its origin in Hebrew.

The Spanish word Zapato means ‘a shoe’. Hence Zapata is an occupational surname for ‘shoemakers’.

This habitational name from Arba province is derived from the Basque word meaning ‘iron slag’.

These unique Spanish last names have interesting meanings and sound quite flamboyant and appealing. Whether you’re looking for a fun way to spice up your identity or aching for a new moniker to suit your personality, you’re sure to find the perfect last name here that would set your soul alight.

Things Your Wife Wants You to Know (But Isn’t Saying!)

Dangers of Sedentary Lifestyle and Tips to Overcome It