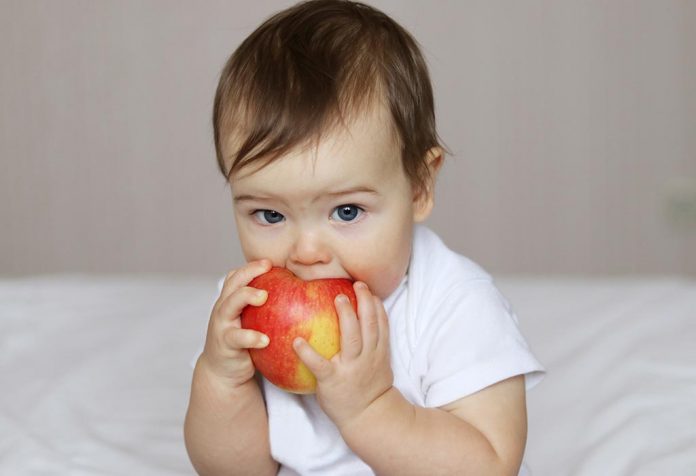 Apples have been directly linked with maintaining a good healthy heart since they contain substances that reduce the amount of cholesterol in the body as well as provide various antioxidants to maintain the inner health as well. The structure of apple plays an important role as it is formed by a combination of fibres that are both soluble as well as insoluble. Both of them work towards stimulating bowel movement and keeping the intestine healthy at the same time. Furthermore, apples are great food for babies and using them in various ways can bring about tasty food items right in front of you.

To help your baby consume apples in a delicious manner, here are a few recipes:

1. Tasty Applesauce (For 5 Months and Above) Out of various applesauce recipes for babies, this one is the easiest and quickest to make and introduce your child to apples.

2. Apple Soup With Sweet Potato (For 6 Months and Above) Combine the flavours of both these food items to create a delicious lip-smacking comforting soup.

3. Apple and Grape Squash (For 6 Months and Above) Put together this fantastic recipe to let your little one taste a wide variety of flavours.

4. Apple and Chicken Meal (For 7 Months and above) As your child starts having solids, this meal will make him ecstatic and have more of it. One of the popular apple juice recipes for babies, this one adds the benefit of milk to make a great shake.

6. Baked Apple Dish (For 6 Months and Above) Turn the fruit into a great snack option for your child that has a different flavour with the same nutrition.

7. Apple Salad Breakfast with Grains (For 10 Months and Above) Let your little one have a nice filling breakfast now that he can start having solids properly.

8. Apple Rice Pudding (For 10 Months and Above) Some nice sweetness to go with the sweet and sour taste of the apple.

9. Apple Banana Custard (For 8 Months and Above) For your little one who has a sweet tooth, this recipe will be quite a delight for him. Making sure your baby can eat apples and develop a liking for them can open an avenue of various food items for your child. By opting for an apple stew recipe for your baby you can create a wide variety of recipes and let your baby enjoy the beautiful flavours. 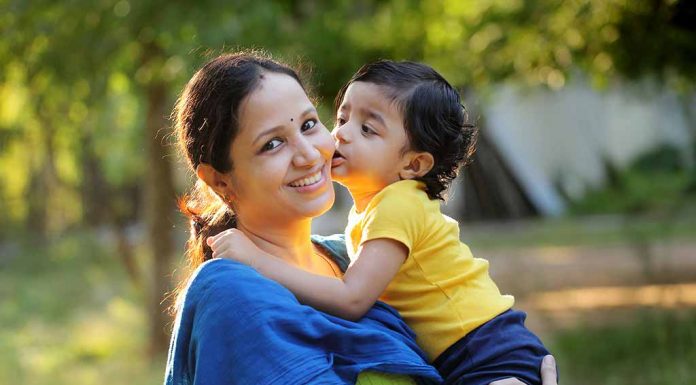 Pre-Birth Sex Determination – Should You, Shouldn’t You?

Does Skin Discolouration in Babies Signal a Serious Problem?