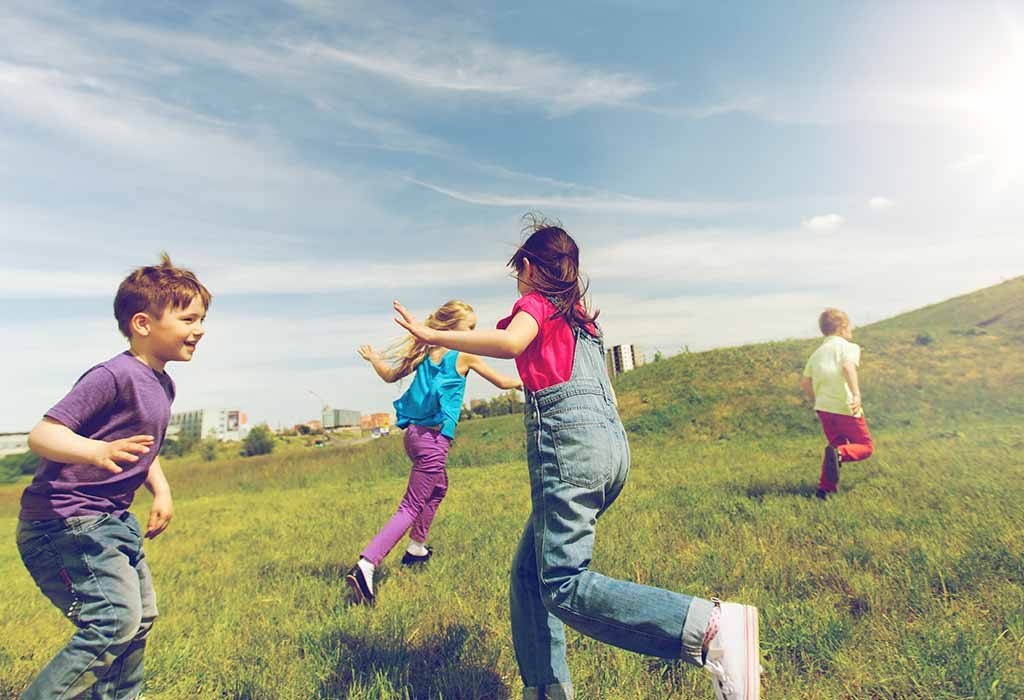 Playing games is one of the best forms of recreation for kids. Outdoor games not only help in keeping your kids healthy, but it also helps in their emotional well-being. If you are looking for some fun-filled outdoor games, tag is surely amongst one of the toppers on the list! Keep reading this post as we share some amazing fast-paced tag games for kids!

What Are Tag Games?

Tag is a kind of chase game that involves two or more players. One player is chosen or selected as ‘It’ on a random basis. The player appointed as ‘It’ is then expected to chase other players until one of the players or kids is tagged as the new ‘It’. There are various different ways the game can be played in.

Here we have some exciting fast-paced tag games that kids can enjoy with their friends:

This exciting tag variation has a pair as ‘It’ unlike the usual tag game where only a single player is selected as ‘It’.

Another exciting tag game for kids that involves the tagged players to stay still until they are untagged again!

Kids can have loads of crazy fun playing this tag game!

This tag game notches up the thrill quotient for kids!

5. The Otters and Clams Tag

This hilarious game can keep the kids entertained for a long time!

This tag game comes with a spooky twist!

7. The Chain or Amoeba Tag

Another fun tag game that gets more exciting as more and more players join the ‘It’ gang!

Play this game in a confined space or have clearly marked boundaries for added fun!

This interesting tag game is played in groups.

This game can be as creative and fun-filled as you want it to be. You can choose any name in place of Mr Wolf, such as Mr Fox, Ms Lion, etc.

The beauty about these games is that one can add new rules and variations to them. You can also ask your kids to come up with new ideas of playing these fun and interesting tag games. Also, they do not require adult supervision, but it is a good idea to be around younger kids when they play these games. Happy playing!