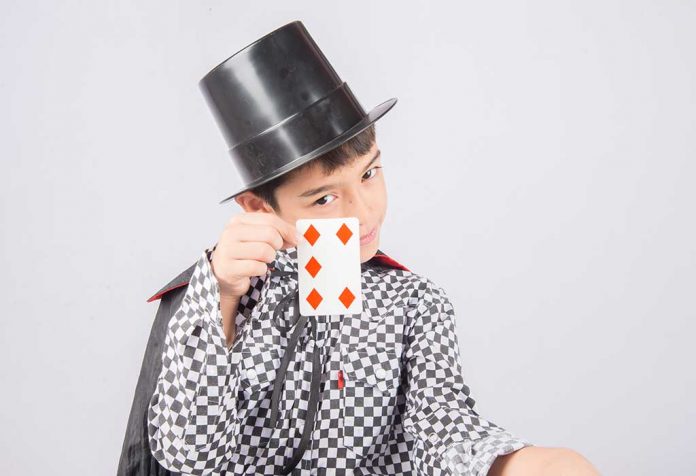 We have all visited a magic show and loved that trick where the magician pulls a bunny rabbit out of his hat. Card tricks have been passed on through generations to keep the magic alive. As kids, one is always seeking those cool card magic tricks to amuse themselves or friends and family. There are several card tricks that have been passed on for generations to keep the magic alive!

Which kid dislikes card tricks? Card tricks are great to get familiar with kids. If you have a few up your sleeve and teach them, then you are sure to become a favourite and rule the popularity charts. For kids and beginners, card tricks have to be easy to understand, learn and perform. There are plenty of card tricks for children that fit this description to get them to feel like magicians. Some of these tricks are even easy card tricks for beginners. Read on to find on 10 easy magic card tricks to teach kids.

How to Do The Trick

3. Is This Your Card

This collection of simple tricks will get your child interested in learning magic tricks! You just need to remember to be vigilant, observant and need some practice before the grand finale. With a bit of drama and panache, you will surely nail it.

Top 20 Must Listen Podcasts For Women

Best Games to Play with Babies (0 to 12 Months Old)