Yelling At Kids – Is It Really Harmful?

Yelling At Kids – Is It Really Harmful? 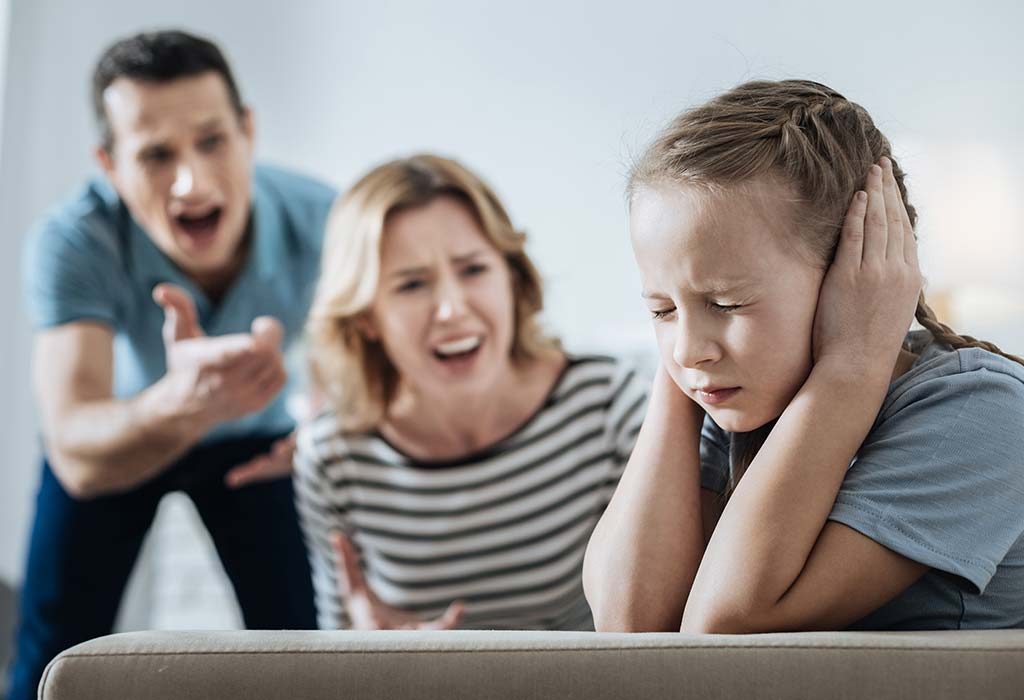 Parents love and care a lot about their children and want the best for their kids. They also have the responsibility to discipline, teach and develop the kids to become good humans and excel in their life. Sometimes to make the kids learn a discipline or behave properly or for studying, parents yell at the kids. Few times the kids are being naughty and not listening to parents, so the frustrated parent ends up yelling at them. But this yelling might affect (not in a good way) the development, personality, and health of the child. So the parent should be mindful of their yelling to make sure the kid gets the best growing environment.

Video: Yelling at Children: Is It Really Harmful?

Why Do Parents Yell at Their Children?

Parents sometimes get frustrated with their kids if the kids don’t listen to them, misbehave, don’t study, or play truant. Growing kids think they know it all and don’t follow the instructions of their parents. This results in parents yelling at a child trying to make them understand the importance of studies, discipline, rules, etc.

There are a few common reasons for parents to yell at their children. They are:

Parents want to protect their kids from all dangers and threats. So they yell at them when the kids are being naughty or not understanding the dangers of something or some situation like playing on the road, playing with sharp objects or running on the road.

Sometimes the parents feel they are inadequate for the kids. So to show their confidence, the parents yell at the kids to make them follow their commands.

3. Not understanding the kids

Some parents think their kids as their equals. They don’t understand that the kids have a mind that is still developing and the kids are still learning social behavior. So parents get furious and yell at the kid for disobeying them.

4. They were yelled at

Some parents were yelled at by their parents in their childhood, so they believe that yelling at children is the correct way to discipline the kids. They consider yelling as normal parenting and hence follow the same method with their kids.

How Yelling at Kids Can Impact Their Emotional and Physical Health

Children are innocent and immature. They don’t understand the frustration or irritation of their parents when they don’t listen to them. But they do get scared when their parents yell at them. Yelling impacts not only their short term behavior but also has lasting effects on mental development and personality.

Some of the impacts of yelling on the emotional and physical health of kids are:

Some kids have behavioral problems and yelling by parents might result in the kid’s behaving well at that time. But in the long run, the behavioral issue will increase with constant yelling. The kids will get used to yelling and as time passes he/she may develop more issues along with the current one.

A kid’s brain is still developing, so any negative incident or event changes how their brain develops. Yelling makes them scared and it changes the development of their brain.

3. Yelling leads to depression or anxiety in kids

Kids are naughty by nature and tend to do a lot of things that frustrate the parents. So yelling at a toddler makes them hurt and scared of their parents. This leads to depression or anxiety.

4. Yelling affects the physical health of the kid

Childhood events shape our entire life, so the unpleasant yelling causes stress in kids. Stress impacts the physical health of the child and may result in physical health issues.

Negative childhood events or experiences result in the development of chronic pains in the kid. The kid may develop chronic pains such as back or neck pains, arthritis, and headaches.

Yelling by parents even at the smallest of the things makes the kid believe they are not good enough. Repeated yelling by their parents’ results in their self-confidence going down and in the long term can result in them feeling inadequate or not good enough.

Some kids behave rebelliously due to constant yelling by their parents. After some time, this need to defy their parents turns to aggression and becomes a part of their personality.

What Can You Do If You Yell

Parents sometimes don’t realize the side-effects of their yelling. They yell before they think about the impacts. But they don’t want their kid to be affected negatively by their yelling. On such occasions, parents should ask themselves what are the ways to stop yelling at their child. So first it’s best for the parents to first take some time and calm themselves to talk rationally to the kid. Then they should go and apologize to their kid to make them learn an important lesson that people do mistakes but the person who rectifies and apologizes for their mistake is a good person.

Kids need to understand that yelling or shouting is neither acceptable nor beneficial for a healthy relationship. Respect and boundaries are required in every relationship. This will make them imbibe the habit of giving respect and owning one’s mistake. They will also learn how to manage conflict in a family. Make the kid feel that the home is his/her safe environment where everyone respects each other and there is open communication without any judgment or blame. And it’s okay to make mistakes, provided we rectify them and apologize for them.

Tips to Practice Positive Discipline Instead of Yelling

There will be times when the kids frustrate the parents but the parents need to take a timeout to calm them. Then they can go and talk to the kid about the issue and explain it to them. This will teach the kid about boundaries and managing frustration/anger.

When the parents are not happy with something the child has done, the parents should share their feelings with them. This will make the kid understand emotions and learn to manage them. They will also learn that anger and frustration along with happiness is part of human emotions and its okay to sometimes feel them.

3. Tell them about the consequences

Parents are not superhumans, so its normal if they get frustrated or angry sometimes. But they should remember that yelling is not the way to make kids disciplined and do the right thing. Parents need to talk to the kids and make them understand their mistakes in a stern manner without any yelling. This will help in good mental and physical development of the child. Emotionally strong kids grow up to become good humans and future parents.