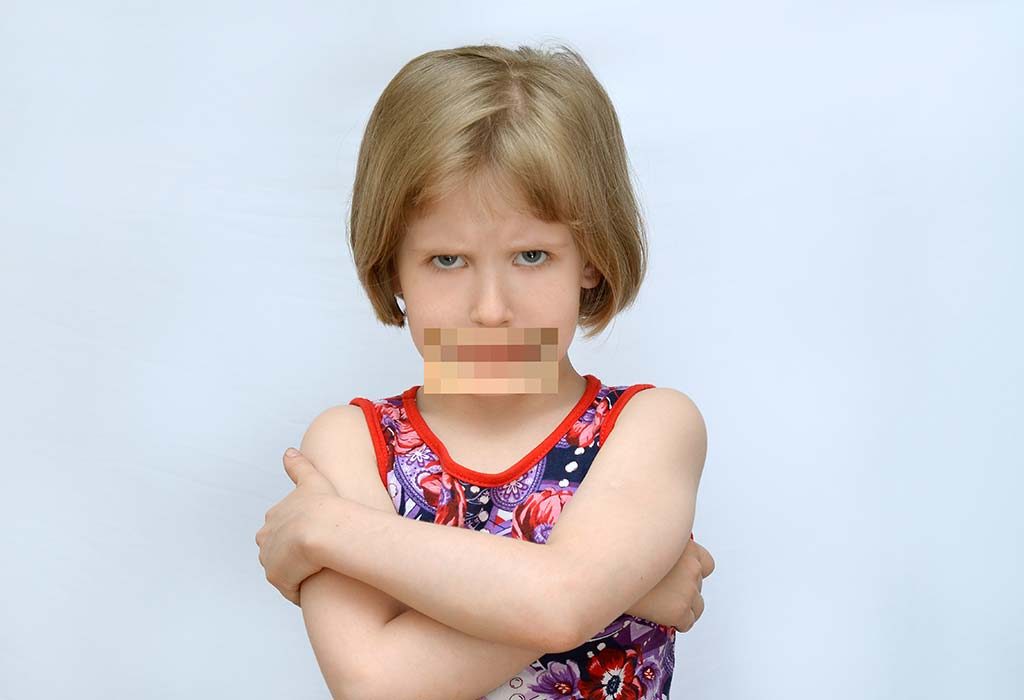 It can be very shocking for parents to hear their kid curse. They may wonder from where he has picked up bad language and whether he truly realises its inference. Most parents need to understand that it is quite typical of kids to use colourful language at times. Kids tend to pick up words from their environment and may repeat it unknowingly. Parents’ reaction to their kid’s cursing can impact his future cursing behaviour. It may be useful to nip your kid’s habit of using choice words early on so that he may learn to speak courteously throughout his life.

Why Do Kids Swear?

Younger children swearing is more likely a case of repeating words they may have heard adults saying. They are still in the stage of developing the skill of using the language to communicate which they tend to do by mimicking words they hear. It is highly unlikely that they use bad language to offend or hurt anyone. More often than not, they are simply developing verbal skills.

Older kids may swear for many reasons. They may do it to appear cool or to be in sync with the current fads doing the rounds. In case it is something that they haven’t heard often, they may use it without knowing it is offensive.

Sometimes kids use colourful language to get attention. Most parents take cognizance of their kid uttering swear words. They may get troubled or perhaps laugh but either way, the kid gains some attention. A kid may remember this and make use of the swear word whenever he is craving for some. Unfortunately, it tends to usually materialise at the most inconvenient times causing extreme embarrassment for the parents.

When kids grow a bit older, they normally begin to understand that colourful words are impolite. But they may still say them to express emotions like anger, frustration. Too often, swearing is used as an ineloquent and default means to convey feelings as the child may lack a good command over vocabulary.

From Where Do They Learn Swear Words?

Kids may pick up curse words from several sources. The most likely place is, of course, the home. Parents who are generally mindful of their language in public may slip up on quite a few occasions while at home. If your child happens to hear you say it, he is prone to use it too.

Kids also hear bad language when watching television and films. Curse words seem to have increasingly crept into television shows, movies, conversations, YouTube videos resulting in kids’ overexposure to their usage. Even some cartoons contain objectionable language which no parent would wish their kid to learn.

Children may start swearing if their friends do it or they see a much older kid doing it at school. They may think that using profanities can make them more appealing or popular among their peers. 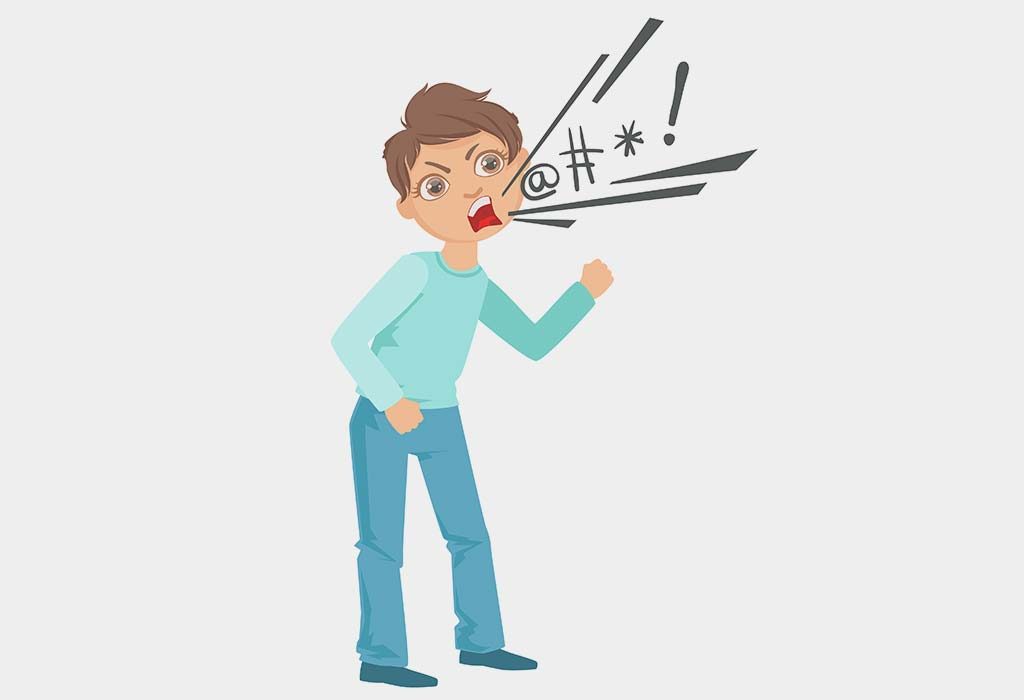 How to Stop Your Child from Cursing?

The harsh fact is that most kids are certain to hear profanity at some point in their lives and use it as well. But a calm and stern explanation as to why it is unacceptable and inappropriate may curb the issue for good. Some helpful tips to stop your kid from cursing can be:

Remaining calm is crucial. Overreacting can reinforce bad behaviour particularly if the cause of swearing is to attract attention. Try and avoid losing your cool or laughing off the matter. Instead, explain to your child that swearing is improper and will not be accepted.

Avoid getting into an argument with your child regarding swearing especially when the tempers are running high. It may only make the situation worse. Try to identify the underlying reasons for cursing and discuss the matter when things become calmer.

In case swearing turns into a serious issue, it may help to create a strict household rule about it. Make sure there is no relaxation in implementing and following the rule. You may need to issue constant reminders and warnings to drive home the point.

Avoid bad language in front of your kids. If they hear you use swear-words, they may probably think it is all right to do so too. In case you do slip and swear, offer an apology right away. Doing so will help set the right example for your kid.

Most parents may wonder how to stop a toddler from cursing. Toddlers who are in the process of exploring the language may not grasp the full implication of swearing. Thus, scolding them may not prove helpful. In most cases, ignoring the instance altogether may prevent its reoccurrence. Older kids who are aware that cursing is bad may require more firm handling.

Do take into consideration the context of cursing while disciplining your child. Depending on the circumstances, decide the penalty. For example, purposely calling somebody a bad name is certainly worse than accidentally uttering a bad word on tripping and falling. Both actions need to be checked but ensure that the reprimand fits the crime.

Usually, telling a child that saying a certain word is not proper is likely to discourage him from using it again. You can also offer acceptable replacements to swearing while correcting his language like shoot, dang, fish.

Occasionally a child may swear due to lack of effective communication and social skills. Therefore, work on your kid’s command of language and expand his range of words.

Stay vigilant on what your kid listens or watches. Supervise your child’s television and movie viewing to reduce his likely exposure to the foul language he may receive while watching them. Anticipate other ways your kid may get exposed to unsuitable language and take corrective measures.

Praise your kid for responding to adverse situations without cursing. Express your appreciation and demonstrate it as well. You can say that you are very proud of him. Avoid giving material rewards or money.

Here are some simple ideas to help encourage respectful speaking in your family:

Parents may like to make their child aware of ways language affect other people. By digging deeper as to what triggers swearing and then responding appropriately to it, parents can gain success in cleaning up their kid’s language and teaching them virtuous behaviour.