Wars are not uncommon, but until World War I, the world had never seen a war that triggered almost all the powerful nations across the globe into action. While you may have learned about World War I facts in History classes in school, here we discuss some basic and interesting facts that you may have never heard before.

Who Fought in World War I?

The First World War was fought by two opposing alliances, the Central Powers and the Entente Powers. The Central powers, comprising Austria-Hungary, Germany, Turkey, and Bulgaria, fought against the Entente Powers, made up of Russia, France, Great Britain, the US, Italy, Romania, and Japan.

What Caused the First World War?

The leading underlying cause of World War I was the difference in opinions between bigger world powers over foreign policies. More minor conflicts were occurring between countries, such as the Bosnian and Moroccan Crises.’

Furthermore, countries were growing their armies, buying better weapons, and building more battleships. They planned to regain the territories that they lost during past wars to expand their empires.

Tensions came to a head when Austria-Hungary declared war on Serbia in 1914. The creation of the two major allied forces, the Central Powers and the Entente Powers, took the war to a much larger scale as country upon country declared war against each other to defend their allies.

Where Did the Battles Take Place?

Most of the battles during World War I took place in Europe and was contained along the Eastern Front and the Western Front. The Eastern Front was located between Austria-Hungary, Germany, and Bulgaria, while on the other side of the Eastern front were Russia and Romania.

On the Western Front, which stretched from the Belgian coast to Switzerland, was a line of trenches from which the soldiers fought against each other. Most of the battles on the Western front took place in Belgium and France.

How Did World War I Start? 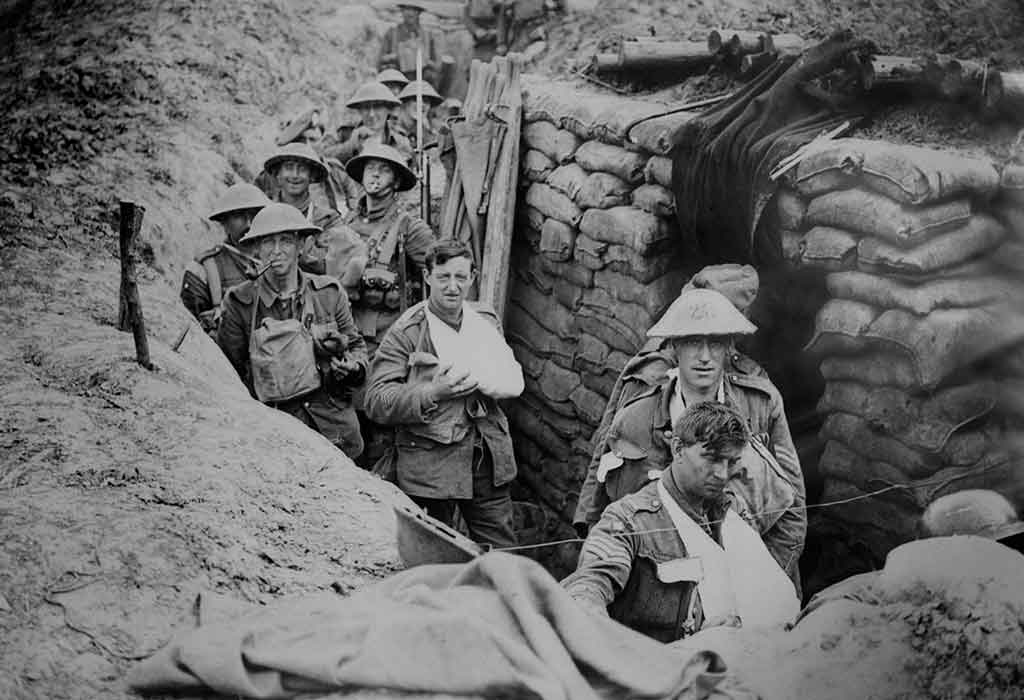 The First World War officially began when a Serbian terrorist group, The Black Hand, assassinated the heir to the Austrian-Hungarian throne, Archduke Franz Ferdinand. Angered by the Bosnian Crisis, Gavrilo Princip, a revolutionary from the conquered Bosnia, shot the Archduke and his wife, who was pregnant, on the 28th of June, 1914. This action caused Austria-Hungary to declare war on Serbia.

Russia was in the same Alliance family as Serbia, and they decided to fight by the side of the Serbian army. So, the Russians declared war on Austria-Hungary.

Germany wanted to protect its ally Austria-Hungary and thus decided to declare war against Russia. In return, France declared war on Germany because France and Russia were allies. The Germans decided to retaliate against France, so they invaded the country of Belgium because the Belgians were allies of France.

When Great Britain found out that Belgium had been invaded, they declared war against Germany to protect their allied country.

As many of the world’s powerful nations had declared war against each other, the terrible four-year war that shook the world began.

How Did the War End?

By 1918, Germany was suffering greatly because The Royal Navy of Great Britain had blocked their ports. This meant that the German people did not have access to trade, and their economy began to collapse. Food was scarce, and the people were left to starve.

Kaiser Wilhelm II, Germany’s Emperor, abdicated the throne on the 9th of November, 1918. Two days later, on the 11th of November, a peace armistice was signed, and the fighting stopped. The war was officially declared over when the Treaty of Versailles was signed in 1919.

What Were the Major Battles Fought During World War I?

The four-year-long war included many battles fought between various countries in different places. Here are some of the major battles that were fought during World War I:

Other Interesting Facts About World War I for Children

Now that you know what World War I was about, here are some interesting facts about the war:

After learning about all the interesting World War I facts and figures, you now know just how much the world changed after those four difficult years when most of the world was at war. This can also give you insight into the current political relations and how interactions between countries have changed. Furthermore, you can read up on World War II to understand how the two wars differed and how they ended up shaping the world as we know it today.

Using Cough Drops During Pregnancy – Is It Safe?

How to Look Good and Photogenic in Every Picture?