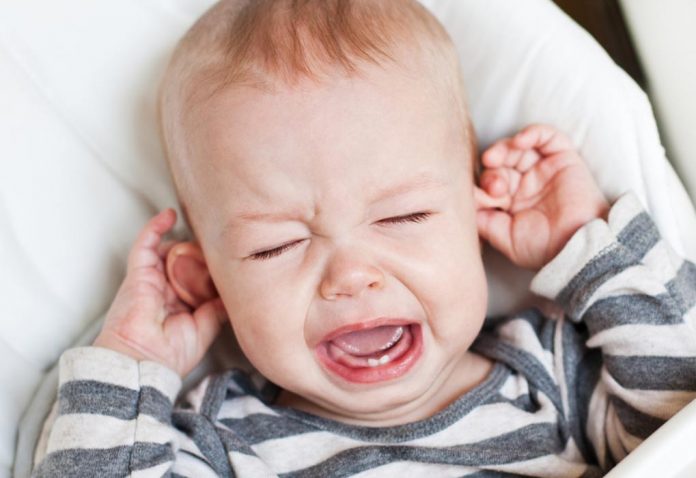 A lot of behaviours of an infant are strange and scary for first-time parents. One of the common ones that leave them astounded is figuring out why babies rub their ears so much. The instantaneous thought is that of an illness or a condition that is severely disturbing for the child. However, many children simply prefer to explore their own bodies in their own way. Understanding the signs that differentiate a curious act from a need to resolve some kind of an ache, can help the parents support their children better.

For most first-time parents, a baby scratching his ear might seem to be a sign of something wrong with the child. However, that isn’t always so. The scratching of the ear can range from something as minuscule as boredom to something as serious as an illness or an infection. Understanding the causes that commonly cause babies to scratch their ears can be helpful in this regard.

1. Your Baby is Tired or Extremely Bored

There doesn’t seem to be any understanding behind babies scratching their ears when they are tired, bored or even sleepy. But many scenarios have been observed which have shown such a connection to be present. A lot of children do this when they have just been fed and have been extremely tired. Therefore, if you notice your baby doing this, it might be worth a try to put him to sleep.

No correction is required on this front. Do try to engage the child if the rubbing tends to get intense or hurts him in any manner.

2. Your Child Has Just Discovered the Ear

Babies are always exploring everything around them. This also includes their own body. As they discover hands and fingers one day and begin to understand that they can control them, there is also a possibility that they end up discovering ears on the sides of their heads by accident. When that happens, they will constantly attempt to feel them again and touch them repetitively.

Curiosity is a good thing for this age. Talk to your child and show him your own ear, letting him understand what it looks like.

3. The Earwax Inside the Ear Has Built Up Considerably

The production of earwax is a natural process that begins early in life. Throughout that phase, parents attempt to clean the earwax by using earbuds or other unorthodox techniques. Since these are considerably larger than the canal, rather than pulling out the wax, they end up pushing it deeper within. This causes an itching sensation.

4. Your Baby is Undergoing a Teething Phase

There is a good connection between teething and rubbing ears in an infant. The trinity of ear, nose and throat are interconnected to each other. Which is why, any irritation in one part ends up causing sensations in the other, and even affecting it. When teething occurs, it begins to irritate the gums and the entire area of the mouth. This can result in a mild pain in the ears, which your baby might attempt to relieve by scratching or pulling his ears. These are also accompanied by excessive drooling, the need to chew on various items or even a fever at a temperature of 101 degrees or so.

5. The Presence of an Infection Due to Cold-Related Illness

Illness or infection is one of the most common and strong reasons that can make a child itch or pull on his ears all the time. Catching a cold has a possibility of infecting the ear in multiple ways, which is usually termed as otitis media. This is where the infection affects the tube, connecting the ear to the nasal cavity. When it gets infected, the tube swells up considerably. As a result of the swelling, the mucus that needs to be cleared in the first place will fail to find a way out and remain stuck in the tube, infecting it further with the bacteria and other microbes.

In a normal state, the tube can easily flush out the fluids from the ear. But not in this case, which primarily affects babies that do not have a fully matured immunity system or suffer from a weak one due to birth-related problems.

6. Your Child is Suffering From Swimmer’s Ear

Don’t let the name lead you to believe that your baby needs to have entered a swimming pool or any water body to have suffered from this infection. Similar to otitis media, which affects the internal part of the ear, this condition is termed as otitis externa, affecting the external ear canal. If any kind of moisture, either from a bath or even from a moist cotton swab, comes into contact with the outer canal lining, it can irritate the lining considerably. This leads to the baby constantly pulling and tugging at his ear. At times, this can even irritate the lining further and remove its protective covering, which opens up the gateway to further infections.

7. Your Child Has an Ear Infection

Otitis is how ear problems are generally described as, with the primary ear infection being termed as otitis itself. It isn’t uncommon to hear about it and many infants who have completed around 6 months since childbirth, can fall prey to these infections. Behavioural symptoms of such a condition usually range from a crank child, who finds feeding in any form painful. His sleep cycle would also be disturbed and he might even suffer from a temporary hearing loss. Many babies also exhibit fever or a have yellow fluid draining out of the ears, accompanied with a runny nose and painful ears.

General Tips to Comfort Your Baby From Ear Pain or Irritation

Apart from the treatment that your doctors advise, there are many home remedies for ear itching in babies that you can make use of. Some of them are pretty safe and tried and tested for generations. A few others make use of herbs or chemicals, which may or may not be safe for your little one. Consider your doctor’s approval to be a green sign to go ahead with them, and keep your baby healthy and happy. 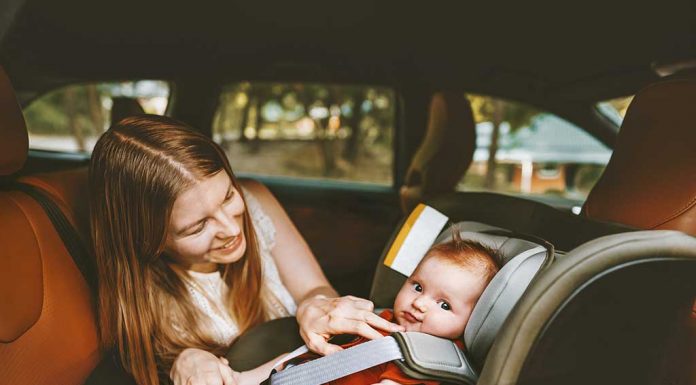 Rear-Facing Car Seat For Your Child: Guidelines And Safety Tips

8 Funny Moms you Meet at the Playground