Home Life & Work Astrology & Horoscope What Does The Kundali Reveal About Your and Your Husband’s Married Life?... 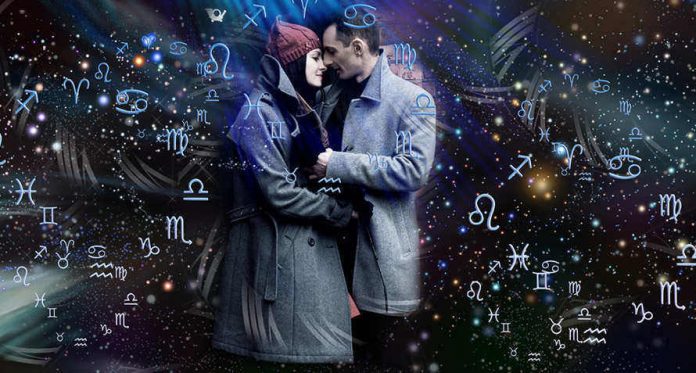 Marriage – perhaps one of the most important alliances you will form in your life. It’s but natural for men and women alike to give marriage a lot of thought – you are about to make a decision that will affect the rest of your life. Being the tough call that it is to take, marriage makes us seek all the guidance and advice we can get – how to do it right, how not to mess it up, what pitfalls should be avoided. People turn to scores of things – marriage counselors, psychologists, family and relatives, friends… we all seek answers to our questions in whatever form they may come to us. And probably the biggest question that we all want an answer to is – how will I know he/she is THE ONE? Do the stars have the answer?

Astrology – The Story of Your Stars

When the stars exploded billions of years ago, they formed everything that is the world… so don’t forget, you are stardust! – Before Sunrise

Indians have been one of the first few people who understood that all those twinkling lights up in the skies meant something. Astrology can be defined as divination on the basis of movement of celestial bodies, particularly those in our solar system. Astrology can give you insights into the future of things, even marriage – which is why many marriage alliances in India are formed on the basis of the kundali.

Here are The Basics of a Kundali:

Unlike the English ‘sun-signs’, our rashis are not decided simply by our birthdates. Rashi are plotted taking into consideration the birthdate, birth-time, and the alignment of celestial bodies at the exact moment at which the child was born. This is why many people believe Hindu astrology is more accurate than English astrology.

The Best and Worst Compatibility Matches

As a thumb-rule it is believed that: the fifth, seventh and ninth rashi from your own rashi makes for a good life-partner. For example, if your rashi is Makar, then Mithun, Sinha and Tula would make good life-partners for you. Most kundali compatible marriages work out in this way – people typically tend to get married to a person of the rashi that’s fifth from their own. However, this is only a very basic guideline. If you study the entire kundali, the reading might be quite different!

NOTE: This is only a guideline. Depending on the particular ideology followed by the pandit-ji you consult, the school of thought he or she follows, the reading of the kundalis may vary.

Matches Made in Heaven

While the factors that decide whether a particular matrimonial alliance will be good or bad are plenty, and while each individual kundali will tell different stories, here are some of the astrologically ‘strong’ alliances:

Matches That Are Not As Astrologically Perfect

There could be tonnes of things that could make an alliance weak or bad – the yog may not be good, the nadis, or guna may not be compatible, and then there is the all-dreaded mangal (but more on that later). In general, however, following alliances should be avoided:

Same Same or Different – Which is Better?

We all must have had this kind of experience at some point in life – where you met a person who just got you so well, you finally felt ‘understood’, completely, for once in life. On the other hand you might have been the rubber to someone else’s glue at some point too – meaning you were so dissimilar that you couldn’t relate even to the idea of such a person existing in the world.

When it comes to marriage, it is obvious to go with the first kind of person – someone you understand, and someone who understands you. Isn’t it? But think about it for a second – if you both belong to the same rashi, which means as a couple, your good is going to be doubly good, and bad is going to be doubly bad. If you are not thrifty, together you are both going to be struggling to manage your finances! But maybe you’ll both have a very lovey-dovey and romantic marriage, since you are both romantic in nature.

In fact, if your rashi and your sun-sign are both same, you may see this in yourself – your virtues and vices will both be intense in nature. Also if you look at the tables above, you will see how self-compatibility of many rashis is not good! A Mithun-Mithun alliance, or a Karka-Karka alliance should be avoided!

On the other hand, differences may in fact help you strike a better balance and make the marriage alliance more stable. A thrifty man will help keep the purse strings of a spend-thrift woman pulled; a patient woman may help a man remain calm through tough situations.

However, this is a subjective matter – which is why you cannot really depend on pandit-ji entirely. What you ought to be looking for is how well the pieces of the jigsaw fit together. Only you are the best judge of what kind of person you are, and what you want in your life partner. Compatibility could mean being exactly alike, or being poles apart. Find out what works for you.

One of the most feared and dreaded graha when it comes to kundali for marriages and match-making is mangal (Mars). We have all at some point in time heard stories of mangalik men and women – how they had to be married to a tree for the safety of their would-be partners, how their partners suffered because of their mangal, how they had to spend their lives in solitude because people were too scared to marry their children to them, and how someone got cheated into marrying a mangalik man or woman.

While our intention is not to belittle these experiences, there are a lot of myths and superstitions that surround the dreaded mangal. If you are worried about the mangal in your kundali, or that of your husband, you must know the following facts:

Do not let one thing in your kundali become the definition of your marriage or life.

What it Takes to Make it Work

Whether you believe in astrology or not, the sun, stars, moon and planets have existed for millions of years before you, and will continue to do so for millions of years after you. On the scale of the Universe, you could adopt either of two views – that everything in the world is connected, and one thing affects another; or the Universe is too big for there to be any kind of order, or harmony in it. A wound on your leg will not inhibit your ability to throw a ball with your hand, technically. However, the wound on your leg could distract you from the task at hand, and hence affect your ability.

So what Do we Do?

Simple: We Create The World We Want.

Ultimately, what it takes to make a marriage work is the willingness to do so, on both – the husband’s and the wife’s part. If you are both committed to make it work, nothing can stop you.

Interesting Information and Facts About the Eiffel Tower for Kids

Picture Pointing and Identification Skills in a 18 Months Old

200 Unique Baby Names Ending in er for Boys and Girls