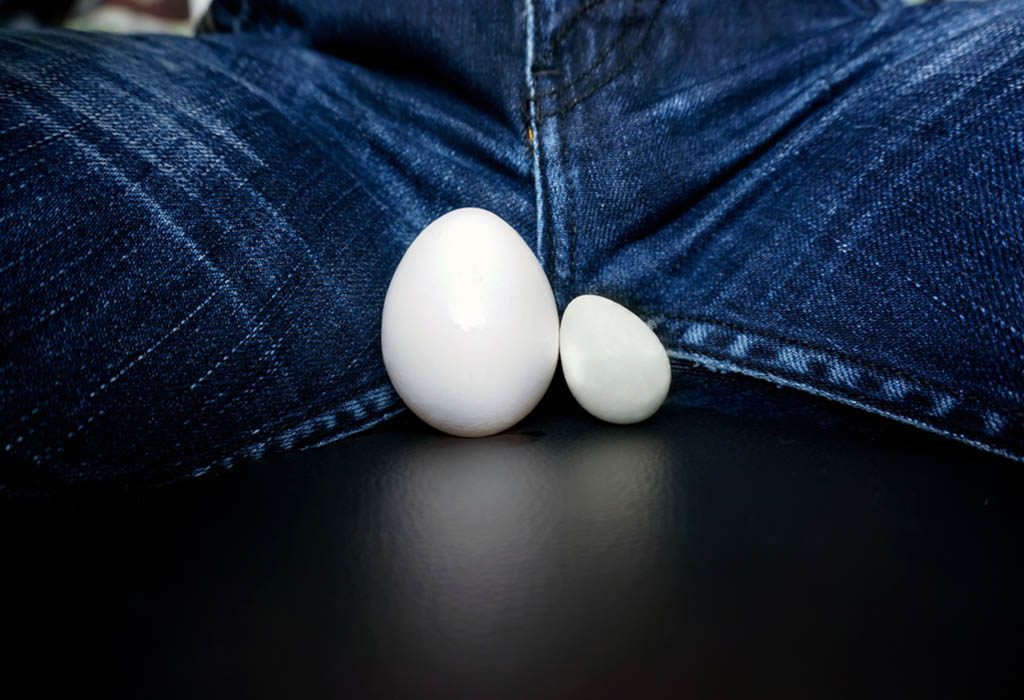 Undescended testicles, a common childhood condition, is a situation where the testicles are not in the usual place in the scrotum. Sometimes, baby boys are born with just one testicle in the skin sac or scrotum lying behind their penis. The other testicle, although present, is higher than where it should be, in the stomach. In a few children, it could happen to both testicles.

What Does an Undescended Testicle Mean?

A testicle that has not moved further down in the boy’s scrotum by birth is termed as an undescended testicle. Medically this condition is called cryptorchidism. In some cases, both the testicles fail to come down by birth. It is quite natural for the descent to be completed within 3 months after birth. Doctors conduct routine checks to keep a watch, and if it does not happen, medical intervention is recommended. Premature babies and babies with low weight are at a greater risk of such a situation. Majority of times, the testicle does move into the proper position on its own and surgery is suggested only if deemed necessary.

How Common is It?

Undescended testicles are found in about 3 to 4 out of 100 newborn babies. Fortunately, most of these cases, the testicles drop down on their own within the first three months after birth. However, sometimes testicles don’t drop on their own even after three months of life. About 1 or 2 of the 100 boys with the condition need treatment.

Factors That Increase the Risk of Undescended Testes in Newborns

There are some pre-determined factors that increase the chance of risk of undescended testes in newborn baby boys:

There are no exact causes known for the occurrence of this condition. However, the risk factors listed above increase the risk of a baby developing this condition. Other factors that have been implicated in babies being born with cryptorchidism include:

This condition does not cause any major symptoms. However, a few to watch out for are:

Urination remains unaffected by cryptorchidism. So there will be no signs there. Cryptorchidism is also not painful.

How is Diagnosis Done?

There are two ways in which a doctor conducts a diagnosis:

1. Laparoscopy – A small tube with a fitted camera is inserted into the abdomen via a small incision to locate an intra-abdominal testicle. The doctor might be able to fix the problem during the same procedure

2. Open Surgery – A more direct and detail exploration of the abdomen and groin will be needed in some cases where there may be signs of no presence of testicles at all. This is done via a larger incision in the abdomen.

Imaging tests such as MRI, scans and ultrasounds are not recommended to diagnose it.

Orchidopexy is a surgical operation recommended by the doctor within six months to two years of age to treat cryptorchidism. Performed under general anaesthesia, the surgeon looks for the testicle and brings it down to its place in the scrotum. If the testicle is quite high in the stomach, the operation may be performed in two stages, six months apart. On certain rare occasions, the surgeon may find that the testicle has not formed properly or is damaged. In such cases, the damaged testicle is removed, and the healthy testicle is placed securely in the scrotum for healthy development. In some boys, the testicle goes back again after cryptorchidism surgery, so it is recommended that routine check-ups are done to monitor the treatment.

What Can You Expect After Treatment?

The success rate of a surgical procedure to correct a single undescended testicle in males is 100%. Such males will have normal fertility after surgery. But in the case of males with both undescended testicles, surgery does not always guarantee increased fertility. Surgery also reduces the risk of testicular cancer but does not eliminate it totally. 10% of males who undergo the operation experience reduced fertility at a later stage in life.

There are complications involved in a testicle not being located where it is found:

How to Cope With Cryptorchidism?

The absence of testicles- one or both may make your son conscious about his appearance. There may be anxiety and stress to deal with peers if needed to undress in front of others. Some ways to him cope with these are:

Make sure that you conduct routine checks while changing diapers and giving a bath. Ensure that you monitor the period after treatment very carefully. When your son is about to reach puberty,s explain the physical changes he can expect and how he should examine his testicles to eliminate any problems in future.

If you find that your child’s testicles are not within the scrotum, then you need to call the doctor. A doctor can conduct a physical examination to diagnose an undescended or retractile testicle.

1. Can undescended testicles cause pain?

The condition is not known to cause any pain and doesn’t affect urination.

2. Can the testicles still descend after birth?

In most cases, undescended testicles descend within three months after birth and doctors generally wait until that period to suggest any further diagnosis or treatment.

3. Are there any chances my baby develop testicular cancer when he gets older?

4. What happens if an undescended testicle is left untreated?

A testicle needs to stay in the scrotum where it is cold and conducive to sperm count. If it stays longer inside the body, the sperm does not mature normally. If both testicles remain undescended, it can cause fertility problems later. There is also an increased risk of testicular cancer. It can also cut off the blood supply, causing pain in the scrotum and damaging itself permanently.

Undescended testicles are not uncommon, and it is a cause for concern. However, in most cases, the descent happens naturally, and there is no cause to worry. It is just routine monitoring that is needed.